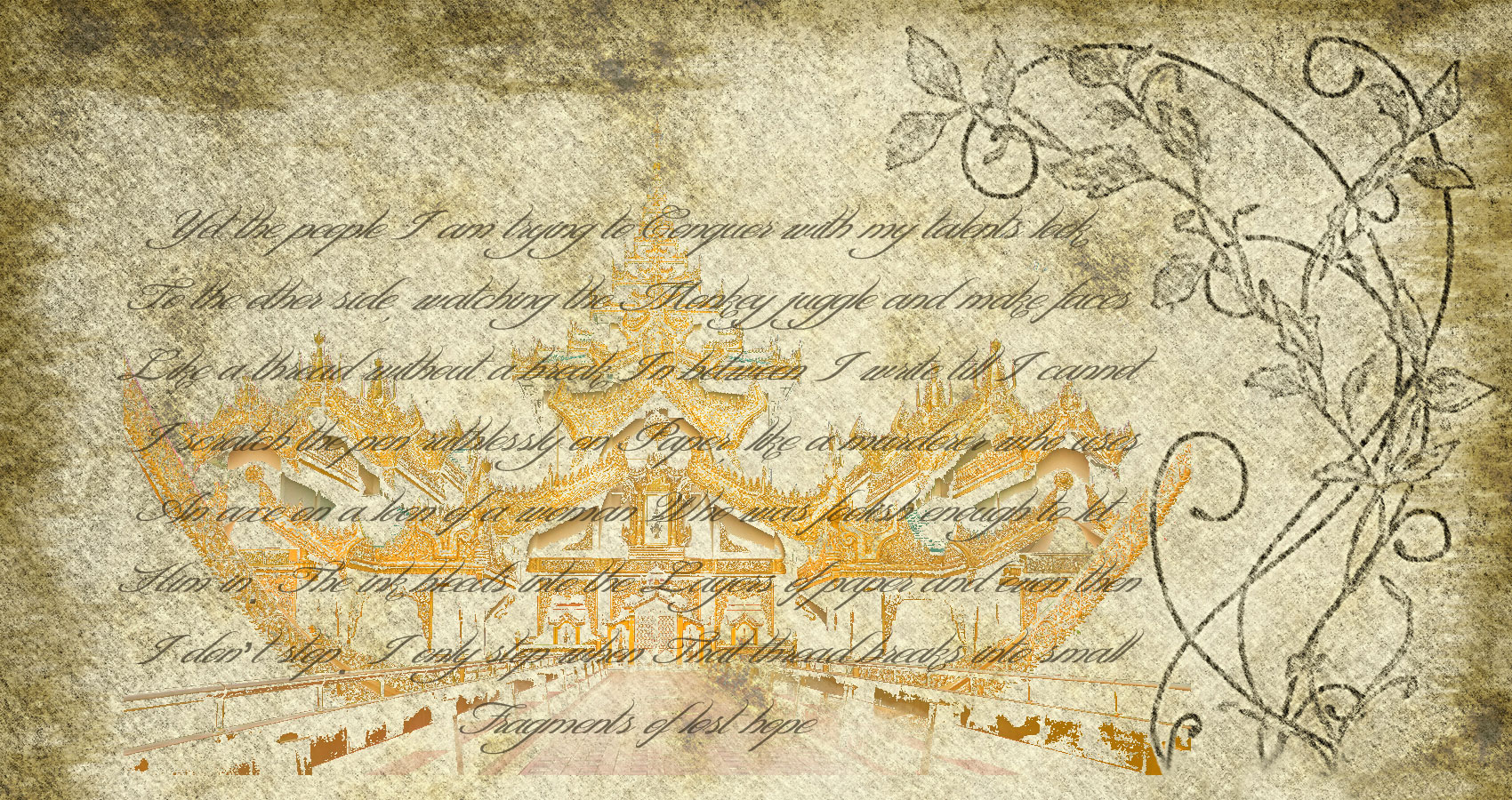 A Palace of Illusive Writing

A Palace of Illusive Writing

Over analysing and persistent
Scrutinising of different facets of
Delusional disorder start deluding
Me slowly. I dive deep into its causes
And come back to the surface only
To be forcefully blinded by my
Subject who only sees one thing and
Breathes the same. I am drowning now.
Deeper into the consequences of such
A malignant disorder until it consumes
My every being. Until the Rabbit from
Alice in Wonderland starts hopping on
Unreliable and shaky branches of trees
In front of my eyes. I am at the bottom
Of the river and the last thing I touch
Is the fur of the rabbit that has no
Business even being there.

Thin ribbons of wood
Whose texture is deceptive
To the human eye. Instead
Of feeling supple and silky,
These are elements of utter
Desolation; it is death of
Nature by nature.

The thunderstorm that
Reduced the tree to these
Egregious strands of nothing
-ness say more than necessary.

Her veil that was uncovered
With a certain harsh force
Has reawakened a fire that
Had once burned. The veil of
Nature has been lifted and
Now all it can do is roar,
Twist and turn.

I could gulp mouthfuls of fire.
Or I could swallow buckets of ice

I could walk on merciless embers
Of coal until my feet are ashen.

Yet the people I am trying to
Conquer with my talents look
To the other side, watching the
Monkey juggle and make faces.

Like a thread without a break
In between, I write till I cannot.

I scratch the pen ruthlessly on
Paper, like a murderer who uses

Him in. The ink bleeds into the
Layers of paper and even then

I don’t stop. I only stop when
That thread breaks into small

Avantika Singhal is now a sophomore studying English Literature at Regents University London. For the past year, she has been delving extensively into spoken word poetry and performing it around London and her hometown- Jaipur. She hopes to have her own anthology of poems published in 2019.