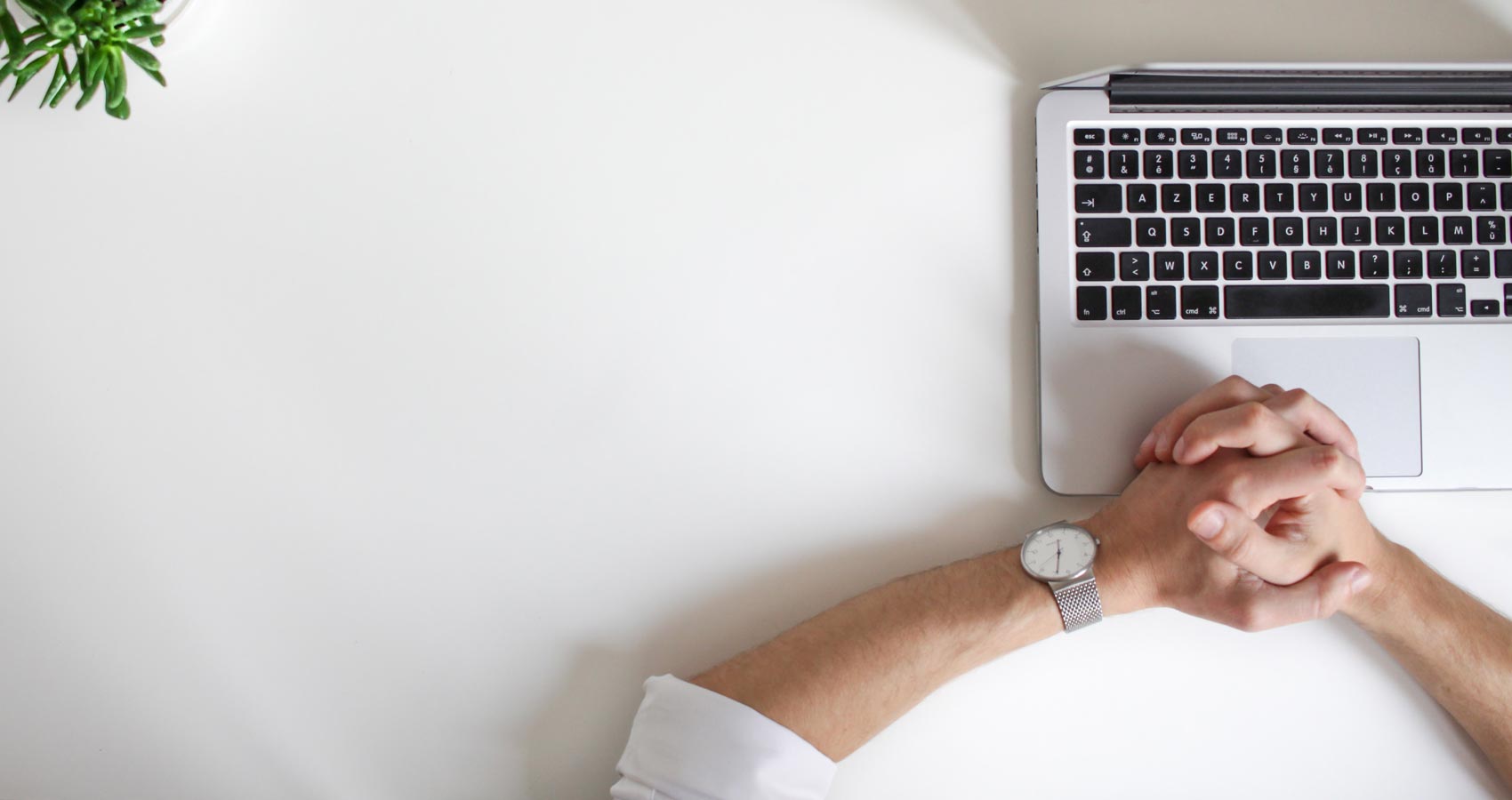 Decorated was the word that first came to mind when he noticed her cheeks. Breaking eye contact only very briefly because he wanted to hold her gaze as long as possible, the strange patterns on her cheeks caught his attention. They might have been scars, burn scars or, had they been located somewhere else on her body, the kind of scars left after a surgical attempt to remove tattoos. The thought intrigued him and suspended the moment of greeting in time.

Suddenly aware of her soft hand inside his, he let go and stepped back gesturing for her to take a seat. When he had settled himself opposite her, he saw that she was watching him and he instinctively stiffened. Her eyes were huge, round and dark chocolate. Adorned with lid liner and shadow, her lashes were spruced and unnaturally thick, and she would have elicited a comment in his mind about her being overdone had she been someone else. Had they been somewhere else. Everything seemed different. He felt different. She shifted her weight slightly and tilted her head to the right, apparently waiting for him to speak.

Embarrassed, he cleared his throat and summoned sufficient strength to concentrate on what he was supposed to be doing. But even as he spoke, those funny marks on her cheeks wrestled for his attention. They could have been freckles, although they were lightly coloured in contrast to her olive complexion, but not single freckles gathered together in clumps. More like thousands of them packed into adjacent rooms for all night dance parties. This thought amused him, and his accidental smile was returned warmly and sincerely. This woman was breathtaking. Not classically beautiful because of her cheeks and the way her thick black hair was held away from her face in a clumsy ponytail -she looked like she had spent all her preparation time on her face and not left enough to do her hair properly. She was indisputably stunning nevertheless.

‘Why are you here?’ he asked her. ‘Why have you come here today?’

‘Well,’ she began slowly, finally looking away and thus releasing him from the spell she was casting over him. ‘I think I need to improve my reading and writing.”
A perfectly constructed sentence delivered in a languid Middle Eastern accent. Improve, he thought, how could you improve on perfection?
‘Yes,’ he replied. ‘Is not being able to read and write as well as you would like to stopping you from doing something you want to do. Like further study, for example?’

She thought for a moment, averting her eyes and thus giving him the chance to study her more closely. From her full lips dressed in red, over her chin and down her slender neck, his eyes stopped when they reached a golden angel sitting astride her cleavage. The line of the thin chain which suspended the angel matched the low vee cut of her white dress.

‘I would like to go back to work now that my children are older.’

He loved the way information was revealed slowly during these interviews, morsel by juicy morsel, peeling away the layers of protection, the walls people built around their personal lives. Those walls invariably crashed to the floor as the interview progressed. Whether verbally, in their speech or their writing, or non-verbally in their body language, they communicated their lives to him, their hearts and minds and he was an avid reader.

‘How old are your children?’

‘I have three. Thirteen, eleven, and nine. All girls.’

It was impossible not to stare as the enchantment grew, filling the room like fog. He had thought she was probably aged in her early thirties. It was hard to tell sometimes, especially with women who were able to hide their age so much more efficiently than men. However with children that age she was more likely to be in her late thirties, even early forties though that was scarcely believable. Desperately curious to confirm his suspicions that she was older than she looked, he selected a piece of paper from the pile on the desk which filled the space between them and placed it in front of her.

‘Please fill in this form.’

Date of birth was the fourth question, so he watched eagerly as she wrote, his eyes glancing occasionally past her hands with jewelled fingers, to her breasts which seemed to have risen higher, threatening to spill out of her dress. Maybe it was the way she was sitting, leaning forward with her arms pressed tight into her sides.

She wrote 11/9/64. He wanted to tell her how surprised he was that she was forty three and how beautiful she looked but he couldn’t. How could one compliment a woman without her thinking that you were a pervert at worst, or a sleaze at best? The words would always be construed as flattery with intent, no matter how politely you phrased them. How could one be sure in himself that the words were merely a genuine compliment and not expressions of desire, or worse: lust? How could he be sure? There was a place, an inside world where he could be alone with his thoughts and feelings, where he could sift through memories and adjust them as necessary and use them however he wished. A place to fantasize and twist reality to feed his insatiable lust. It was a place of both refuge and repression. A haven and a hell.

The interview proceeded normally; she answered questions, did the tasks, the reading, the writing and the mathematics while he filled in forms, ticked boxes, interpreted and analysed both her and her work, made her laugh, made her blush, made himself blush with his boldness, noticed the delicate chain around her ankle and her painted toenails, and averted his eyes when she needed to adjust her clothing to recover what was being gradually, conspiratorially revealed. All the while he wondered whether the chemistry he felt between them was real or imagined, and whether the way she tilted her head and played with her hair was flirtatious or merely absent minded. He even went so far as to suggest they could go on talking for the rest of the day, and she had agreed, and although the exchange was light-hearted he felt the words expressed genuine sentiment. He really did enjoy her company. This admission was followed by a fist of guilt jabbing him in the ribs a few times. He was married and so was she.

‘The interview is finished now. You can go and have a nice cup of coffee. Thanks for your time and good luck,’ he said, slowly standing up.

She smiled as he took her soft hand in his and he wished her well a second time.

They stood behind the door in the small interview room savouring a ridiculously long good-bye. The truth was he did not want her to go and she was in no hurry to leave. In the pregnant silence, he began to feel dizzy and was still holding her hand when he opened his mouth to speak. Nothing but air escaped his nervously dry lips, and soon he felt as though he was drowning, like he had fallen into the deep, deep pools of her eyes and they had magically stolen his ability to swim. Seconds passed recklessly into what felt like long minutes as they stood there. Still, no words were spoken and the door to the outside world remained firmly shut.

Finally he released her hand, more from the carelessness of drowsy enchantment than deliberate action, and she looked away. The moment was over. The spell, shattered.

‘Goodbye,’ she said quietly as she opened the door. ‘Thank you.’

Then she left the room and walked away down the corridor. Away from him, away from the mysterious connection they had just undoubtedly shared. He smiled. She was now a new resident in his inside world. A traveller who had landed on his planet and not been allowed to leave, despite wanting to. A fellow prisoner, though not consciously aware of the fact, or even vaguely impacted by the reality of her incarceration.

He sat down, and when he had completed the paperwork and written in his comments and recommendations, he collected all her papers and placed them neatly together inside a red manila folder. He closed the folder and read her name one last time.

Heavy metal lover and cricket tragic, D.A. Cairns lives on the south coast of News South Wales. He works as a freelance writer, has had over 80 short stories published, and has authored six novels to date as well as a zoological memoir.