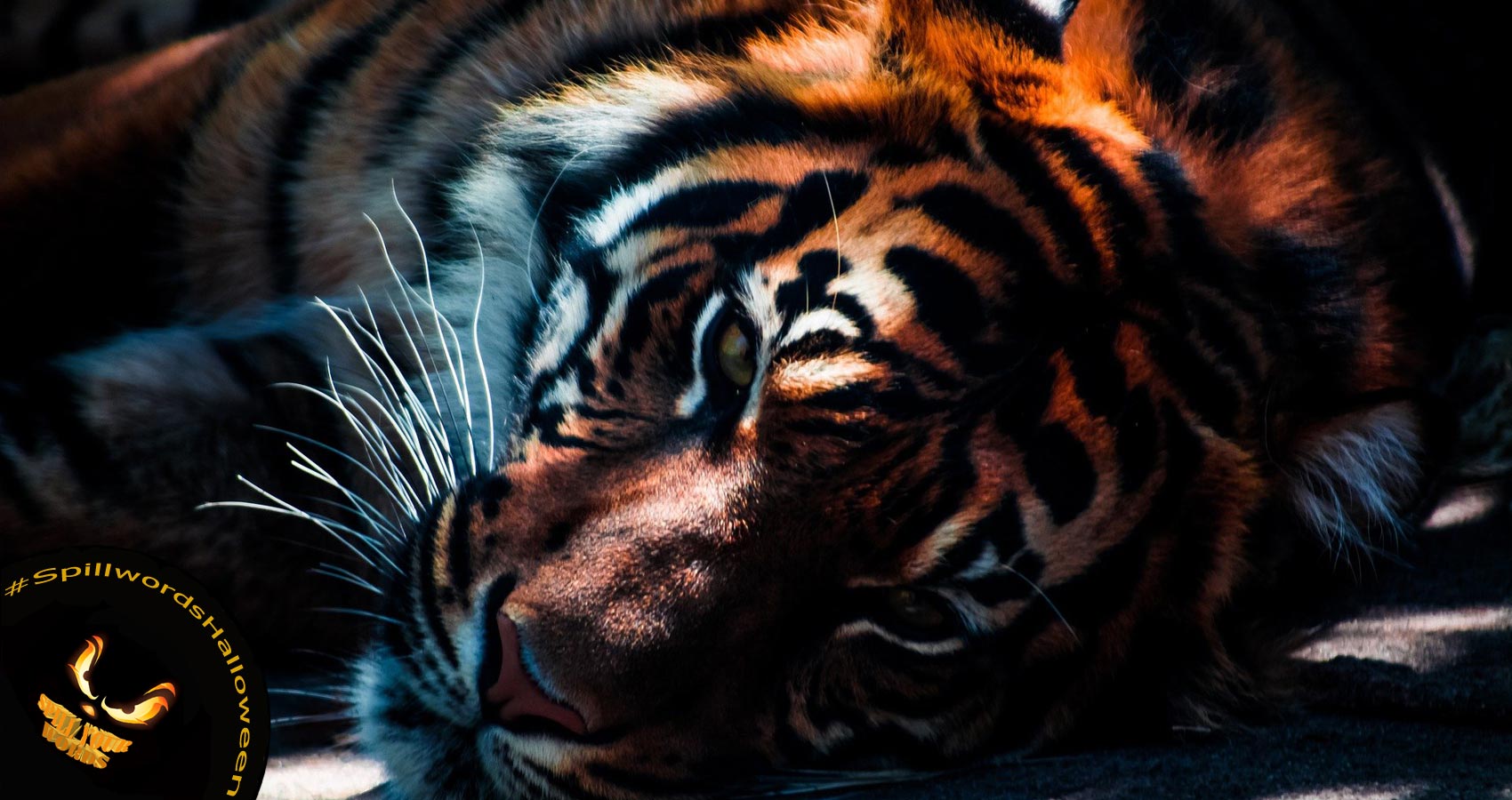 The color of a ripe pumpkin has been
the tone of the clothes of Mr. Kaczynski and
Mr. Manson, for instance.

Before his death, Charles Manson asked, when
will the oppression of the likes of him stop?
It’s 2021, and nobody has answered.

Many Americans love Halloween,
Leprechaun,
Freddy Krueger,
and a zombie with a Luger,
but they despise
the white men breaking the static atmosphere of
the real-life Candyland.

You cannot say that you are the protector of light if
you are ready to deny somebody’s right to
live a life without iron bars and if you try to
force him inside a small vault.

To many Americans, the idea of a tiger in a cage is
an abomination,
but the idea of a man in one is a delight.
Who is the real-life Halloween villain:
Mr. Kaczynski,
Mr. Manson,
or the one who kept the cell door locked?

Paula Puolakka (born August 18, 1982) is a Beat poet, writer, and MA (History of Science and Ideas.) In 2019, The Finnish Reserve Officers' Federation gave her an honorable mention, honoring the academic legacy of Mr. Ludwig Wittgenstein & Mr. Theodore John Kaczynski. In 2018, 2019, and 2020, Puolakka landed first and second in various writing contests and challenges. She was also given honorable mentions. In Dec 2020, the PhDs of Tampere University gave her appreciation: her academic article - celebrating her Master's thesis of 2012 and the academic legacy of Mr. Kaczynski & Mr. Wittgenstein - was published by Hybris. In April 2021, Puolakka won the second prize in the "Lahti, the European Green Capital 2021" writing competition. Her story celebrated "Teddy." In June, her interview was published by Penable. In Dec, she was interviewed by Fevers of the Mind. She also landed second in the writing contest held by Haloo Maaseutu (monitored by the Centre for Economic Development, Transport, and the Environment.) From Aug 2021 to Feb 2022, Puolakka was the representative of the City of Oulu.