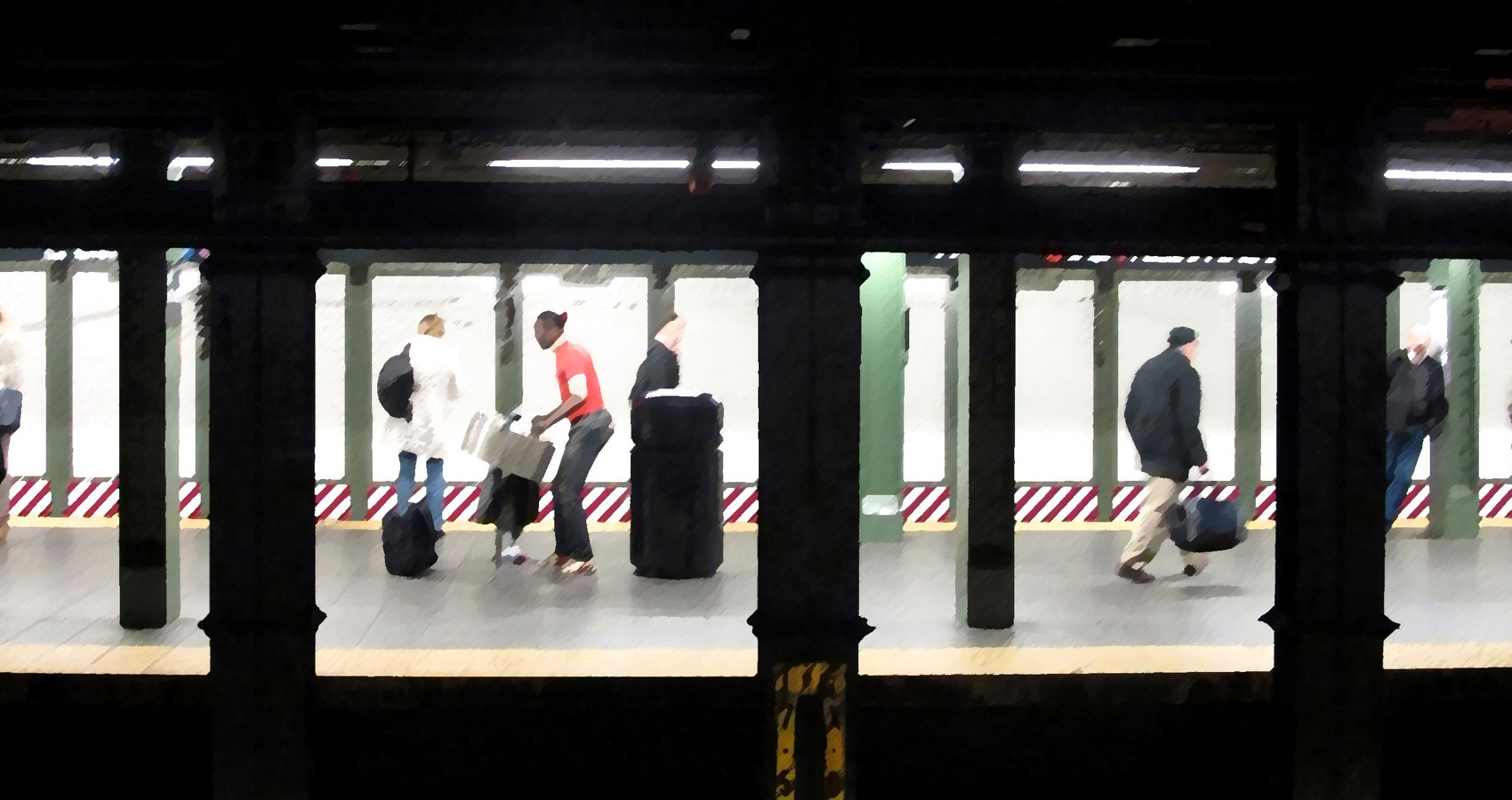 I almost passed my father on the subway (#6) this afternoon. I was moving—making room for the influx when the line stopped with me looking down at him. He was wearing a Yankees hat, a parka, and scuffed work boots. He was holding a worn briefcase. I hadn’t seen him in more than twenty years, only in the newspaper. He has his picture with his column: Tell Ben a Secret. He looked up at me and I knew he had no idea who I was. I knew it was him. A man sitting next to him said, “See you, Ben.” Also, I have his picture on my mantle with other keepsake pictures. The seat next to him vacated at the next stop and I took it.
He didn’t bother looking up when he said, “You’re missing your chance.” He had a Kindle in front of him as he spoke and could’ve been reading but my imagination went into over drive. “After all these years,” he said/read and never changed the expression on his face.
He got up when the conductor announced Astor Place next stop. He walked over to the door and stood to wait and I went to the other door. I watched him get off the car and I did the same. He turned and followed a lady back onto the same car. It reminded me of a Gene Hackman scene in The French Connection. I stood watching him as the #6 rolled on towards Brooklyn. He had his head turned down looking at his Kindle as I stared at him.
He was right in what he said but he made no move towards me either. He missed his chance. I wondered if he was on the 6 heading towards Brooklyn each day at this time and if I’d leave work early once again to find out and if I did would I start a conversation.

Paul Beckman’s a retired air traffic controller. He was one of the winners in The Best Small Fictions 2016!
His latest collection of flash stories, "Kiss Kiss" (Truth Serum Press) is available at Independent Book Stores & Amazon. Some places his stories been published: Literary Orphans, Matter Press, Spelk, Playboy, Yellow Mama, and Pank.
Paul had a micro-story selected for the New Norton Anthology on micro-fiction.