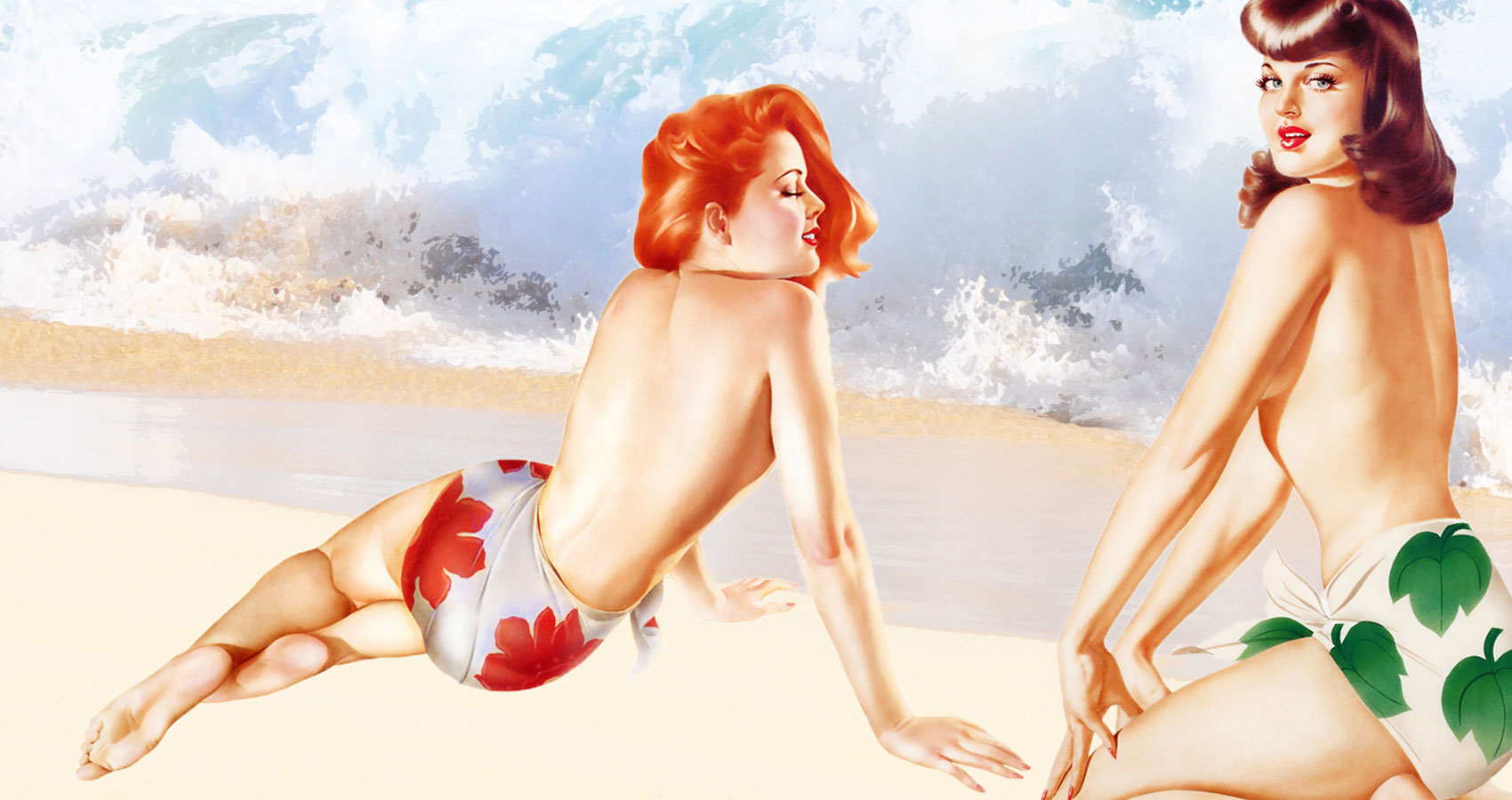 All Hands On Deck

All Hands On Deck

When Tina felt her tan line traced
By tender fingers on her waist
Beside her string bikini knot:
She woke up to an impure thought.

Her mind reeled and her heartbeat raced;
Her breaths grew shallow, closely spaced;
What means this flutter in my belly?
Tina thought. Do I love Shelly?

In fantasies of prurient taste
The two girls lustily embraced
And, eyes exchanging loving gazes,
Whispered each the other’s praises.

Flirtatious, Tina turned and faced
Her girlfriend with her top unlaced
Then saw to her chagrin, her friend
Wave to her from the deck’s far end.

Her smile, bewildered, wholly chaste
Made Tina feel a bit disgraced.
She realized now the tickling motion
That woke her had been trickling lotion.