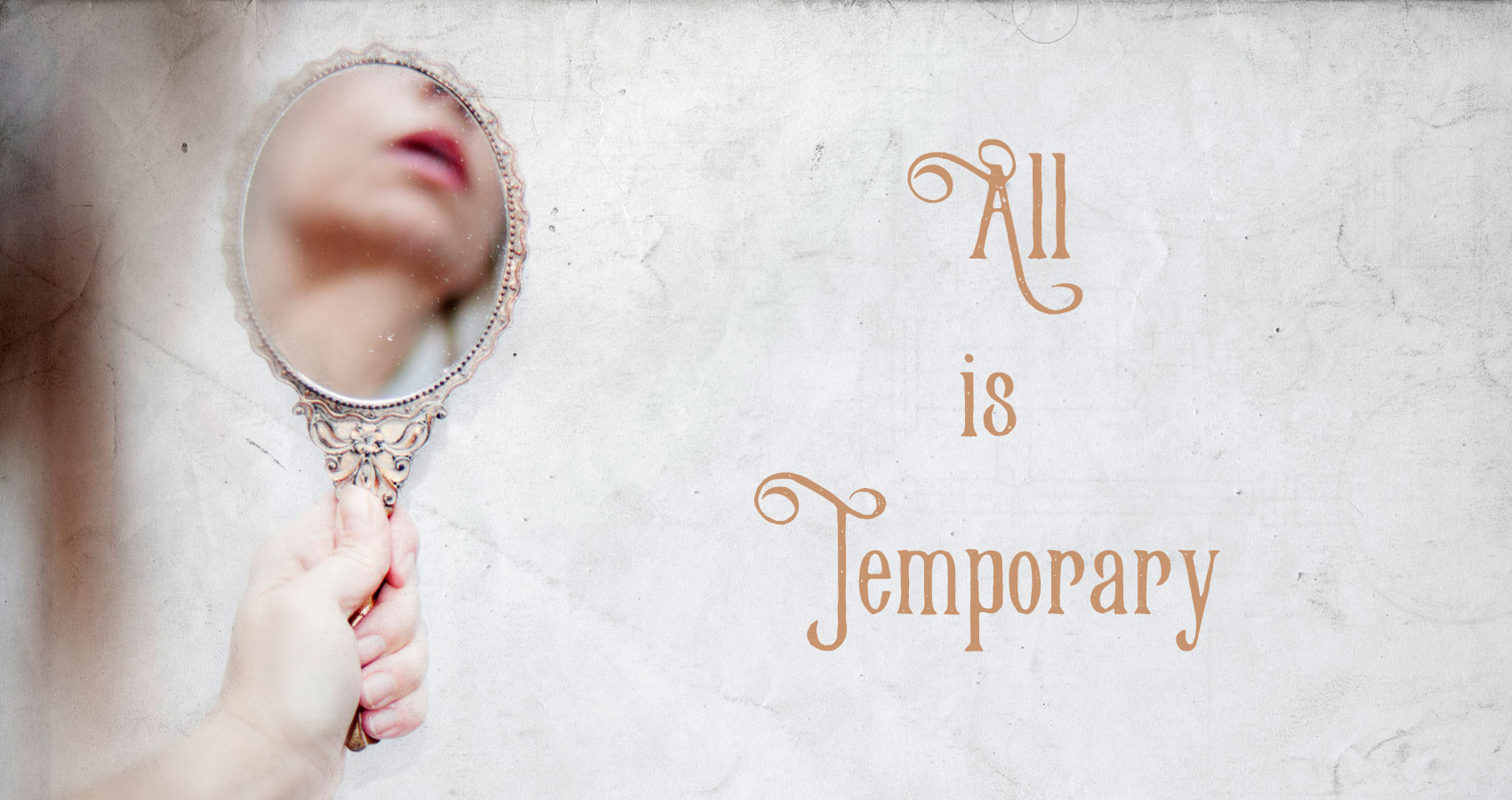 I’m nearly old, she said… to no one,
Before the mirror,
Tracing a line down her cheek
With a fingertip,
Lost in memory.

She sighs.
A chill; her soul shivers.

This is the face that boys
Longed to kiss, she remembers,
Remembering the power of it.
Yet now the boys are men, although not as many.

The face that felt the chubby caress of
Her children’s hands,
The face she could depend upon.

A breeze ruffles the curtains,
Touches the flower beside the mirror.
Her eye caresses the exquisite
Design of it,
Built for
A moment
Of perfect purpose.

“You are nearly old, too,” she says, tracing the line of the
Petal with her finger.