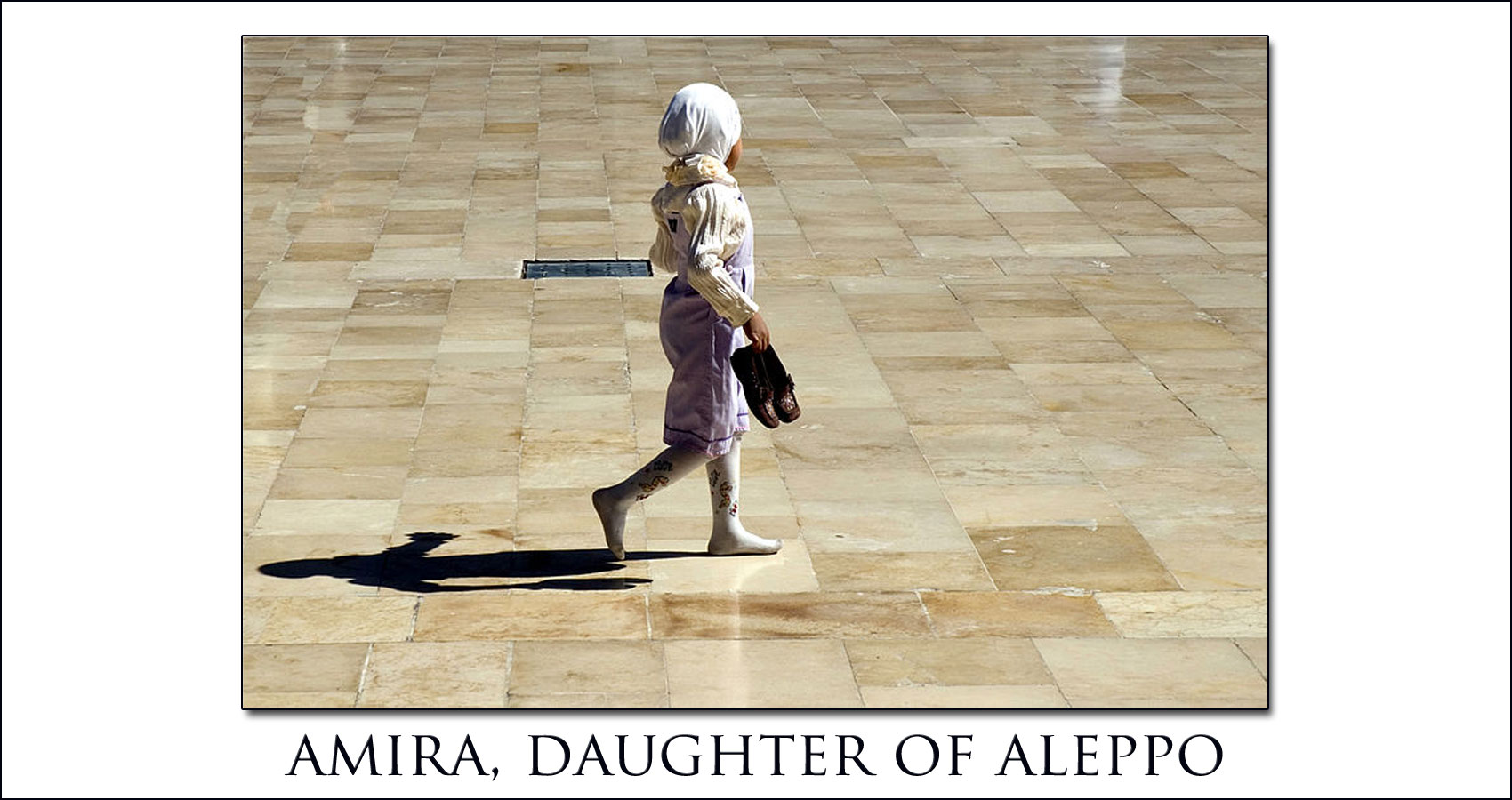 U.N….N.A.T.O. majority, action-less vetoes,
Western Allies deem her home a no-go.
Innocent daughter of once proud Aleppo
cowers with cousins in a burnt-out ghetto.
Amira seeks sibling, Sami, in playtime dreams,
to sleep-escape his wounded screams.
Scar-scalded by a Putin bomb in Bustan Al-Basha,*
ordered in by a Godless, despotic Pasha.
who seems hell-bent
on murdering the town’s children… forty percent.
Five-year-old ‘rebel’ rubble-pulled by White Helmet hero,**
kindergarten reduced to pulped ground zero.
Second City, Jewel of Syria, tarnished by shell and gun,
brothers and sisters felled on Sunni morning’s school run.
Ancient Citadel once protected all-comers well,
shelled into a choke-gassed, battleground hell.
Little boys and girls too young to mourn dead classmates,
cling to mothers behind walls, iron gates of hate…
Forever waiting for a Happy Birthday…
There’s no Birthday…
There’s no mirth-day…
Lost the right to feel like every child should
to cuddle them now…if only we could…
offer a savoury sip of warming Kammun***
a healing hand to a terrified mum…
Shell-shocked places, frightened faces…
So they force a smile and brave-wave for News at Ten,
Can we save them?
I don’t know when…
Dressing gowned viewers teacups fill with tears
as they tune in to Syrian fathers fears
of no tomorrow
or Hope tomorrow.