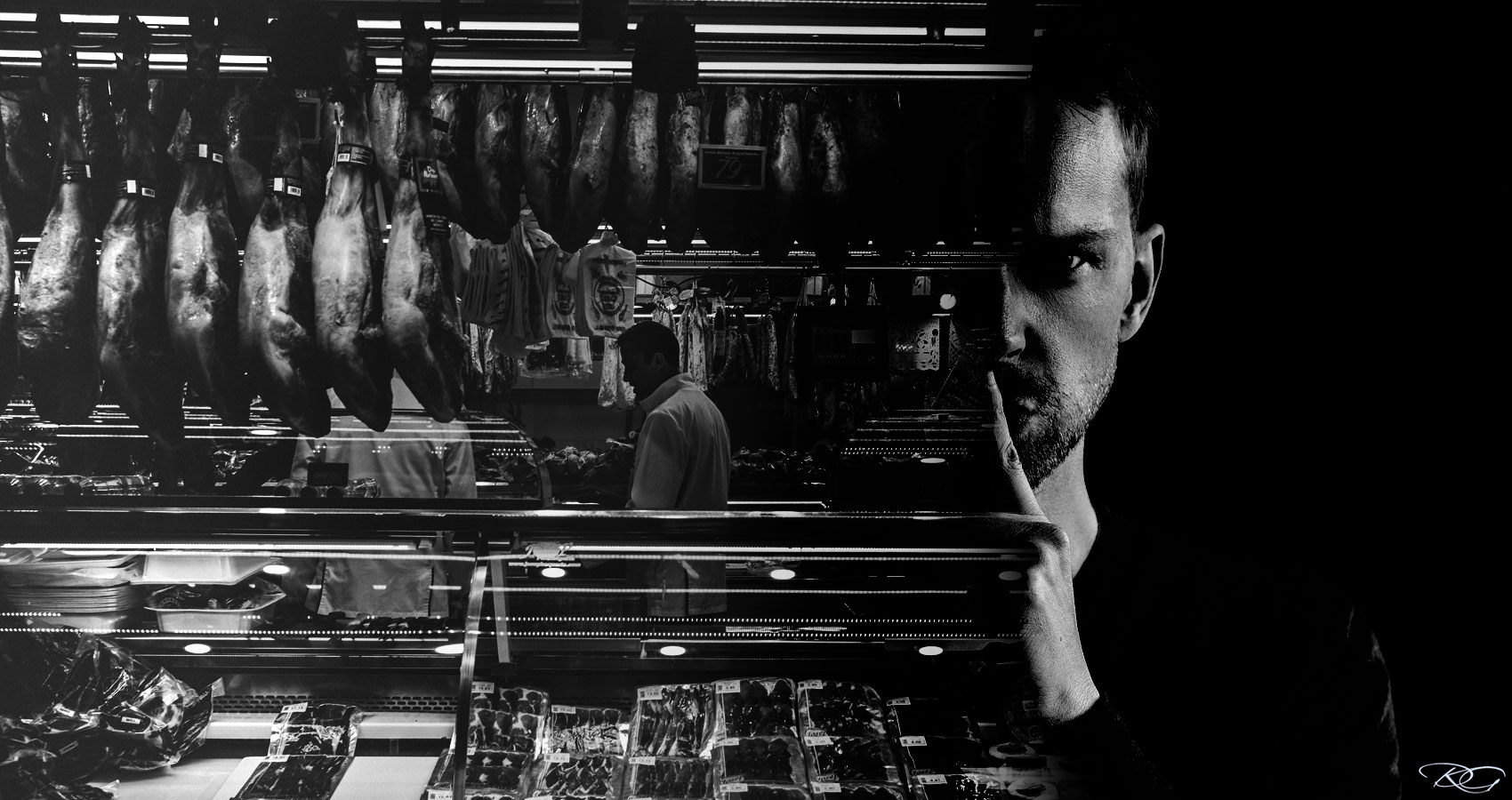 You have rice with it. Everybody does. You do not have chips
With chicken a la king. This couple outside a butcher’s shop.
Chips. I want chips. Emphatic. She looks at him and rolls her eyes.
He looks at her and shrugs his shoulders. Stand-off. Pig’s head backdrop.

In the shop she buys chicken breasts. Outside he leans on the glass.
He looks inside. He knocks the window, taps his watch. She’s chatting.
He shakes his head. She comes out, gives him a death-stare. On they walk.
Outcome unknown of what was served up with chicken a la king.

It’s predicated on a different suite of relationships.
So said a plump man in a business suit, white shirt and club tie.
He was speaking on his phone the way Olivier would have,
His theatrical voice bouncing off a betting shop window.

Put it on the agenda for next Thursday. We’ll sort it out.
It is not in the eavesdropper’s gift to ever interfere.
The urge to hand-signal a turn-it-down gesture was strong.
But a lad yelled, They can bloody hear you in Timbuktu, you know

No way can I drink coffee without sugar. Three heaped spoonfuls.
The sugar police can sod off. And as for standing outside
For a smoke, don’t start me. Her friend nodded like a dashboard dog.
I’ve no time for any of them, the ones that make up the rules.

Anyway, how’s your Dan doing after the operation?
Her friend, clearly tired of the rants, changes the subject.
They stop at a cashpoint. The ‘sugar’ chum inserts her bank card.
He’s not bad. He can walk alright but it hurts when he turns left.