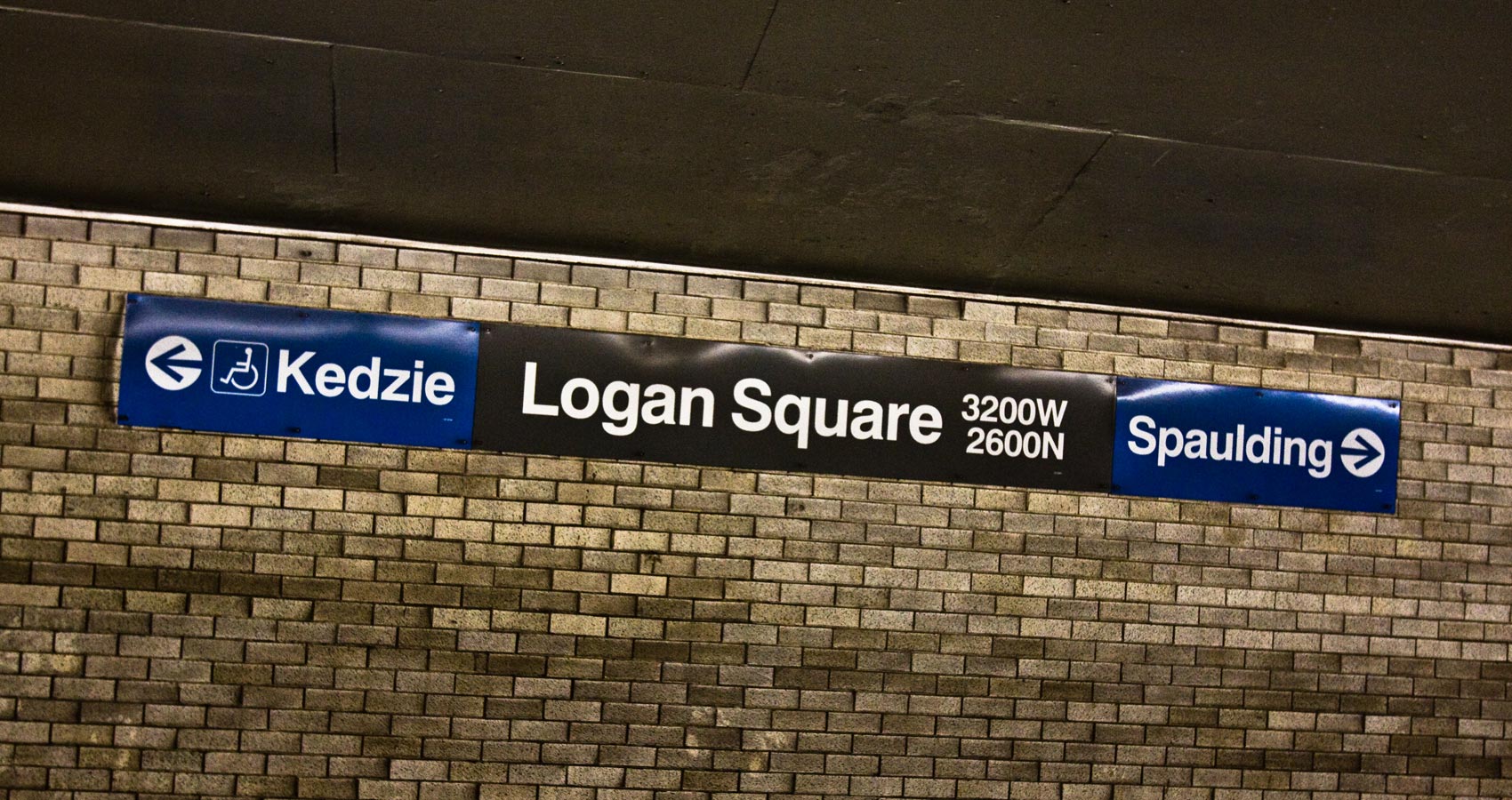 Frank sent the text message on his iPhone to Kevin adding Ed and Terry as recipients. The three would get together on occasion often reliving memories from their years as journalists working in Chicago news media. Collectively, they had seen the Cubs break a 108-year world series drought, budget crises in government, the crime cycle go in and out like the patrons at a fast food drive-through, The White Sox ball park change names a few times, and traffic congestion remain constant on city freeways like the Kennedy.
While having their weekend continental breakfast over the “Tribune,” Frank opened the window blinds and said, “Sara, the boys and I are getting together later this morning.”
“Will you be home for supper?”
“I’ll get something out.”
“Something or someone?”
“Hey, I still turn heads.” Both shared a brief laugh.
“I have a hot date anyway. So don’t worry about me.” Sara poked Frank in the ribs on telling him that.
“Worry about you? Hell no. You’re a capable woman.”

Frank looked at his watch while awaiting the arrival of the crosstown train. The station platform was quiet. A handful of people in wait for the L trains. Some held mobile devices, others bags or passed the time in idle thought. The 10:36 crosstown train passed by the Logan station missing the scheduled time, and the next was scheduled at 10:43 a.m.

Frank glanced around the premises, noticing a bright object leaning against one of the station columns nearby on the platform. He ambled over to get a closer look. Adjusting his line of vision, he observed the object was connected to a timer. Bending down, he then realized the impact of what was before him; either a nail bomb or pressure cooker bomb with eight minutes remaining before detonation. It appeared to have a blasting cap and iPhone for timer. For a moment he thought of his time in France as a journalist covering a terrorist incident in the early 2000s involving a similar looking bomb. Historically, these had been used by groups abroad. Generally these devices were easy to make and not too expensive compared to other Explosives. Frank had two choices: call the authorities or diffuse the device himself, but then what? There were seven minutes fifteen seconds before explosion.
Frank called CPD as seven minutes eleven seconds remained.

“My name is Frank Silakowski. Send a unit over here to the Logan Street Subway Station ASAP! A bomb is planted on the platform. It is due to go off in six minutes, hurry! I am at the Logan station platform.”

Frank remained on the phone with the dispatcher. His speech, soft, so as to not draw immediate attention. Within moments he was approached by a tall muscular station security agent identifying herself as Olive Badeau. She was accompanied by CPD officer Patrick Campbell.

“We’ll wait with you for the unit with the vibrometer.”

“It’s a new device that can measure the strength of the Explosive Device. They have been out for a couple years.” Frank appeared anxious and began looking around the waiting area. He heard a mother comforting her child; a couple in deep conversation, an older man walking with his service dog. He hoped they and he would live to see the rest of Saturday and their life. He had been struggling with depression for some time, but now, this moment had inspired the sense to get on with living. He wanted to share good times with his wife and his friends.

“Frank, did you have anything to do with this bomb being here?” Officer Campbell asked.

“No sir. I spotted it while waiting for the crosstown train. I got things to do.”

“What kind of good old assurance can you give us?” Officer Badeau inquired.

“I guess you just have to trust me.”

As four minutes remained, the CPD Special Unit entered the platform area and Officer Salak immediately retrieved the bomb and began to dismantle the Explosive Device. It was a pressure cooker bomb on initial and later analysis.

Frank broke the silence by addressing the group still feeling rather anxious.
“Oh shit! I didn’t expect a party with more strangers.”

“From right to left: I’m Officer Ratcliffe, and with me is Officer Orbin, Officer Praine, and Officer Salak.”
“Officer Salak is the tech who just diffused the Explosive Device.”

“That’s right.”
Officer Ratcliffe and Officer Campbell, like him, were middle-aged men.

“Frank, I’m Officer Kathy Praine. Would you come with me and Officer Rene Orbin please?”

“Station house. We have some fresh coffee and questions.”

“What about this Officer Salak? She coming along?”

“No, she’s going to do some detailed lab work on the explosive device.” Frank’s eyes slightly raised at this pronouncement.
“That’s fine. However, let me text my friends and let them know that three ladies delayed my Saturday plans.

Frank and the officers traveled in silence. The CPD station house was under two miles from the Metro station. Officer Praine and Officer Orbin escorted Frank on either side into a small conference room containing a table for four, video recorder, and coffeemaker with implements. Each prepared their own coffee.

Minutes later a knock was heard on the conference room door. It was Ed Flemming dressed in a blazer displaying his credentials as member of the Illinois Bar Association.

“I am here as Silakowski’s attorney. Any legal matters go through me ladies.”

“Ed, glad you could show. These ladies are eager for a Saturday date and I’m not their type.”

“Frank, relax honey. Your gig is just about over,” Officer Orbin lightly patted Frank’s hand with her palm.

“Where did you get the parts to make the bomb?”

“I didn’t make the damn bomb.”

“I saw the bomb by the platform.” Frank pounded his fist on the table. “Won’t anyone believe me?”

“Officers, is there a video feed in the subway station that would record pedestrian traffic?” Ed inquired.

“We can have that checked out,” Officer Orbin said.
“Frank, where were you before arriving at the Logan Station?”

“I had breakfast with my wife and told her of my plans for the day.”

“Your plans, which were?”

“Spend Saturday with my boyfriends. We’re polygamists.” This did elicit slight laughter.
Officer Praine refilled her coffee and then took her seat among the group.
“Frank, give us an idea of what happened on Friday.”

“I got up and did my morning routine, shit, showered and shaved. I had breakfast consisting of toast and oatmeal. Went to the doctor for my quarterly medical check-up. Came home, viewed the Cubs game on television. The wife and I spent the evening out with another couple. We came home and went to bed; kissed good night and went to sleep.”

“Why do you have quarterly medical check-ups?” Officer Orbin asked.

“My business, not yours,” Frank said.

“He is protected under the Health Insurance Portability Act officer,” Ed stated.

“Very well.”
“So, your only experience with explosives was in covering this news incident from the early 2000s?” Officer Praine asked. Frank nodded affirmatively.

About an hour had passed and then Officer Salak knocked on the conference room door and entered.
“I have new information about the Explosive Device from the Logan Station. Lab work shows that the bomb was constructed by two high-school students who have been identified. An all-points-bulletin is out for them and their arrest. Mr. Silakowski appears to be innocent of any involvement whatsoever, other than finding and reporting the Explosive Device at the Logan Station.”

“Frank, you are a hero,” Ed stated with pride.

“Frank, I apologize for the group that your Saturday was wrecked. You did save many lives today,” Officer Praine said.

“Let Ed drive me home. I’ve had enough questions and unexpected for quite a while. I am tired of the ongoing crime in our city. I am tired of our national leadership being accused of this and that every single day by just about anyone capable of talking. I am tired of the struggle that life demands of all of us day in and day out.”

There were a couple moments of silence as everyone in the room took all this in.

“My client has been through much, and has admitted more just now.”
Placing papers in his briefcase, Ed stated,
“Yes, going home is a darn good idea. Officers?”

“We’re done here. We know who we’re looking for now; it’s going to be a long weekend,” Officer Praine said.

The news that evening reported the Explosive Device story, but rather than mention Frank by name, simply referred to him as a Good Chicago Samaritan reporting the device at the Logan Station to authorities.
His wife was happy to have him home.
The suspects were apprehended early Sunday morning, and confessed to the serious charges of manufacturing a bomb. This would certainly alter their lives indefinitely with imprisonment; no chance for release; no chance for second opportunities; no chance for amends.