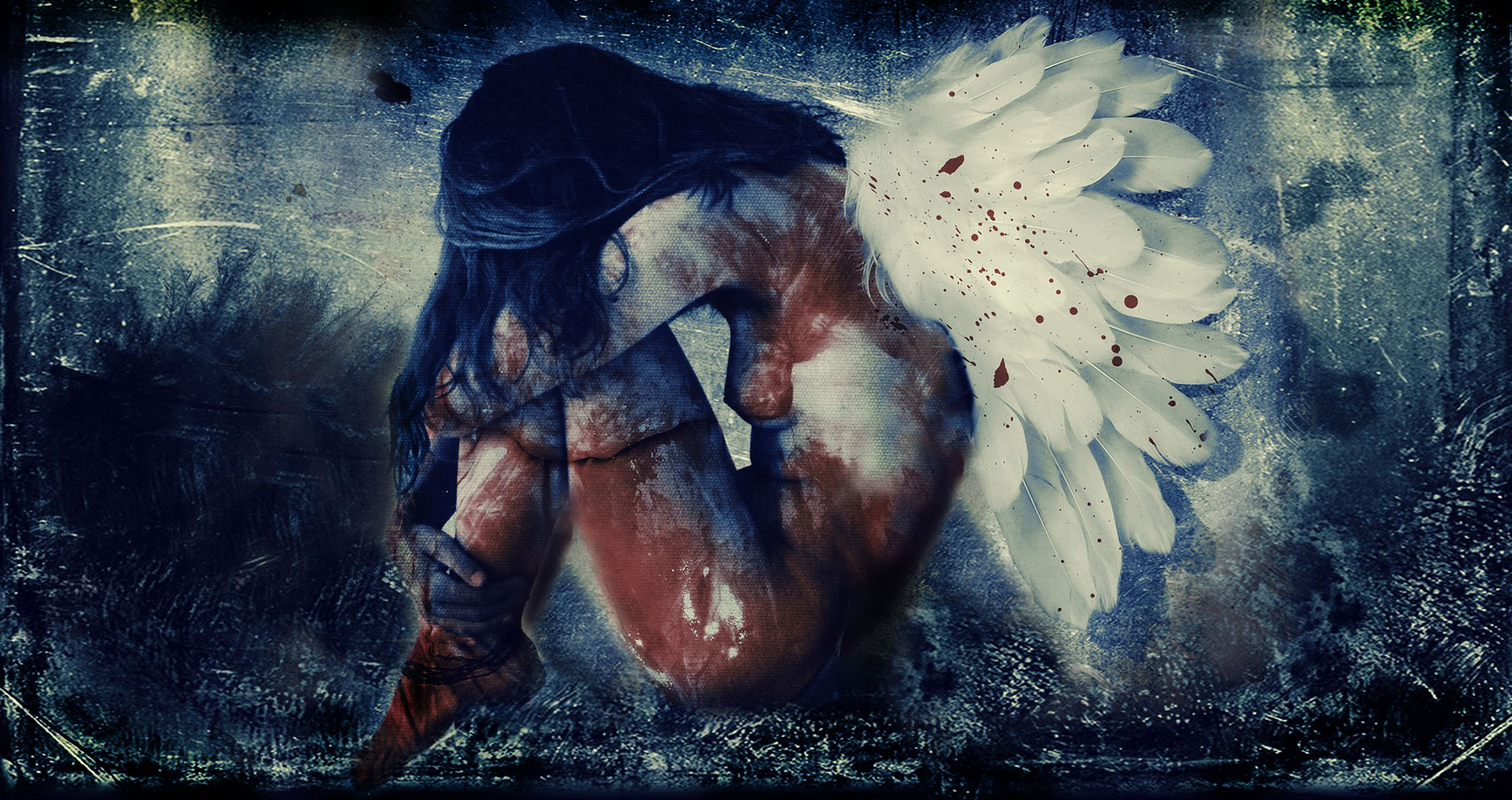 At sundown each end of Six Harvest Moons
When shadows sunder as birds form a toupee for trees
He hastens to extract the most potent cures
An insular man, a forager of medicinal woods
His loneliness infused into teas, tinctures, oils; salves and poultices he produced
In this forest of desolation, a forgotten existence
Plagued further by the ceaseless dumping of angels;
Their blood spilling into the nearby shore

Once he found her alone in a smudged and tattered gown— another fallen angel
She had smoke in her eyes and death at her back
In a pile of wastage, her countenance shone
Whereas the stars fled that night; the poverty of darkness
She was left to battle the unflinching spears of jagged rocks
Where marauding creatures clambered up to taste a mound of decaying flesh
He surveyed her wings, burnt beneath the boiling sky
Took a bottle in his satchel and poured the last drops of fermented sap
Then covered her wounds with a thick blanket of his affection
Hoping he could nourish her back to health

For what is an angel without their wings?

Months passed swiftly and all her wounds healed
While they rehearsed all the concoctions he had formulated
Heaven’s secrets to him she revealed
Docile, she became the extension of this man’s hands
An apprentice whose heart was willing to succor and is kind
Nothing was more apropos than her learning to fly again
For in that day, another angel was thrust down to the carnage
Together, they attended to her deep wounds—
And she lived, and the next ones who did

And it came to pass that several Harvest Moons lapsed
Alas, the man, aged along with his bottles of medicinal drops
The angels had fled but the first chose to remain
She still had smoke in her eyes but no more death at her back
At sundown each end of Six Harvest Moons
When shadows sunder as birds form a toupee for trees
She hastens to extract the most potent cures
A fallen angel who found life
And has become the life of this man…