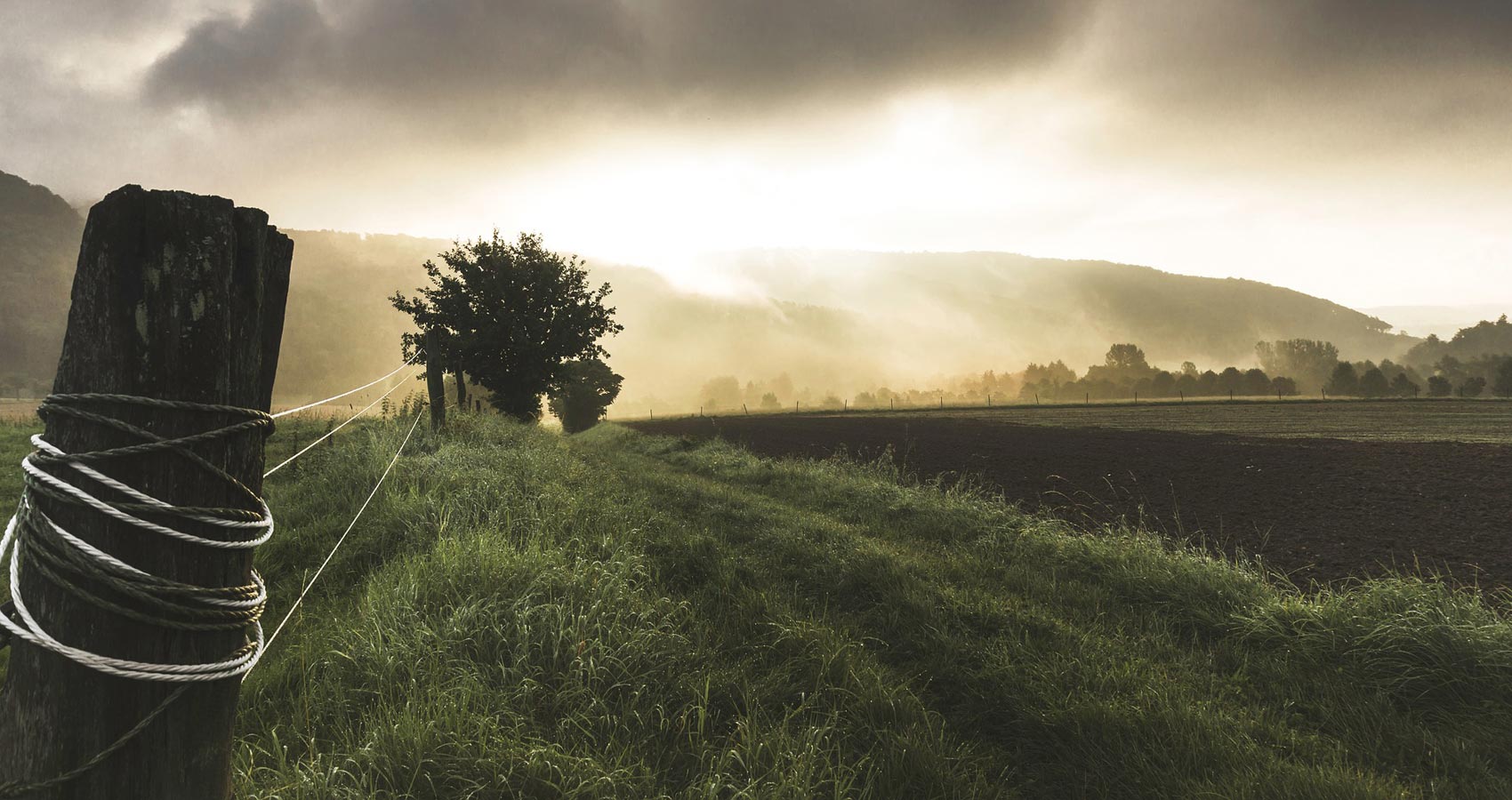 As On A Holiday

As On A Holiday

a poem by Friedrich Holderlin

As on a holiday, when a farmer
Goes out to look at his fields, in the morning,
After cool lightning has fallen through the hot night,
And thunder still echoes in the distance,
And the stream returns to its banks,
And the earth becomes green and fresh,
And drops of joyful rain from heaven rest
Upon the vines, and the trees in the grove
Stand shining in the quiet sun –
Thus poets stand in favorable weather:
Those whom no master, but rather Nature,
Mighty and beautiful in its divinity, wonderfully
And universally present, educates with gentle embrace.
And when Nature appears to sleep at some seasons,
Either in the sky or among plants or nations,
So the aspect of poets is also mournful.
They seem to be alone, but their foreknowledge continues.
For Nature itself is prescient, as it rests.
Now it is day! I waited to see it come,
And what I saw – my words bespeak holiness!
For Nature, who is older than time,
Standing above the gods of the Occident and Orient,
Has awakened to the sounds of arms.
All-creating Nature feels the enthusiasm anew,
From Aether down to the abyss,
As when she was born of holy Chaos,
According to the established law.
And as fire shines in a man’s eye
When he plans something great,
So a fire is kindled again in the minds
Of poets, by the signs and deeds of the world.
What happened before, scarcely sensed,
Becomes apparent now for the first time.
And those who plowed our fields
In the form of smiling laborers
Are now recognized as the all-living
Forces of the gods.
Would you question them? Their spirit moves in song,
Grown from the sun of day and the warm earth,
And from storms, those of the air, and others
Originating farther within the depths of time,
More perceptible and meaningful to us,
Drifting between heaven and earth, and among nations.
They are thoughts of the common spirit,
Quietly ending in the mind of the poet,
Which, long familiar with the infinite,
Is struck quickly, and shakes with the memory.
Set on fire by the holy radiance,
It creates a song – the fruit born of love,
The work of gods and man,
Bearing witness to both.
Thus lightning fell on Semele’s house,
As poets relate, since she wanted to see
A god in person. Struck by the god,
She gave birth to holy Bacchus,
The fruit of the storm.
Thus the sons of earth now drink in
The fire of heaven without danger.
And it is our duty, poets, to stand
Bare-headed under the storms of God,
Grasping with our own hand
The Father’s beam itself,
And to offer the gift of heaven,
Wrapped in song, to the people.
If our hearts are pure, like children,
And our hands are guiltless,
The Father’s pure radiance won’t sear;
And the deeply shaken heart, sharing
The suffering of the stronger god,
Will endure the raging storms when he approaches.
But alas, if from – – – – – – – – –
– – – – – – – – – – – – – – – – – – – –
Alas!
And if I now say – – – – –
I had come to see the gods,
They themselves cast me down to the living,
Me, the false priest, down to darkness,
That I sing a song of warning to those able to learn.
There – – –

I Dream of Many Heroes

Get ‘Em Where They Live

The Madonna and Child