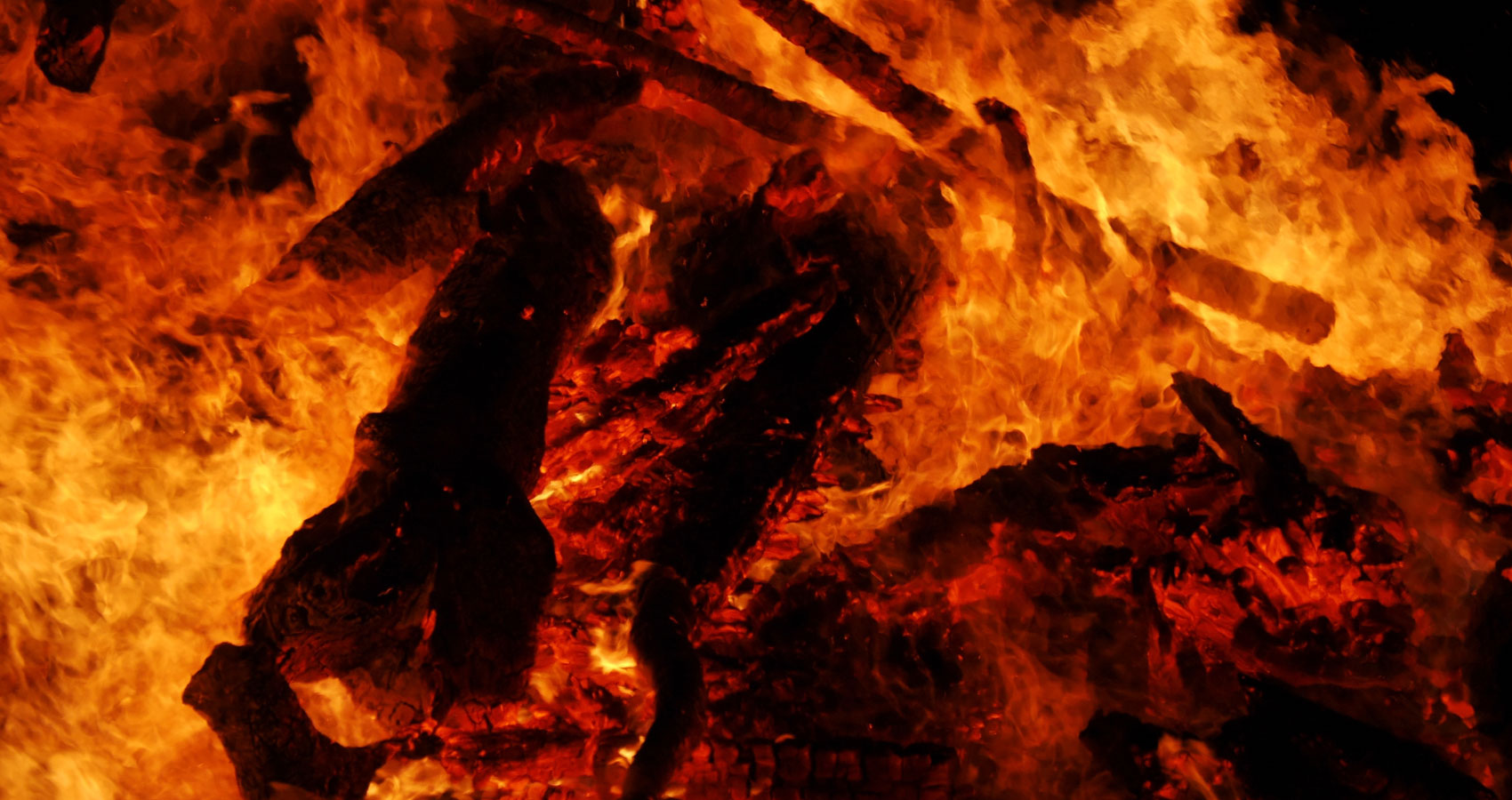 Aath had his cave, his club, and his cloth which he wrapped around his waist. For when it got really cold and snow fell from the stars above, he had skin to wrap himself up in from the buffalo he had slain many moons and suns ago. It was the dawn of life, and life had been good to Aath.

It is little surprise, then, that Aath had a wide smile on his face as he stepped out of his cave the morning we first meet him. He stood a moment on the ledge outside, breathing in the fresh, crisp morning air, and gazed out at the valley spread before him. A good day to hunt, he thought. He raised the raw thigh of zebra to his mouth, bit into it with relish, and tore off a huge chunk. A good day, indeed. He smiled wide again, wiped the blood off his chin with the back of his hand, and started down the path into the valley.

Aath might not have smiled as wide, or at all, had he noticed the red streak across the sky behind him. Instead, he hummed to himself as he trudged on downwards – club in one hand, zebra-thigh in the other, and blood trickling down his beard.

The gazelle had proven craftier than Aath had anticipated. They had chased it across half the valley, and yet it showed no sign of exhaustion. He glanced at Char beside him, panting and glistening with sweat. She lowered into a crouch four paces from him, knuckles whitening as she tightened her grip on the wood-spear. Aath could not see him now but he knew Panch was close on his other side, with a sharpened stone in each hand, crouched and ready like Char.

The three of them, friends since childhood, were the best hunters in the valley. Panch could throw stones farther and truer than anybody else Aath had ever seen. Char’s aim was better still. Her skill with the spear kept the women and children of Wadi Valley warm and fed, even during the worst of the cold, and the men terrified. If someone wanted something hit really hard or for some heavy thing to be lifted, they called Aath. Teeth, ribs, and rocks – he could break them all.

They had cornered the gazelle against a cliff-wall and formed a half-circle around it. Aath planted his feet wide, holding his club steady with both hands. The first stone flew from somewhere on his right and landed tip first between the gazelle’s forelegs. The spear, perfectly timed as ever, flew from wide on his left and found its mark in the gazelle’s heart as it reared on its hind legs one last time.

Aath let the gazelle fall off his shoulders, and drop to the ground with a soft thud. Char and Panch too had stopped dead in their tracks on either side of him. He glanced at them and saw reflected in their glowing faces the same shock he felt at the sight before them. Petrified, they stared back at him with a hundred questions in their eyes.

Wadi Valley was in an uproar. Its people ran in every direction, all at once. Women shrieked and ran past, bawling babes held close to the breast. Men screamed and followed, with terrified children half-dragged, half-carried away. Aath stopped two young men fleeing, and asked them what had happened. They simply looked at him – terror, disbelief, and bewilderment etched on their faces.

Grumbling with disgust, Aath pointed to the gazelle and indicated they should carry it away with them. He turned to Char and Panch, and together the three friends began moving towards the strange spectacle.
The sun has fallen, thought Aath. It was his first thought. It was his every thought. He stood at the edge of the crater the fallen sun had cleaved into the heart of his valley. He stood with Panch and with Char, holding her hand, watching the sun burn all night. He stood and he watched until the sun came up.

Slowly, the inhabitants of Wadi Valley had gathered behind Aath. They had begun to arrive with the high sun, having fought their fears and found their courage. Men, women, and children now stood in groups – each around one of the scores of fires Aath and Char had lit along the crater’s edge. They gazed into the flames, and at the fallen sun, in fascination and with barely veiled terror. They stared at Aath and Char in awe and with stark naked respect.

Near dawn, Panch had taken a long branch and used it to clear the ground of burning wood for space to sleep. One piece he swept away had landed next to old, dry wood. Aath watched as it caught fire. He ran, fetched more dry wood, and fed it to the flame. Enthralled, he watched it burn. Char noticed him, and then imitated him. When the first, brave young woman appeared at high sun, they had a dozen fires lit.

Aath stood next to one such fire, gazing into its depths. Life had been good to Aath, and life had just become better. No longer would the people of Wadi Valley suffer as they had when it got really cold and the sun hid. They had their own sun now. They could make their own sun now. Aath looked up and across the fire, at Char, crouching and smiling. She smiled at him, and he felt warm – for the first time in his life, he was truly warm. He had seen the sun and the snow, the water, and the earth, and he had seen the fallen sun. He had never seen anything, or anyone, as beautiful as Char. Life was good.

Twelve full moons later, Aath stood outside his cave with a wide smile on his face, breathing in the fresh, crisp morning air. He had his club and his cloth. He had Char, and in his arms – wrapped up snug in a soft zebra pelt – he had his son, Bara.

Umair Mirxa lives in Karachi, Pakistan. He is a Co-Founder and the Editor-in-Chief of Dastaan World Magazine. A massive J.R.R. Tolkien fan, he loves everything to do with fantasy, mythology, and history. He is a Gooner, enjoys watching movies and TV shows, loves comic books, and wishes dragons were real.