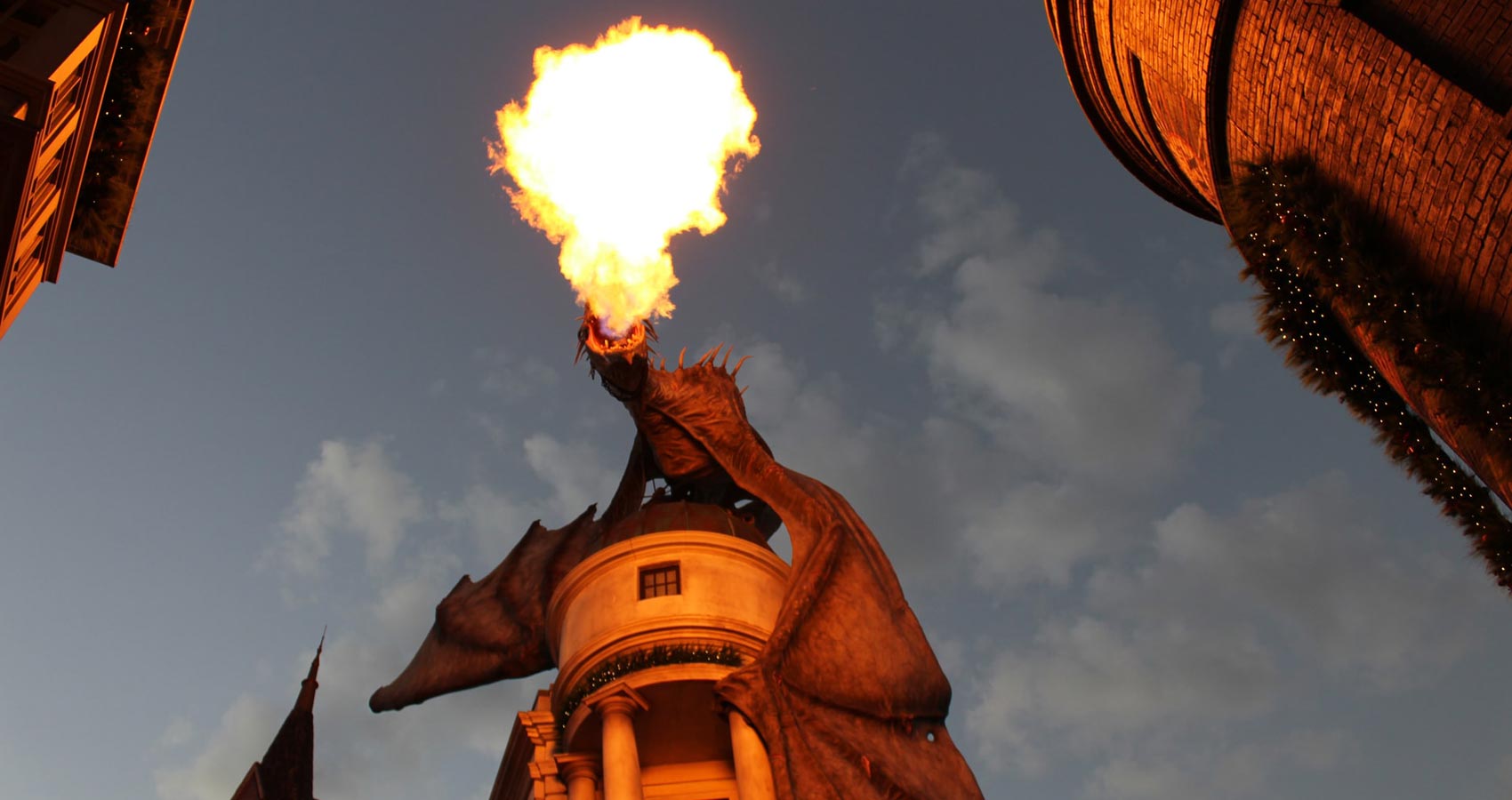 On wasted land the dragon roared,
Unfurled its wings
And into the darkening light soared,
Beating slowly as the kookaburra sings
Burned by the sun.
The village devastated, its feeding done.

No king, magician, warrior or priest
Could halt its gorging that day
As it emerged from the comfortless clouds to feast
Without discernible delay.
The sheep straddling the sunflower possessed pasture,
Flesh just a kind of lucre.

Heroes were known at that time
As powerful as bears
Cherished in rhyme
Beyond human fears
As cunning as wolves
As callous as sin, as strong as dumb trolls.

None had survived the dragon’s flame
Their bodies annihilated
Devoid of flesh and fame
Mind and soul eviscerated
Bourne in the dragon’s roar
The dragon’s breath into their armour bore.

Gunner was the slight son of a celebrated hero
Who had no songs sung in his name,
In fact, his impact was zero
And his father, Otho, felt he was to blame:
He had not taught his son to be
Equal in heroic masculinity.

He had not planned exercises
For his son throughout the day
But allowed him other enterprises,
Reading books to his father’s deep dismay.
How deep and profound was the pain
That had crept into his brain.

In a world of ogres, witches and mad ventriloquist’s dolls
Reading alone could not defend
The Great Halls from dragons and ambitious trolls
Monsters who consumed the population end to end
Raiding villages for breakfast
When hungry a satisfying repast.

Gunner’s worried father gave him
Several exercises a day to perform
From beating up smaller boys, pulverising them,
To jeering teachers in the classroom,
Hanging out with thuggish bigger boys
And breaking toddler’s wooden toys.

Within a very demanding year
The sensitive artistic boy
Was gorging on beer
And achieving spasms of sheer joy
From killing tiny birds and beating up his dog
Searching around for the oldest slaves to flog.

In five years, stalking the northern forests,
He captured several trolls
And ignoring their protests
Turned their heads into bowls
To practise skittles on cropped yellowing greens
Watching them grimace as he knocked the skittles clean.

His muscles expanded as time progressed,
His reading stopped
And his mind regressed
With every creature he bopped,
His axe dipped in blood
With each determined thud.

When his father died, grabbed by age,
It mattered little
With a child’s hidden rage
And a surplus of spittle
He tossed his father into the sea
As if he were an annoying previously-squashed flea.

Once that deed was done
His golden breastplate
He carefully put on,
Took his iron axe from the fire-grate.
On his head he placed
His best titanium helmet, double laced.

Pepi was a dragon renowned
For all kinds of horrendous deeds
In truth the gentle giant was bound
By the ethics of certain dragon breeds
Not to kill except for food
Any member of the human brood.

These lively and incoherent creatures
Had a place in dragon myth
Indeed their lively and consuming features
Informed the dragon breeds cosmic birth.
From celestial eggs fertilised by the sun
Which human beings counted one by one.

In the distant past, they were dragon’s slaves
Did all the hard work
Excavating dragon’s beautiful caves,
And over several millennium did not shirk
From cleaning every recess
Themselves consuming every dragon mess.

Carrion and carnage theirs to enjoy
Free of attack and kept alive
To freely breed
To mingle and thrive;
Allowed to leave the caves and build
Huge cities through determined fertilisation and greed.

It was then, but only then, that dragons
To cull the populations began to feed
On human herds, according to old dragon songs,
Creating wonderful hors cuisine according to dragon breed
Then, dragon cookbooks on human slaves
Were all the rage. All a civilised dragon craves.

But they fed too much and soon
Their caves grew filthy
There were no humans left to use a broom
Making pragmatic dragons feel very guilty.
They realised they’d been wrong
To eat so many for quite so long.

Swallowing their pride, the dragons made a law
That human beings were only to be killed
In defence, only burned, squashed or killed by paw or maw
If they came covered in metal, were stupid, if skilled.
This provided this dragon race with occasional meals
Of high nutritional value raw, cooked or fried once pealed.

Of course many dragons failed
To honour this marvellous code
And often were by senior dragons jailed
Behind magical bars of pre-sold
Uranium that glowed at night
And in winter outshone starlight.

Gunner strode towards dragon country like a hero of old
Carrying his axe into the northern forests
Where mountains heaved against the shuddering cold,
On Pepi’s interlocked scales his axe to both sing and rest,
And create a lake from his dark green blood
To give new wondrous life to dragon-blood revived sod.

A wonderland would grow out of Pepi’s bones
Bungalows from his fallen scales
His tongue melted to cook scones
As his countrymen did to captured whales
That were slain on half-frozen seas or blindly beached
Like lost men in quick sands unescapable, unreached

This extraordinary deed Gunner knew
Would carve his name in time
His name repeated until the sun grew
Cold and language would no longer rhyme,
Every bombastic phrase ending with an exclamation mark
Rhetoric a single incomprehensible bark

Now Pepi he knew from the occasional local fair,
Where the lizard walked around with undeniable ease
Flowers on his scaly head imitating hair;
Only once falling to his knees
When imitating aristocratic airs,
And gobbling up dancing bears.

Sometimes he wore a scarlet waistcoat
And a distinguished if garish bow-tie.
He kept rabbits secreted in his throat,
Which were wont to die.
He admired beautiful ladies’ locks ignoring their fears
And patting their heads, ripped off their ears.

With Gunner he played chess
And beat him every time
Destroyed his every play in ten minutes or less
Ending each victory with the same rhyme
“When you play games with a dragon,
For the dragon it isn’t just fun.

If you win and stay alive
It’s because the dragon wants to play again,
No hero can thrive
Once a dragon decides to kill him.”
When last they met at a fair
Gunner won twice fair and square.

Pepi’s cave was spick and span
Swept, polished, glinting and glistening
When Gunner his doorbell rang
His armour glinting
Under the frail northern sun of whitish hue
In cloudless skies of pale boring blue.

Pepi answered pleased his rival to see
Noting the huge axe across his muscular arm,
Pepi still welcomed him lustily
Exuding immense if scaly charm.
“Ah, Gunner,” he began, “what brings you here?
I have no food inside, nor thick Scandinavian beer.”

“Our chess duel ends here.” The human said
“Here on this perilous mountain top
One of us will leave the other dead
Their body to fall, their body to drop.
Only one will remain to suck in the chilling air
Walk away and leave an empty lair.”

Pepi looked Gunner up and down
And grinned his evil dragon grin
Went back inside his cave, returning with a gown
And put it on. “Purity overcomes sin.”
He growled. “If I perish, I perish without fear
If you can claim the same, it is here

We fight. Death will crown this mountain
The trolls and imps mourn,
Blood will soar in a gushing fountain
And change the very hue of dawn.
Blood will change the river’s colourless flow
Red or green, only the living will know.”

They walked together to even land
Quietly, and deep in thought
Where two tall elms then did stand
And battles were normally fought
Between hero and dragon
Until either hero or dragon won.

The dragon towered over the man,
Looking down on him with a deepening frown,
Burped as only a dragon can
Burning the two elms down
Into two charcoal toothpicks
Which he applied to his teeth, in between licks.

Gunner stared up towards him resolute.
Pepi burped again, holding his stomach in glee
As Gunner became gold breastplate and soot
A gruesome pile that barely reached Pepi’s knee.
And that was that! It never pays to fight
A creature with bad breath, ten times your height.

There were no songs sung for Gunner
No poetry to applaud his axe, its name forgotten,
(Actually it was Frida). No statures built, no musicals in his honour
No evidence in fact that he had ever been. A rotten
Testimony to his brutal ways. A brief memorial of ash torn asunder
His remains blown away in a sudden breeze.
Pepi used his breastplate, yes something of a squeeze,

For a bracelet which he displayed at each Fair
Dressed in a shining waistcoat and a smile
As villagers wondered why Gunner was not there.
Playing chess with his usual guile.
It took them ten years to appreciate
The little, grumpy, sad man’s fate.

Gunner’s unhappy childhood
Was not father to the man,
Only happy childhoods example good
And make of life what they can.
He never realised he could be
The father that made the child happy.

The briefness of life, the desire for fame
Cannot be fulfilled by glory;
Pepi knew it wasn’t a game
Nor simply a personal story.
One lived and died,
That’s all, in a world so wild.

Being remembered may mean
Ending up as a tower of soot,
Your end briefly seen
Your life after quickly forgot.
Many are remembered for what they destroy,
The man recalled, not the happy boy!