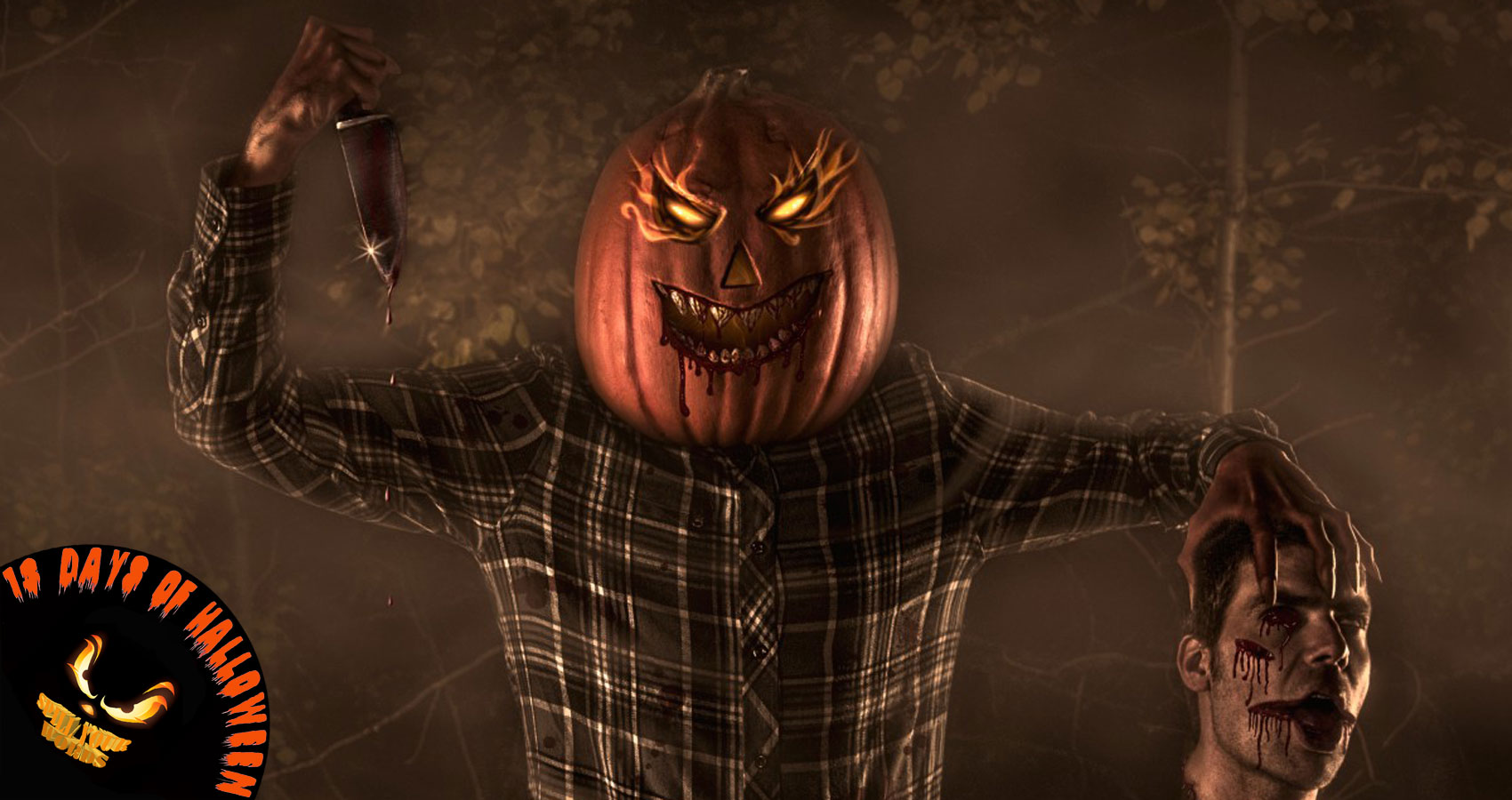 October came in like a spirit on the wind, covering Settler’s Hill Pumpkin Patch in a welcoming embrace. The little pumpkins were always excited this time of year. For they knew Halloween would bring them a face. Some spooky, some playful, but all alive with the spirit of the season. Magick was in the air, and their little seeds filled with joy. They knew that the farmer, Jebediah Rock, and his daughter would soon open the patch for all the children in town to pick their favorites for carving Jack O’ Lanterns. The time came, they opened for business, and all but one pumpkin was taken away with their new families.

The little pumpkin was filled with sadness, all alone in the middle of the field, wondering why he had not been picked. Was he not big enough? Was his stem not curly enough? Was he not the right shade of orange? He could not find the answers. Then Catriona, Jebediah’s daughter, saw that he was left alone and decided she would pick it as her own. The little pumpkin was bursting with pride, how lucky to be chosen by the farmer’s daughter herself. The little girl, aged sixteen years, was the most beautiful girl in town, and as she carried it to the farmhouse it imagined what kind of face she would give it.

Catriona brought it into the kitchen, and retrieved the sharpest knife from the drawer, then proceeded to carve. First the eyes, despite the pain the pumpkin saw her beauty and fell in love, then the nose, the pumpkin could smell all of the delightful things being cooked by Catriona’s mother, then the mouth and the pumpkin let out its first words. “Ouch! I love you!” Catriona gasped, taking a step back in amazement. “You can talk?!” The little pumpkin, being as it did not have a brain, responded again. “I don’t know, is that what this is? Talk, taaalk, talk, I guess I can! Yes!” Catriona tapped her chin, she had heard of the magick of Halloween but had never experienced it until now. “Well, I suppose you need a name if you can talk. Let’s call you…Billy! Billy Butcherson to be exact.”

Billy looked around the room from his table-top perch and asked her a question. “Why didn’t the other children want me?” Catriona frowned before answering. “I don’t know, Billy, but I don’t like the other children. They’re bullies, and every Halloween they come and egg our house and are very rude Trick or Treaters. They don’t even say Trick or Treat!” Billy paused, “Well, that’s no good. Maybe I can talk to them now that you’ve given me a face.” Catriona looked down at the ground, swirling her big toe around. “You would do that for me? You’re so sweet.”

Halloween arrived and the Trick or Treaters were out in full force. Billy was on the front porch glowing with pride from the candle Catriona had placed inside his hull. He saw a group of children coming to the house that looked like trouble. There were four of them, all carrying baskets of eggs. He knew that these must be the ones Catriona spoke of and was ready to try and make peace. “Look at this sad excuse for a Jack O’ Lantern!” “Yeah, he looks stupid!” “What should we do with it boys?” “Let’s smash it!” Just then, Billy spoke up. “Hello! My name is Billy, not Jack, and I would like to ask-” He was cut off in the middle of his question by stomping feet. The children made sure there was nothing left of him but a pile of pumpkin pie filling. Then they egged the house and ran off without even getting any treats.

Catriona ran outside to the pile of mush that was once Billy and wept while cursing the boys. “Oh, Billy, how could they do this to you! You were so kind. You were my friend.” Jebediah walked out to the porch and consoled his daughter. “It’s alright dear, it was only a Jack O’ Lantern.” “You don’t understand, father, he was not just a pumpkin. He was magick!” He told her to calm down, hugged her, and brought her to her room to put her to sleep. Before they went inside, one of her tears spilled onto Billy’s mashed body, and the Spirit of Halloween became furious. It decided to exact revenge on the boys for their deeds.

That night upon the midnight hour the spirit cast a spell on Billy, turning him into a real boy. He arose from the muck, covered in his own pumpkin guts and seeds. “I’m real! I can’t believe it! I’m real!” The Spirit of Halloween whispered in his ear. “You must pay me a debt for this favor.” Slipping a black robe over Billy’s body, and putting a dagger in his hand. A malicious grin came across Billy’s face. “Yes, master.” Then he disappeared into the night.

A few hours later Catriona heard a tapping on her window. She got out of bed and saw a handsome young boy staring in. Somehow she knew it was her Billy. “How can this be? Is it really you?” “Yes, beautiful, it is me. The Spirit of Halloween heard your cries and answered.” She was shocked and saw that he was also covered in blood. “Why are you all bloody, are you okay?” “Don’t fret, my dear, it isn’t mine. I love you, Catriona, run away with me!” She knew in her heart that the blood was from the Trick or Treaters that smashed him, and she was filled with joy. “Yes! I will run away with you, Billy, I love you too!” So she packed a bag, jumped out the window, and they ran to the nearby railroad tracks holding hands and hopped into a boxcar.

Some people claim to have seen them here and there. Outlaws on the run, in love. Once on a boxcar rolling by, once at a gas station in Tulsa, even as far as California. Someone even said to have seen them one Halloween night in the same pumpkin patch where Billy was born, and Catriona was holding a small pumpkin wrapped in a baby blanket. The moral of the story, kiddos, is beware The Spirit of Halloween. Be polite while out Trick or Treating lest you become the victim of your own folly. And if you ever meet a couple named Billy & Catriona, steer clear.