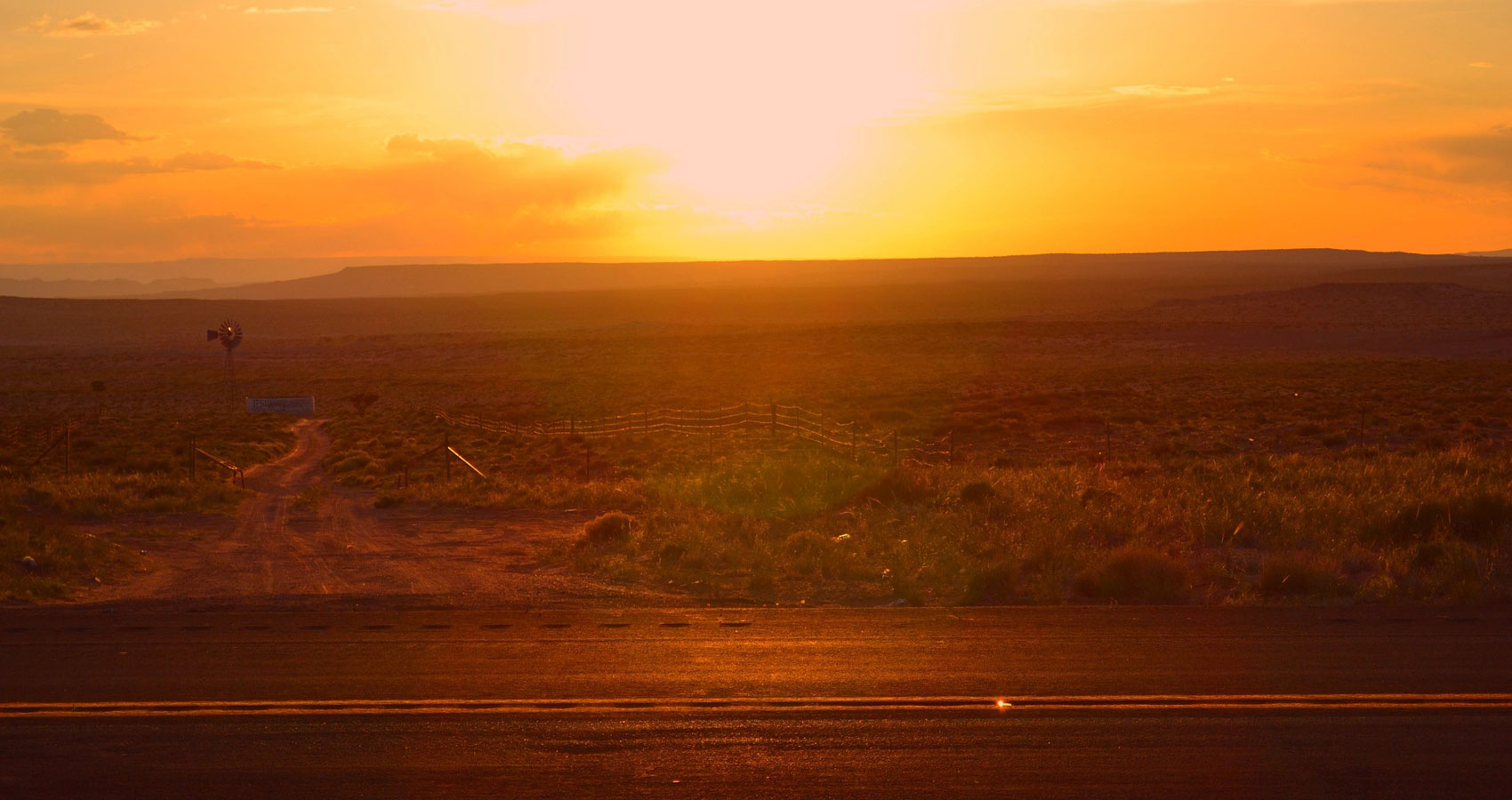 I had been driving on I-40 on what turned out to be a scorching hot day. The air conditioner wasn't working and I'd been weaving back and forth between lanes to get some extra airflow through the windows. I was somewhere between the Arizona border and Albuquerque when I finally had enough. All I wanted was a cold beer and a motel.

Moments after I pulled off the interstate, I spotted my idea of nirvana-- a rundown, weather-beaten motel and a red neon sign flashing the word beer. And in an instant-- and just like the sailors of mythology-- I answered their siren call with reckless abandon.

I was so enthralled, as I wildly turned into the parking lot, I almost hit a man who unexpectedly stepped out from between two parked cars. I was jarred back to reality by his sudden appearance and a high pitched voice--from somewhere off to my left-- that chastised, "Have you lost your mind?"

But before I could respond, the large man growled, "I should kick your ass!"

As soon as I heard him, I rolled up the passenger side window and locked the door. As I did, I heard him laugh. When I glanced up, I noticed he was headed towards the bar. A split second later, I nearly jumped out of my skin when I heard a light rap on the window behind me. When I turned to look, I saw a short man with a shock of white hair. "That's Jason," he said. "If I were you, I'd keep driving."

"It's too damm hot and my A.C. isn't working...I want a few cold beers and a room until it cools down."

"Rooms rent by the hour."

"Whatever," I snapped. "I just want out of this heat."

Five minutes after I checked in, I got a knock on my door. When I opened it, I was surprised to see-- a well past her prime-- bleached blonde holding a beer. I was in such a hurry to have some, it didn't occur to me to question why the bottle was open.

When I regained consciousness, I had a throbbing headache, I was sweating bullets and I was stunned to discover I was behind bars and that the old man--who was sporting a nasty shiner-- was in with me.

But before I could ask, he blurted out, "Jason's punishment for letting you stay...I'll get out...But you're not going anywhere."

"I haven't done anything," I shot back.

Instead of responding, I ignored him. I then wiped the sweat from my brow and muttered, "For Christ's sake...Is it always this hot?"

"This is the beginning...For you, it's only gonna get hotter."

They Are Still Together

How My OCD Makes It Impossible to Say What I Feel written by: Christopher J. Falvey @yeahocd   "Just say...