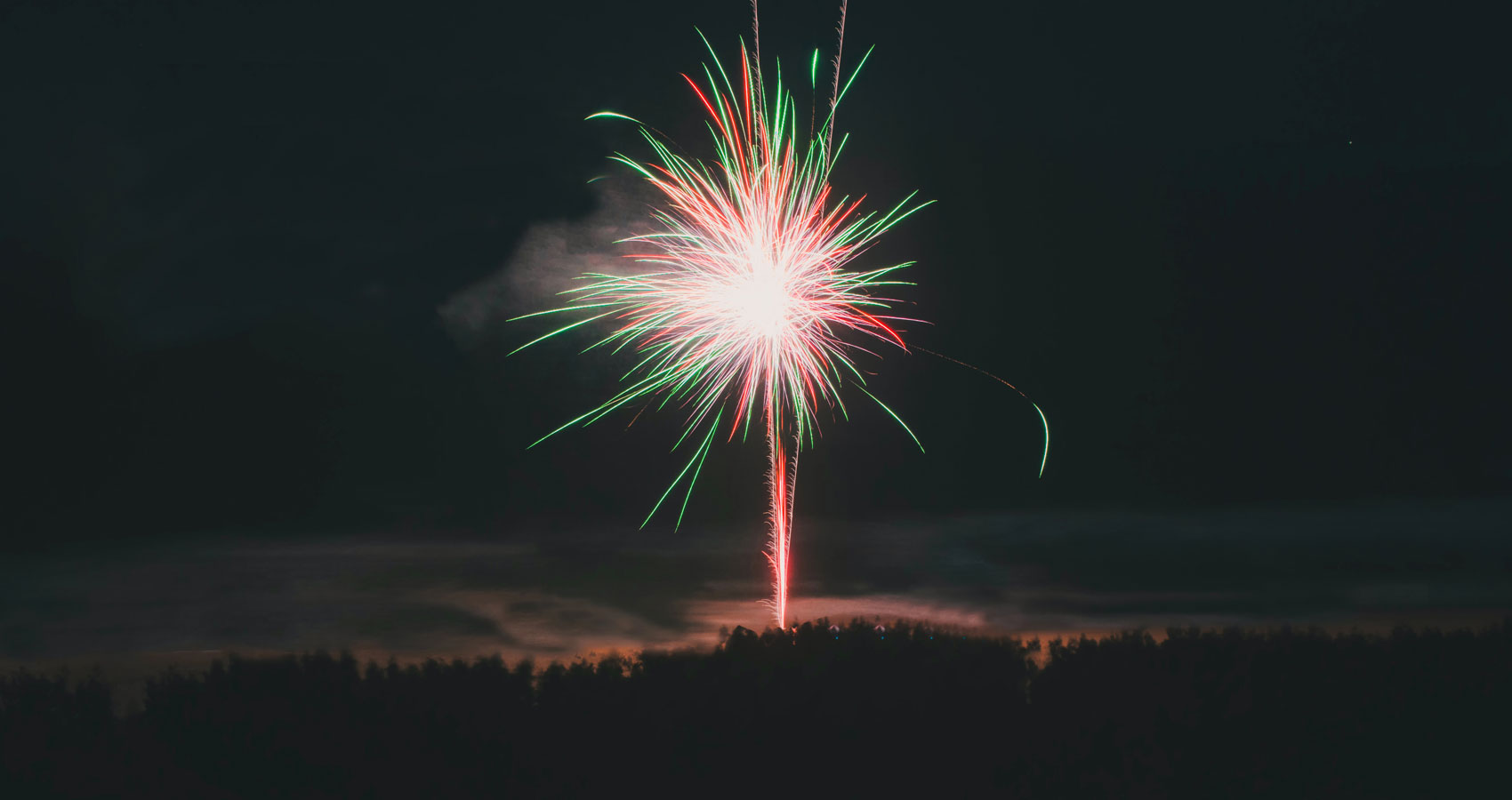 I don’t remember much about being a kid and even less about my dad. But my earliest memory is when he and my mom and my two younger sisters and I went to a 4th of July fireworks display down by the Minnesota River.
“Come on, kids,” he said, helping Mom load us into the backseat of the beat-up, grey, and white, 1951 Oldsmobile sedan.
“Frank, make sure Marty and Sherry and Jenny are secure,” she said.
Dad lit a cigarette, a sign he was peeved. “Don’t sweat it Bev. I’ve got it covered.”
I’m making up part of the conversation, but not the bad feeling between Mom and Dad. It was there, that’s for sure. Sometimes their jabbering at each other was just a prelude to a knock-down argument. And yes, sometimes punches were thrown.
I remember holding my breath because I really wanted to see the fireworks that night, and a fight between them would ruin it for sure. I watched Mom. She had her shoulder length, dark brown hair pulled back with a white headband. She was wearing yellow, sleeveless dress and a string of pearls. She’d dabbed some perfume on for the occasion and the car smelled like heaven. Or at least something special.
She lit her own cigarette but didn’t respond to him other than to say, “Let’s just go see the fireworks, okay, Frank? The kids are looking forward to it.”
Whew! I didn’t know about Sherry or Jenny, they were pretty young and as I recall didn’t care one way or the other, but I had been looking forward to these fireworks ever since Dad brought it up at the dinner table a month earlier.
“Yeah, they shoot ‘em off down by the river and it’s supposed to be a big deal,” he’d said at time. He ignored Mom and looked at me. “What do you think, Marty? Want to go?”
Did he even have to ask? What nine-year-old boy would say ‘no’ to fireworks? None that I knew of. “Sure,” I said. “You bet.”
I tried to catch Mom’s eye, but she was staring at Dad with what could only be described as daggers. Or lightning bolts. I guess she wasn’t looking forward to going. I realized much later it wasn’t the fireworks she didn’t want to be around, but Dad. But that was much later. For now, we were going, and I for one was ecstatic.
Dad drove us out of town from our home in Minneapolis on a two-lane black top highway. After nearly an hour, we parked on a bluff overlooking the Minnesota River Valley. We were the only car there. Way down below on the other side of the river was the small town of Jordan where Dad had grown up.
“They’ll shoot them off right there,” Dad told me, pointing. “It’s where the ballpark is.”
He and I were sitting on the hood of the car, and he was drinking a beer. Mom was in the backseat with the girls staying away from the bugs. They didn’t bother me at all. I was enjoying being with Dad. He was gone a lot, driving around the upper Midwest selling lawnmowers to hardware stores, so I didn’t see him much. He was in a good mood and told me stories of life on the road. He even gave me a sip of his beer. I didn’t like it.
But most of all I was excited for the fireworks. By the time the sun had set, I was getting antsy. Finally, I asked, “When are they going to start?”
“Pretty soon,” said, opening up another beer. He looked at his watch just as one shot up into sky. “See,” he grinned at me and mussed up my hair. “What’d I tell you?”
I watched, my jar hanging open. The rocket seemed to sail out over the river for a mile, trailing green, and golden sparkling colors before exploding and raining down all over the valley. Then four more were shot off, five all total.
I was enthralled. “Yea,” I yelled and clapped my hands.
I remember Dad lighting another cigarette and drinking more beer and smiling. “Pretty cool, huh?”
“Yeah,” I exclaimed. “Really cool.”
My sisters were asleep in the backseat, so Mom decided to stay in the car with them. The night was completely dark and every now and then I could see a firefly flickering in the weeds. One after another of the fireworks rose in the air, exploded, and echoed throughout the valley, raining down rivers of color and firing my imagination of pirate ships and space travel. Dad and I sat on the hood watching the display and for those few minutes it was just the fireworks and him and me, like we were the only people in the world. It was wonderful.
At one point he turned to me. “What color is your favorite?” he asked.
I didn’t have to think twice. “Green.”
He grinned. “There’s a chemical found in the earth called boron that they add that makes it that color.”
“Really?”
“Yeah.”
“Wow.” I had no idea.
Years later I still wonder what else I might have learned from Dad, but I never got the chance. Later that night after we got home Mom and Dad started drinking and then started fighting and throwing things. My sisters were frightened and came into my room and we made tent under the covers and I told them made up stories about fireworks and dragons and rocket ships and anything else I could think of to take their minds of all the yelling. Finally, they fell asleep. So did I.
He was gone the next morning and I never saw him again. I missed him for a while, but then his memory faded. But I’ll always remember that night and sitting on the hood of the car with him. Always. And the fireworks, too. For sure. Especially the green ones.