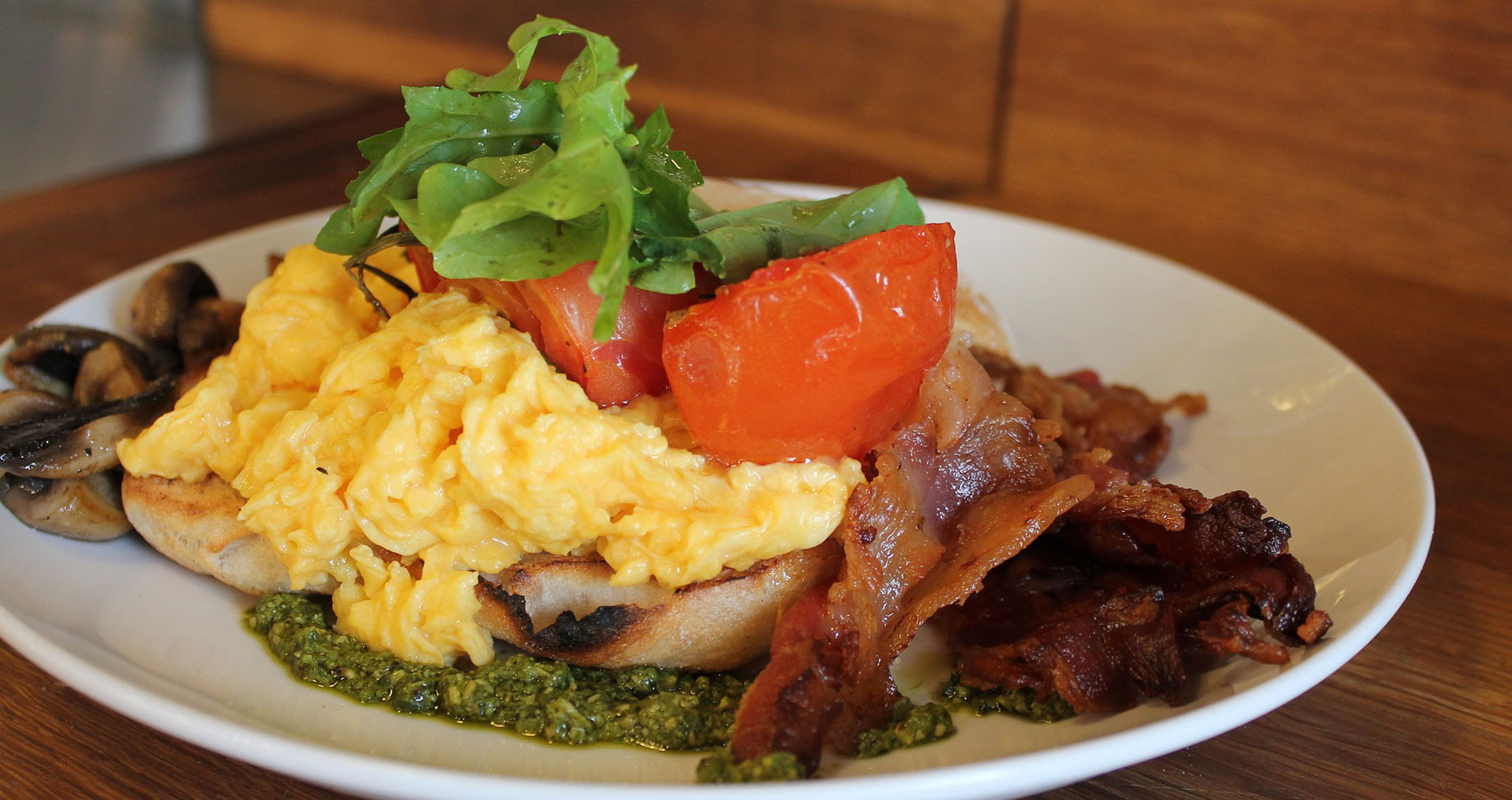 Breakfast at Iggy’s and Ana’s Cafe

Breakfast at Iggy’s and Ana’s Cafe

Mike Gallegos Manzanares sauntered into his aunt and uncle’s café through creaky wooden doors. The aromas of hot coffee, home-made corn tortillas, bacon, and beans welcomed him like his late wife’s breakfast used to until ten years ago.

“Qué hay, Tía?” Mike folded his tiny aunt into a gentle hug, then bent down so she could kiss both his cheeks. After their embrace, Mike put his broad hands on her shoulders. “You staying out of trouble?”

“I’d be surprised to hear otherwise.”

Ana chuckled. “It’s good to see you, sobrino. Have a seat.” She turned to fetch a carafe of coffee. Mike sat at an empty booth next to a front window. He laid the crown of his Stetson on the Naugahyde® bench seat and pulled his cell phone out of his shirt pocket. No messages.

Relieved, he looked out the window at his pickup, a rugged vehicle he used for his work with Rescue USA, assisting government agencies’ search and rescue teams. He thought about his two weeks of vacation and fly fishing the Chama River.

Ana put an empty mug and place settings in front of him. She filled the mug with steaming coffee, black.

“Sí, Tía, but no rice and beans this time. And just one sopaipilla.” Mike patted his stomach. “I need to stay in shape for my job.”

“I’ll get you some cottage cheese, lettuce, and tomatoes, then.” Her lips twisted into a sly grin.

Ana cackled and did a little dance as she walked back to the counter. Mike relaxed into the booth, sighed, and rubbed his eyes. His aunt’s affection reminded him of how much he missed his mom, Ana’s youngest sister.

“Oye, guapo,” Ana yelled to her husband, cooking in the kitchen. “Number three for your nephew. No rice, no beans.”

Tío Ignacio, Uncle Iggy as the family called him, looked up from the grill, stared at Ana, then followed her finger with his eyes as she pointed to the front of the café. Uncle Iggy waved an egg-covered spatula at his nephew.

Mike chuckled. The family used to call Ignacio “Uncle Nacho” until he discovered David Bowie’s Ziggy Stardust. He told everyone he liked Iggy better than Nacho, so that was that.

Uncle Iggy’s wrinkled, weathered face burst into a grin. “Miguelito. You back in town how long?”

“Claro que sí. I have a new spot on the Chama you’ll like. We’ll chat when I’m done here.”

While Uncle Iggy cooked Mike’s breakfast, Ana came by with the local newspaper.

“Here’s some birdcage carpeting for you to read while you wait.”

Mike scanned the front page and noted that no major crimes had been committed in the county. When he read that the local high school basketball team fell to second place in the state championships, ending their twenty-year winning streak, he shook his head.

When I retire, I need to coach this team.

Mike turned the pages and read the columns, one by one. He recognized the names of several residents of his grandparents’ home town, a rural outpost that his father’s and mother’s families had lived in since the early 1600s, when settlers from Spain arrived.

Mike gazed out the window and sighed. He remembered how torn he felt when he and Gloria, his childhood sweetheart and new bride, left the town of their ancestors to start new lives in Albuquerque and then up in Denver. They both felt ripped out of the soil at their roots. But college, and jobs that earned a living wage, offered them a chance to make a better life than they could in their little farm town.

“Here’s your usual, nephew, without rice and beans.” Ana glanced at the mug. “Looks like you need more coffee.”

Mike folded the newspaper at the last page he had read. In large, black font “Obituaries” glared at him. For a split second, his eyes ran down the list of names.

“Manny?” He looked up at his aunt who returned with the carafe of steaming coffee.

“Manny. Manny Gonzales. The kid who lived a few houses down from us. His name’s in the obits.”

“Drugs.” Tears welled up in her eyes as she gazed at Mike.

His mouth fell open, then into a frustrated frown. “Dealing? Using?”

Mike turned away from his aunt. His eyes grew misty as he stared out the window and down the town’s dusty streets.

“You tried, Mike. Manny respected you, but he was wild. You did your best.”

“I should have taken him with us when Gloria and I moved.”

“He didn’t want to go, Mike. He pretended, but he wasn’t telling you the truth. He lived the life he chose, and….”

Ana reached out and gently covered Mike’s hand with her own. “You saved yourself and Gloria. You’ve got four beautiful kids with good lives of their own. That’s what matters, Miguelito.”

“Manny made his confession in the prison’s clinic. The priest performed last rites. Manny’s in a better place, now, Mike. You don’t need to worry about him any more.”

Mike turned from the window, his eyes searching his aunt’s for comfort.

“Father Sheehan said he did.” Mike nodded, squeezed Ana’s hand, picked up the fork, and dove into the scrambled eggs.

“Ana.” Uncle Iggy’s shout broke through the silence. “Jorge wants to pay. Or, do we give away all our meals, now?”

Ana looked over her shoulder and saw Jorge Rodrigo, an old rough-and-tumble ranch foreman standing by the counter, smiling as he tapped his open palm with his wallet.

Ana got up from the table and Mike continued to scoop up forkfuls of the chorizo and eggs followed by sips of coffee. He smiled as he watched his aunt and Jorge kid each other, something they had done for decades. He chuckled as he heard Uncle Iggy tease a customer seated at the counter. They weren’t customers. In this small town, they all were family.

Mike’s cell phone buzzed and rattled on the table top. He put the coffee mug down with a thud, grabbed the device, and swiped the screen to answer the call.

“Earl.” Mike rubbed his forehead, knowing his boss would have bad news.

“Mike, sorry. We need you. Nine-year-old boy lost in the Prescott National Forest. I know you’re on vacation, but you’re the closest team member.”

“No worries, Earl. I’m on it. Give me the details.” Mike ran his free hand through his short-cropped hair, then took a small notebook out of his shirt pocket.

As Jorge walked out of the café Ana looked over at her nephew. She watched him talk on his phone and take notes. Ignacio came over to Ana and wrapped an arm around her tiny shoulders.

“Your sister would be proud of him.”

“She would. So am I. But, he looks tired. I worry about him. He’s been lonely since Gloria died. All he does is work.”

Mike got up from the table, Stetson in one hand and a twenty-dollar bill in the other which he put on the counter.

“A little boy, nine years old, lost in the forest in Arizona.”

Uncle Iggy extended his hand and Mike gave it a firm shake. “You go and find that boy, sobrino. The fish will wait. When you come back, we’ll go to my special fishing hole.”

“Be safe, Miguelito.” Ana took a few steps forward and hugged Mike. “We’ll pray for you.”

Mike put on his Stetson and rushed through the creaky wooden doors to his pickup truck. He put the key in the ignition and buckled his seat belt, then stared out the windshield for a moment. To the right of the café and down the road a quarter mile lay the town cemetery, filled with the ancient crosses of his ancestors, and the recent monuments of his loved ones.

Mike rubbed his eyes and turned the key. The motor rumbled to life. He thought of his kids and Uncle Iggy’s special fishing hole.

Mike shifted the truck into gear and drove down the gravel street, disappearing into the dust.

Jenise Cook lives in northern Arizona, where it snows, with her fine artist husband. Jenise writes both fiction and nonfiction. Her works are published by various literary journals, and her website - Jenise Cook, has a list of her published works.