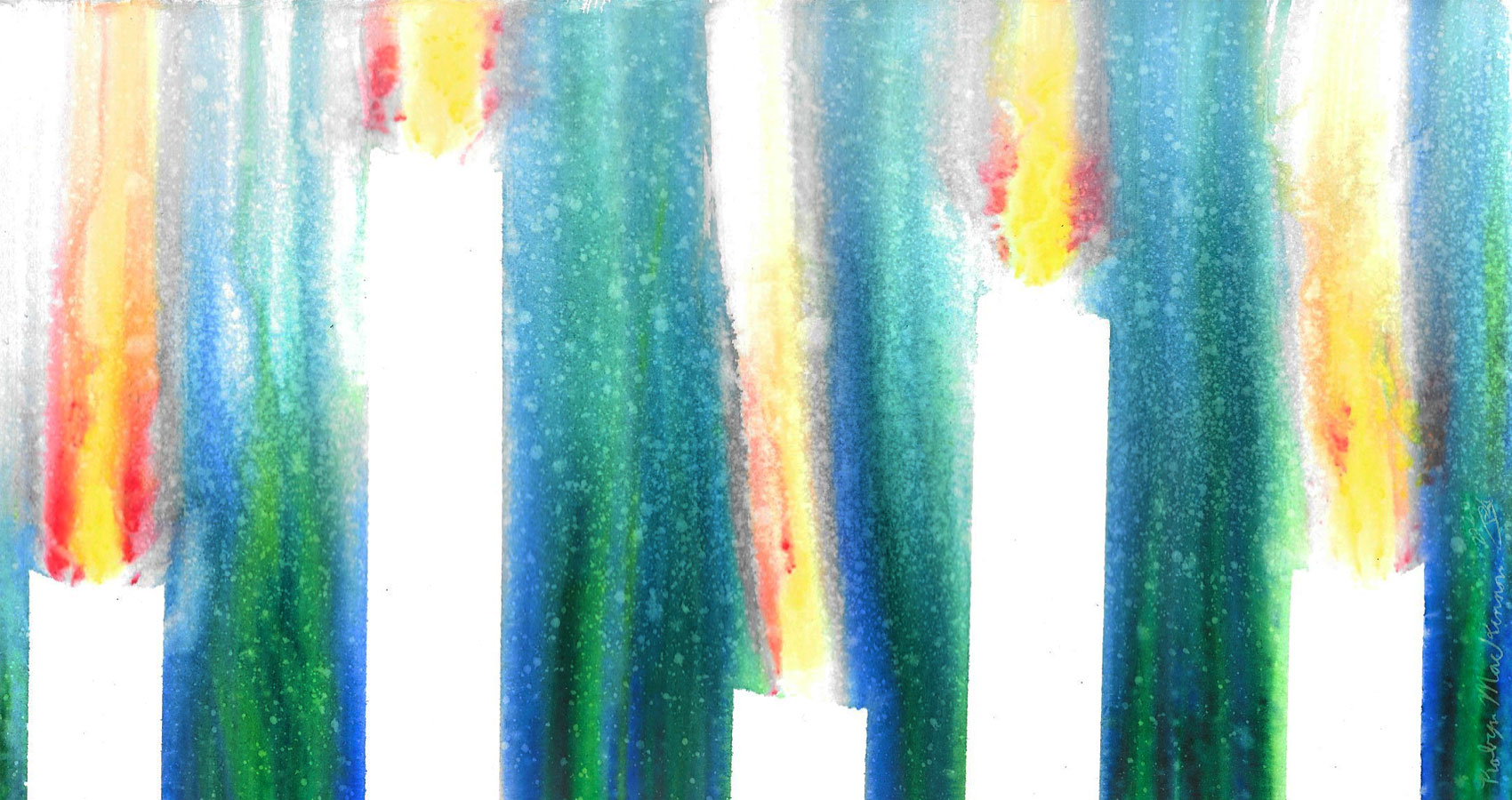 to hold a candle

Illustration description: 5 white candles of differing heights, with flames of yellow and red beaming up to the top of the image. Visible between the candles, a background of blue and green stripes, also flowing upward, and becoming lighter as they climb high. A speckled spray, like sparks or stars, showers down from the top of the image.

On April 18th of this year, the deadliest shooting in Canadian history occurred in Nova Scotia. An individual went on a, seemingly random, murderous rampage, which included not only shooting, but arson, and claimed 22 victims before the killer himself was killed. The night of April 20th, a vigil was held, where people stood outside with candles lit and observed a moment of silence. It was the best people could do under the already difficult circumstances of the province being under lockdown because of the pandemic. It’s hard to believe that something like this could happen here, but it did, and now all we can do is try to heal. Nova Scotians are strong, and the love from outside and within the province helps to soften the hurt, and shine a bit of light in a very, very dark time.