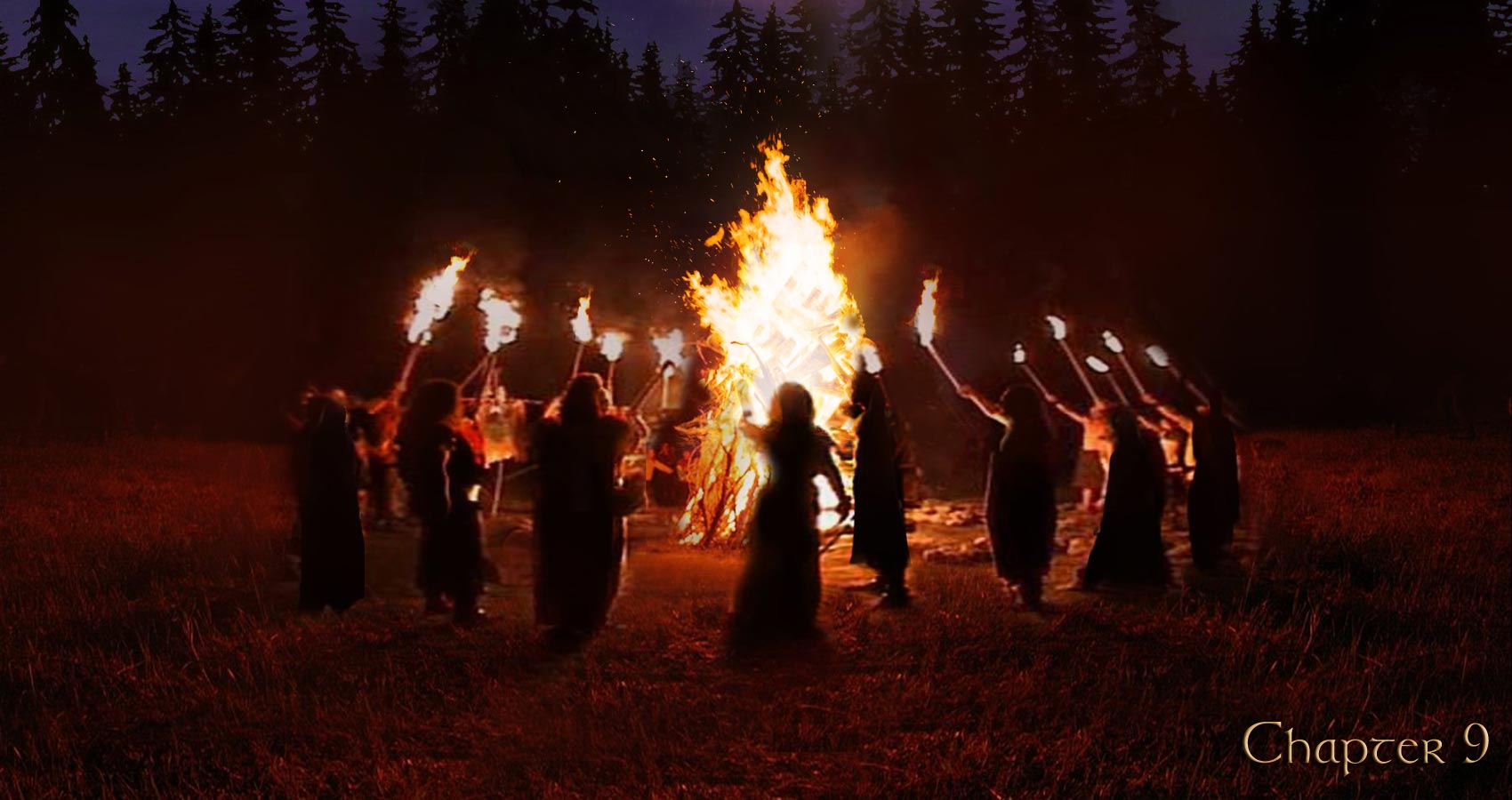 On the following morning, Garux strode toward the enemy camp. He turned north on the merchant road and headed for a path that split deep into the woods and led to the quarry hill. The hoof prints, heaps of dung, and ruts from the wheels of heavy carts that marked the path looked several days old: the reinforcements hadn’t arrived.
Garux’s heart raced as he walked up the path. Soon he might run into a Marcomannic sentinel and fight for his life again.
The druidess said that in her youth, this kind of danger had occurred almost every day. The tribe had engaged in endless skirmishing against their Germanic neighbors and even joined other Celts in battles against Roman centurions. Many Celtic tribes had returned to Gaul and left Agira’s town isolated, though, and the chieftain, Agira’s late husband, had turned his attention from warfare to trade.
Until the eclipse night, Garux hadn’t done anything more dangerous than hunting a bear, and he felt lucky he had grown up in peace. Although he would happily go on living his old, pacific life, the tribe’s only chance for survival was dispersing the first wave of intruders.
As he neared the quarry, he realized he was too exposed on the wide path. He was about to plunge into the undergrowth and walk on the path’s fringe. But it was too late.
Garux twitched when the beat of hoofs thundered behind his back. As he turned for the woods, sharp pain blasted through his shoulder. An arrow had bored deep into his flesh.
He glanced at the attacker, expecting to see a Marcomannic soldier. To his shock, he saw spiky hair and a tattooed face. The attacker raised the bow again. Another arrow struck Garux’s chest just as he recognized Horeus.
Pain clenched and deadened his upper body. Garux had a dagger and a battleax, but he couldn’t move his hands and reach for them. His legs still worked, though, and he staggered toward the nearest thicket.
The hoofs thudded closer and closer. Horeus leaned toward him from the saddle, brandishing a long sword. The last thing Garux felt was the sharp blade sinking into his neck.