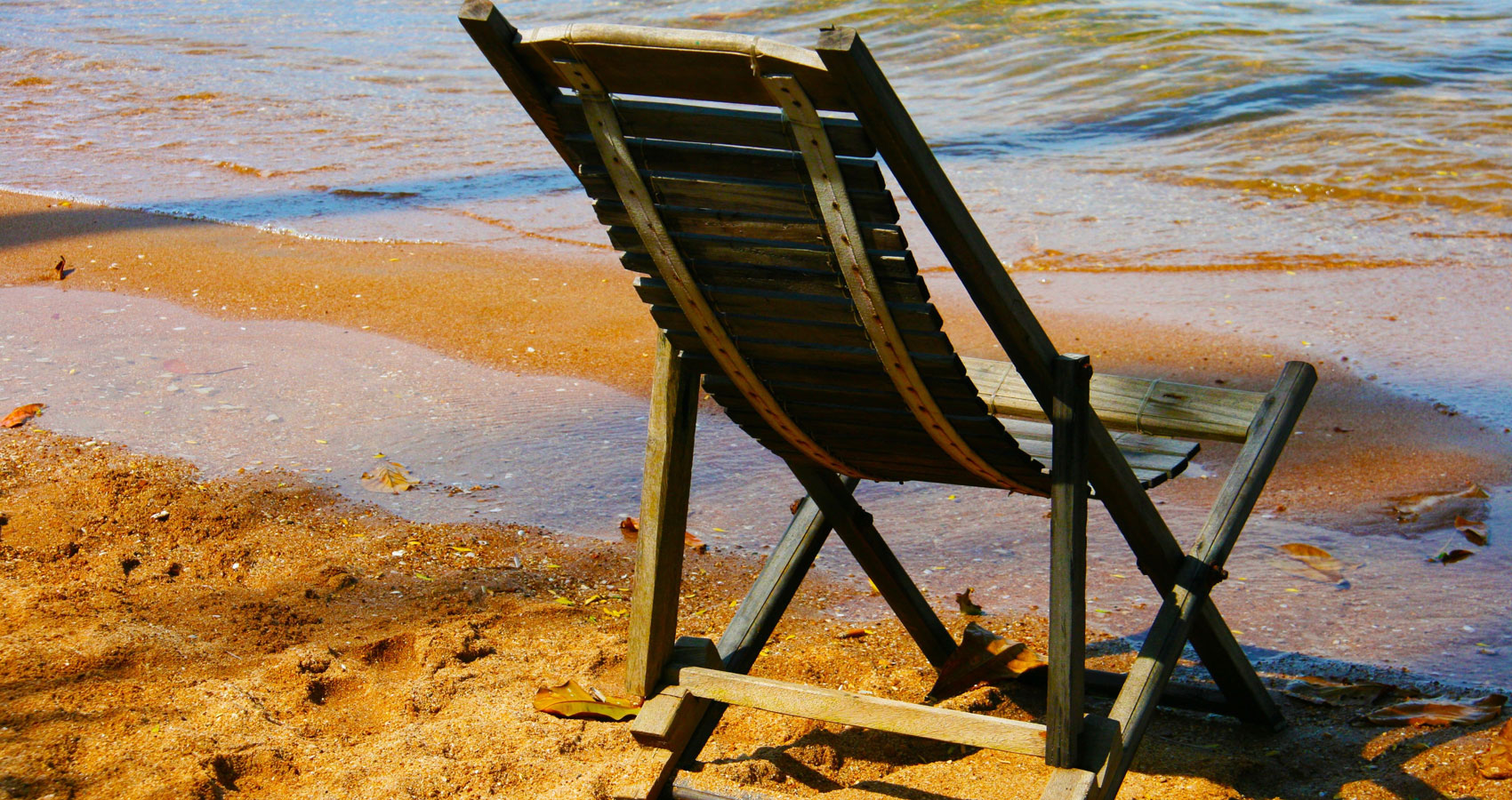 ‘What a glorious island darling sunshine, beautiful sea, this romantic bungalow and our very own sailing dinghy. Simply perfect.’

John stretched himself in the Berbice chair, placing both legs on one of the extended arms. He sighed as he watched seabirds soaring in the afternoon sun. He felt a great sense of satisfaction as he closed his eyes and smiled into the warm salt breeze. Things could hardly be better. ‘Drink your iced tea my dear or it’ll get warm.’

Moira drank deeply, she found the cool citrus tang deeply satisfying. She, too, had a warm, fuzzy feeling of anticipation. This was turning into the best holiday yet ‘shall I call the houseboy to bring more tea, John?’

‘I gave him the afternoon off dearest.’

Yes, you certainly have had my dear.’

Whatever do you mean, John?’

‘I poisoned yours, dearest you’ll be dead soon then I’ll have all your lovely money.’

‘Oh, you silly boy. Did you think I didn’t realise why you brought me to this remote place?’ Her laughter tinkled like a glass wind chime. ‘I swapped glasses when you went to the loo.’

John smiled knowingly ‘Ah, I knew you suspected me darling, and I know you’re a very clever girl, that’s why I poisoned my glass, not yours. I simply went to the loo to give you the opportunity to switch.’

John smirked ‘I’ve bribed the local police chief to falsify your cause of death, my sweet. A thousand now and two thousand on receipt of your death certificate. That’s eighteen months pay on these impoverished islands.’ John felt in full control of the situation, Moira was clever, yes, but no match for him. ‘When your dead I’ll pop you into the sailing dinghy and send you out to sea, a tragic sailing accident.’

‘My word my darling you’ve really thought of everything. I do so love a good plan.’

‘It was easy my dear, these poor, simple Island people are so easily bribed you know.’ John rubbed his hands gloatingly.

Moira’s happy grin extended from ear to ear as she smiled into his face. She clapped her hands in delight, rocking back and forth in her chair ‘you know, John, the trouble with clever people like you is that sometimes they run away with the idea that they’re the only clever people.’

John’s smug smile began to fade when he saw her confident reaction ‘what on earth do you mean my darling?’

‘I knew you’d try to murder me for my money John. I also knew you’d use poison. You simply haven’t the guts for violence beloved. I also noticed that our glasses were not quite identical. Yours has a tiny chip in the base so you’d know which glass was which.’

John frowned now, his eyebrows joining in the centre of his deeply lined forehead, wondering where this was leading ‘So why did you swap them, then?’

‘Ah, that’s my clever bit dearest.’ She beamed with triumph now, knowing she was about to deliver the coup-de-grace. ‘I poured the contents of your cup into the empty tea jug then poured mine into yours. I then poured the poisoned tea back into mine.’

John looked aghast, so that was why he was beginning to feel a bit strange. He was about to reply the houseboy entered. ‘I thought I gave you the afternoon off?’

‘Yes, sir,’ he smiled broadly, the sun catching the happy glint in his dark brown eyes ‘that was most generous of you, but I had to come back to remove your bodies.’

Moira looked astounded her hand flew to her face, this was not part of her plan ’what on earth is going on here?’ she demanded a note of uncertainty creeping into her voice.

The houseboy grinned happily ‘I poisoned the whole tea jug before I left, folks.’

‘John was horrified ‘But why man? Haven’t we always been kind to you?’

The houseboy laughed ‘In your own condescending way, sir, yes, you have.’

John felt his arms beginning to go numb as his vision blurred. In her chair, Moira was still and deathly pale.  ‘‘Then why man? How did you know….?

‘Why?’ the houseboy said ‘that’s easy, sir. You have ten thousand in cash; your credit cards and jewellery are worth many thousands more.’  He smiled kindly at John ‘do try to relax sir, the poison is quite painless I promise. The last thing I want is to make my kind benefactors suffer.’

John was finding it difficult to comprehend ‘but.. but…’

‘My uncle is the local police chief, sir, he’s a very clever man you know, and he bribed me, sir. As you said yourself, we poor, simple island people are so easily bribed.’ The boy patted John fondly on the shoulder. ‘You even provided the idea for the means of disposal, sir. You really are very clever.’ He took John under the arms ‘Time to pop you both into the dinghy now, sir.

This is a story from my forthcoming book titled “A Sting in the Tale” of short stories written for various competitions over the years.