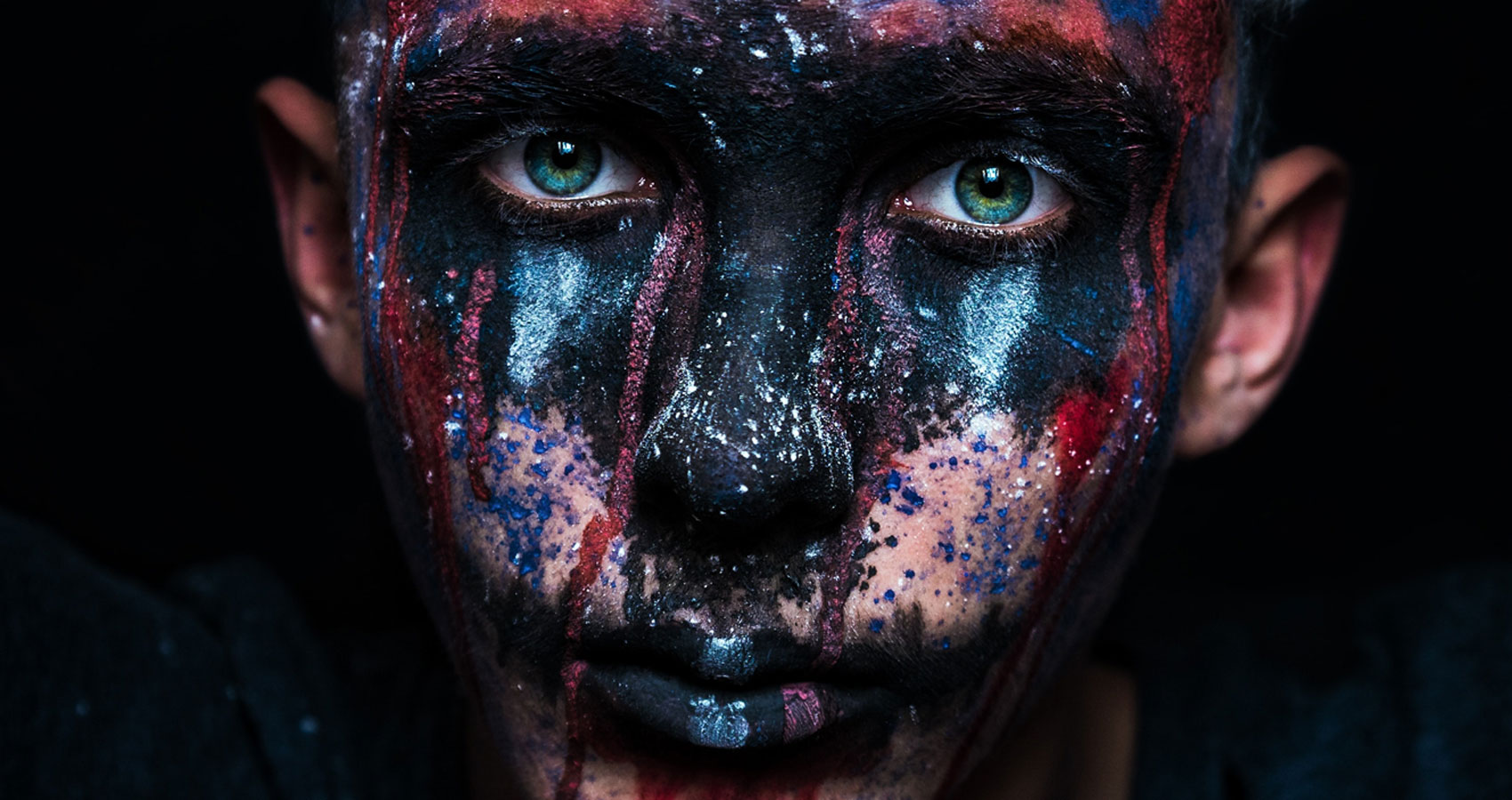 The infinite dark wields its paint brush.
It strikes me with mean ungentleness.
My legs disappear with each passing stroke –
not with any merciful swiftness, no,
but as a pin prick joined, a second at a time,
by a thousand, and then some thousands more.

My toes disappear.
I lose my balance and fall –
not to my end, as that would be too kind,
but only so I may gulp at the wind,
and suffocate just so much! –
over and over. Alas, it’s never over.

The canvas that once grounded me
is growing a saturated a sickening merlot
while my head spins and tingles
with disorientation and with yearning.
My eyes see red – both that of evil and of envy.
I pine for some conclusion to this mad and infinite burning.

My ankles now are dissolved rubies,
although they reflect no jewel’s light.
The blank page – it beckons me still,
though I cannot walk.
And so it chortles – consuming me an inch at a time,
while I absorb into the carnal lust of the hungry easel.

And on and so – my knees – no, they cannot buckle.
My lower half now merely a palette’s appetizer.
I think I hear a chuckle far below my panicked sobs
as the artist’s stomach is filling with my own.
“What is wrong with you!” I cried.
“No” came the choral reply, “What is wrong with YOU?”

And soon, my heaves are stilled.
“Boom boom. Tick tick.” The clock now stops.
I see, hear and speak no more violence.
My very soul hovers over death.
And that which once spoke is forever silenced.
The muse, amused, has stolen my last breath.

I am a mid-forties retail worker and former paraprofessional of 16 years. I teach piano privately and have done so since my college days studying music.

Writing has been an outlet and a salvation of mine since childhood. Thanks to some supportive and encouraging teachers, particularly in high school, I gained confidence and discovered I had a lot to say and the means to say it.

The Day Before Winter