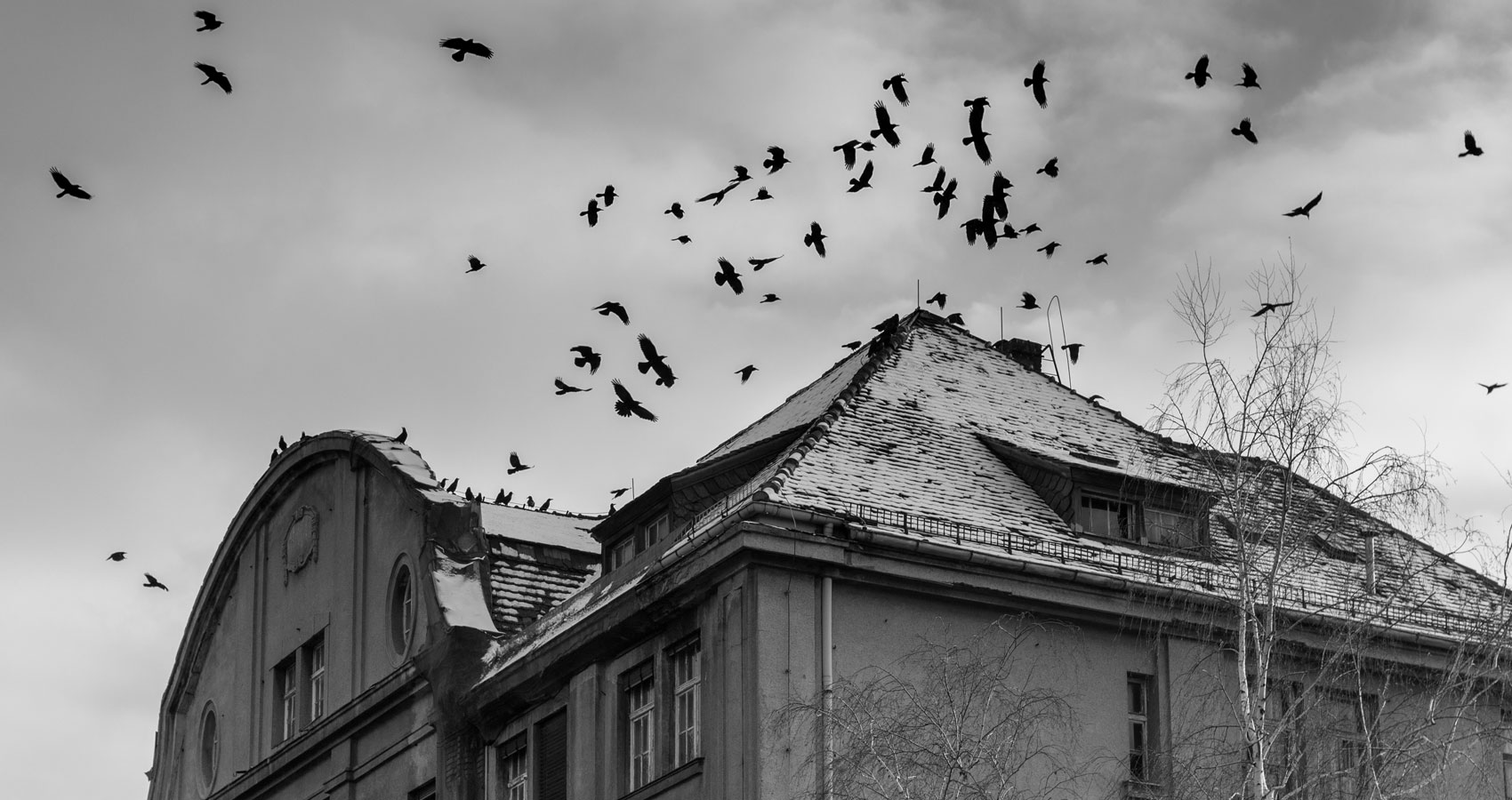 Dive bombers, black wings spread,
satanic angels: Two crows attacked another
broken on the long grass,
consumed by grappling weeds,
unable to fly and imprisoned within
the soft melding soil as if caught
nesting; I watched from afar; a spectator at an accident
unwilling to intervene.
Darting beak, defending itself with desperate
protests: they swooped again and again-
stukas in the old war, squawking demonically
wings flapping like black pistons geared up for death-
again and again they drilled into the world of men
boring down until
in the fading light, head bowed,
the damaged crow surrendered
and vomited out its last stored-up breath,
shining ebony slashed, in a flurry
of dangling flesh, its life hacked away-blood
dripping from its bill-
hacked away in the cold air,
its brothers, like brothers everywhere,
gorging on its flesh.

By then, I had had enough,
I refused to watch anymore. The bird
a meal for its own kind,
soon just scattered feathers
repositioning the light.
Its darkness, once a threat,
with its suggestion of foreboding
now merely signalling innocence,
the victim of misrepresentation.
I left a scene that did not truly
embrace reflection, an unusual
carnival of life and death in a city
that rejected both.