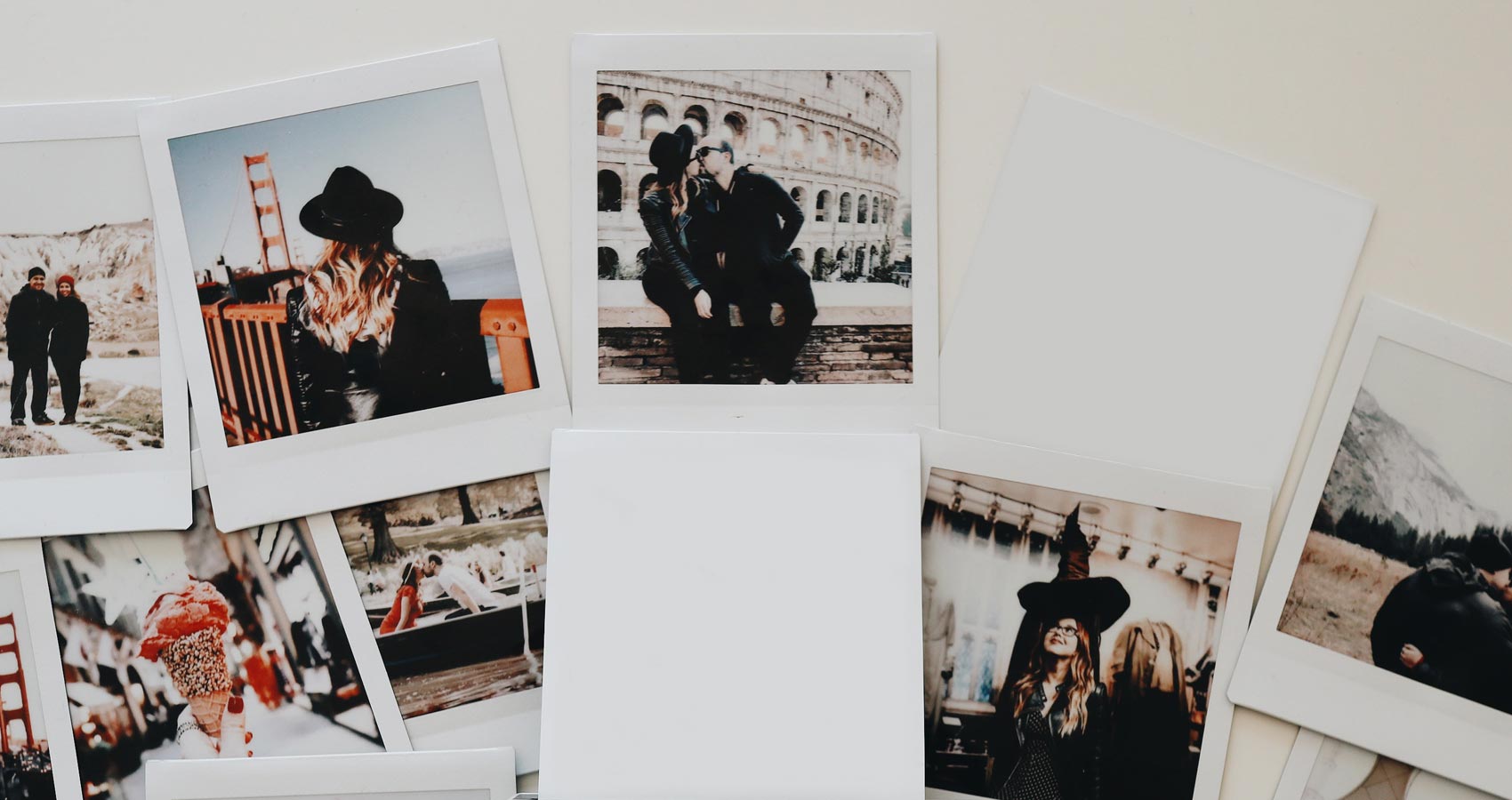 “How long since you joined this group?” I looked at the man who had posed the question. He was young; had tousled hair, and gorgeous blue eyes that penetrated deep into your soul.

“Been here for a few weeks now,” I gave a casual shrug, hesitant to pursue the conversation. Most men I had met, including my ex-husband, had their own weird way of starting a conversation. Some thought buying you a drink made it obligatory on your part to let them ogle you. Others were brazen enough to ask you to their room before they even knew your name. There were those ones too – who took the long, safer route; ones who pretended that they had known you all their lives.

They would start off with familiar questions about your hobbies, interests; where you were from – the occasional ‘Ah’s’ and ‘Oh’s’ followed. Then gradually, the conversation veered towards how your life tallies with theirs. Finally, it ended up with the same question though – ‘Do you want to come over?’

“I have been here for a month now.” The man continued talking, unable to take my hint. “I am Ralph.”

“Great. Has it helped, being in a bereavement-support group?” I forced out a reply, feigning interest in what he had to say.

He let out a deep sigh, “It’s hard to forget what you have lost so soon. I know eventually we all get over the fact that life sucks in parts. But it’s a bumpy ride till you get there.” He paused a little, as if trying to sum up the rest of his words. “You know, sometimes I wonder if there was a way to delete those parts from our lives…ones which we, we didn’t want to live.”

I gazed at him. He stared at the floor, as if scanning for some hidden pattern on the concrete surface that bore our weight. I wondered if it was his way with words, or it was me with all my emotional baggage that did the thing. But, I kind of had been feeling like that very often nowadays.

I felt more so whenever my sister would call and complain about her beastly kids and how they made life more difficult for her.

“Adam ripped the living room apart. And Sarah just littered her food all over the playroom. You know kids these days – sometimes I feel I just had too many of them.”

I know my sister, Betty, had always been a little daft. But sometimes, I wondered if she said those last words just to prod me open. She knew. In fact, my entire family knew about my abysmal fertility curve. Everyone knew how hard Frank and I had tried to have a baby. My ovaries were like those undependable cabbies, who cancelled rides at the last minute.

My periods always arrived on time though, like my phone bills. But I learned later – it meant nothing. Your body can bleed every month without releasing a single egg. However, when Betty would hear of it, she would always crib.

“Beautiful flow – that’s what you’ve got, Marge. I am telling you…you will get knocked up soon, and then regret it.”

But my ovulation strip told a different story every time.

“I am tired of trying like this,” Frank confessed one day after he returned from work. “I think we should consult a fertility expert.”

I had dreaded those words for a long time. I wasn’t too keen on fertility treatments. They were expensive and exhausting. The mental and emotional pressure was too much to handle. To top it all off, there was no confirmation that you would get what you seek after putting your body through that ordeal.

“We can look into adoption as well,” I suggested that same night to Frank; even as he scrolled through his social media notifications absent-mindedly.
“Uh-huh.” Frank shrugged, “That’s there. But my co-worker told me that he had twins after 15 years of marriage through IVF. Imagine that.”

I knew there was no point in discussing further. Frank wasn’t a bad husband per se. He was definitely not like the abusive, foul-mouthed brute Betty had wedded (she often reminded me that when I whined about my infructuous existence, and its effects on my marital life).
“The other day I was changing Carol’s diaper, when Sam just stormed in through that door. And the next thing I know – he grabs my hair and slams my head against the wall behind me. All this – because I forgot to iron his shirt in the morning. Can you believe it, Marge? You are so lucky you have Frank,” she said.

Yup, I was lucky. My husband never raised a hand on me. But what he lacked in brutishness; he more than made up for in mule-headedness. Thanks to his stubborn, linear, and incredibly square disposition; we opted for fertility treatment.

I won’t deny it – after my initial visit, I was excited. The doctor sounded like this woman who knew what she was talking about. It did not sound that bad.
But as the treatment commenced, my enthusiasm started to wane. First, they took tests and something called follicular studies. On seeing the first batch of those, the doctor declared triumphantly that a simple IUI procedure would do the trick. Both Frank and I were thrilled. We had three of those – every single one failed.

Then the doctor ordered a few more tests and studies. “Chances are higher in an IVF,” she informed us, as she prescribed a daily dose of injections for me. I hate injections. I have hated them since I was a little girl. After two unsuccessful IVF attempts; all I gained was a lot of weight, self-pity, and frustration. Frank on the other hand, had suffered losses – mostly in the form of a receding hairline.

The money woes caught up with us later. And then one evening, Frank hesitantly announced that he couldn’t live with me any longer. It was eating him from inside. The entire ‘starting a family’ thing was a bad idea. He was submerged in debts till his neck, etc., etc. For all I cared, I wanted to plunge his head into whatever cesspool he had already landed in.

A few months later, we got divorced. A week after that, my parents invited me to a ‘catch-up dinner.’ Betty came too, along with Sam, her two older kids; and a puny mass of pink, breathing flesh, tucked within her arms. My mother kept praising Betty for her forbearance throughout the evening, even as she stole sideways glances at me.

When I couldn’t take it any longer, I stabbed the steak on mum’s new china plate, and marched out. I wanted to delete all of them, everything from my existence.
But I still had a life that needed living, didn’t I? So here I was, in a bereavement-support group, listening to – what did he say his name was? Yes, Ralph.

“So, what do you wish to delete from your life?” I softened my tone. Getting laid suddenly didn’t seem so bad.

He shrugged and broke into a half-hearted laugh. “I don’t know. Maybe the fact that I am gay…or, that my partner cheated on me. But most of all the fact that, they denied me adoption on religious grounds.” His eyes now glittery and wet, “…they said it’s against nature and God for men like me to be allowed to become a father.”

I am Amrita Sarkar, a writer based in Kolkata, India, and at present. For me, stories are my flights of fancy, an outlet to satisfy my errant imagination. My writing journey started in 2017 with my first serialised novel, ‘The Big Bong Theory’ on Wattpad. Thereafter, I participated in the Times of India (TOI) Write India Contest, Season 3, where my story was selected as the winning entry for the Clare Mckintosh contest. In December 2019, I published my first novella, The Untouchables, which is a murder mystery based in ancient India. Recently, one of my stories, 'The Girl in the Forest' was selected as a winning entry for The Hive Publishers anthology, #Love. The book is available on Kindle and Amazon.