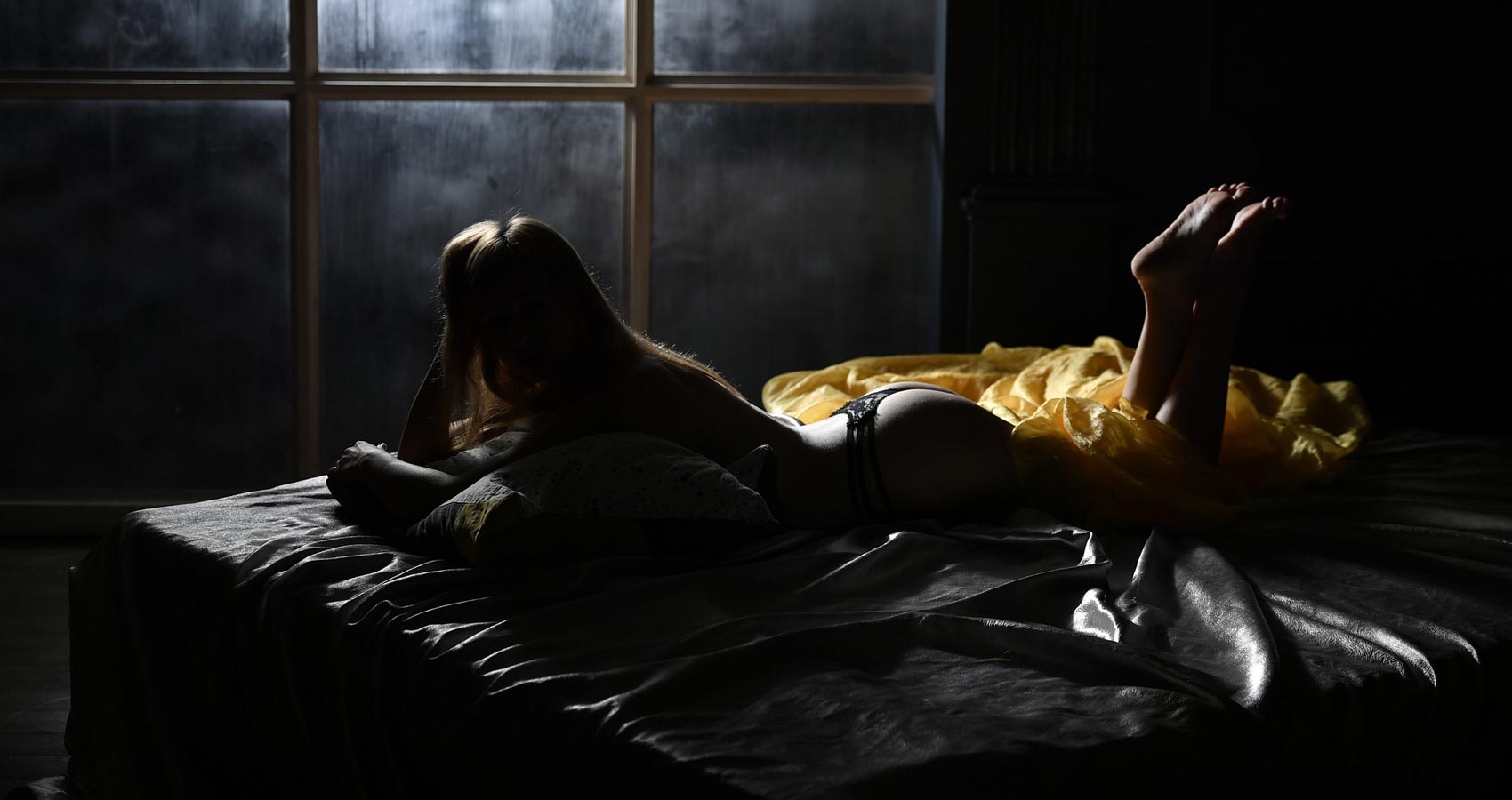 In the lamp by the window, she checks him for cuts, rashes and sores. He is already leaking desire.

‘Sorry babe.’ He smells of peaches and aftershave and salon shampoo.

He opens his wallet and she notices a photo. Him about ten kilos ago with a few less lines, a botoxed-up brunette and two toothy girls in floral, all beauties with big hair.

Leaving him to shower, she takes his credit card downstairs. Reception processes the booking and pours him a drink.

Less than thirty seconds. Definitely not her record. The bedside table timer says 41 minutes to go.

‘So whaddya do when you’re not doing this babe?’

‘So brains and beauty, ah?’

‘Seemingly so. And you?’

Their palms slow-dance with each other as they talk.

‘Would it shock you, that I happen to like being paid for something most women are expected to give away for free? —To vulchers on dating apps that never return calls?’

‘Yeah, nah, I mean no disrespect—it’s just, you’re such a pretty girl and switched on too. You don’t need this typa work.’

He leaves her hand to start drawing half circles on her right thigh. The room is silent. Nothing else exists.

‘This’s just like the dentist babe. Just another service, ya’know?’

‘But it’s not for me?’ She raises her eyebrows.

‘You said it’s like going to the dentist. So am I not just like a dentist then?’

He takes a sip of his whisky. ‘What’s your star sign babe?’

‘She used to be— I mean she still is—it’s just different now but.’

He takes her hand and presses his mouth against it for the longest time, like he’s reading her skin with his lips.

‘After we had the kids, it was like— she just stopped seeing me, ya’know? I mean we have sex on my birthday, but that’s it.’ He carefully removes the condom heavy with matrimonial frustration, vigilant not to spill a drop and places it next to the tissue box. ‘And I can’t wank in the house—not with my daughters in the next god damn room, that’s fuckin sick, ya’know.’

He smooths his hand over her shoulder and slides it slowly down her arm.

The visuals on the TV have changed to a woman subject to insertion of a coke bottle into a less frequented orifice.

‘Mind turning that off, babe?’

She leaps up and presses power off, the colourful scene vanishing to black.

Returning to his side, she nuzzles up, enjoying his warmth. He kisses her forehead. She thinks of nothing.

Miya Yamanouchi is a writer in South Eastern Europe whose words appear in magazines, books, textbooks, news outlets and literary journals across the globe including Europe, North America, the Middle East and Africa. She holds a Bachelor of Counselling and is a Master of Communication student with a 90 plus average. Her journalistic work can be found at Balkan Insight and The Sarajevo Times where she has reported on post-conflict issues including landmines, mine victims, transitional justice, genocide denial and ethnic tensions. In August 2020, Miya took her first ever creative writing class at university where she discovered a love for writing fiction and poetry. Since then her poetic work has been published in Poets and War, SpillWords Press and Poetry Atlas, while her flash fiction stories can be found at Friday Flash Fiction, 50-Word Stories and 101 Words. Her first ever short story, ‘A Tale From The Black Ink Sea’ was published in Drunken Pen Writing followed by SpillWords Press, where it was shortlisted for Publication of the Month. Miya has lived on three different continents and an island in the South Sea, and is currently learning her third language. Her writing reflects her multifaceted personality and unique, diverse life experiences.