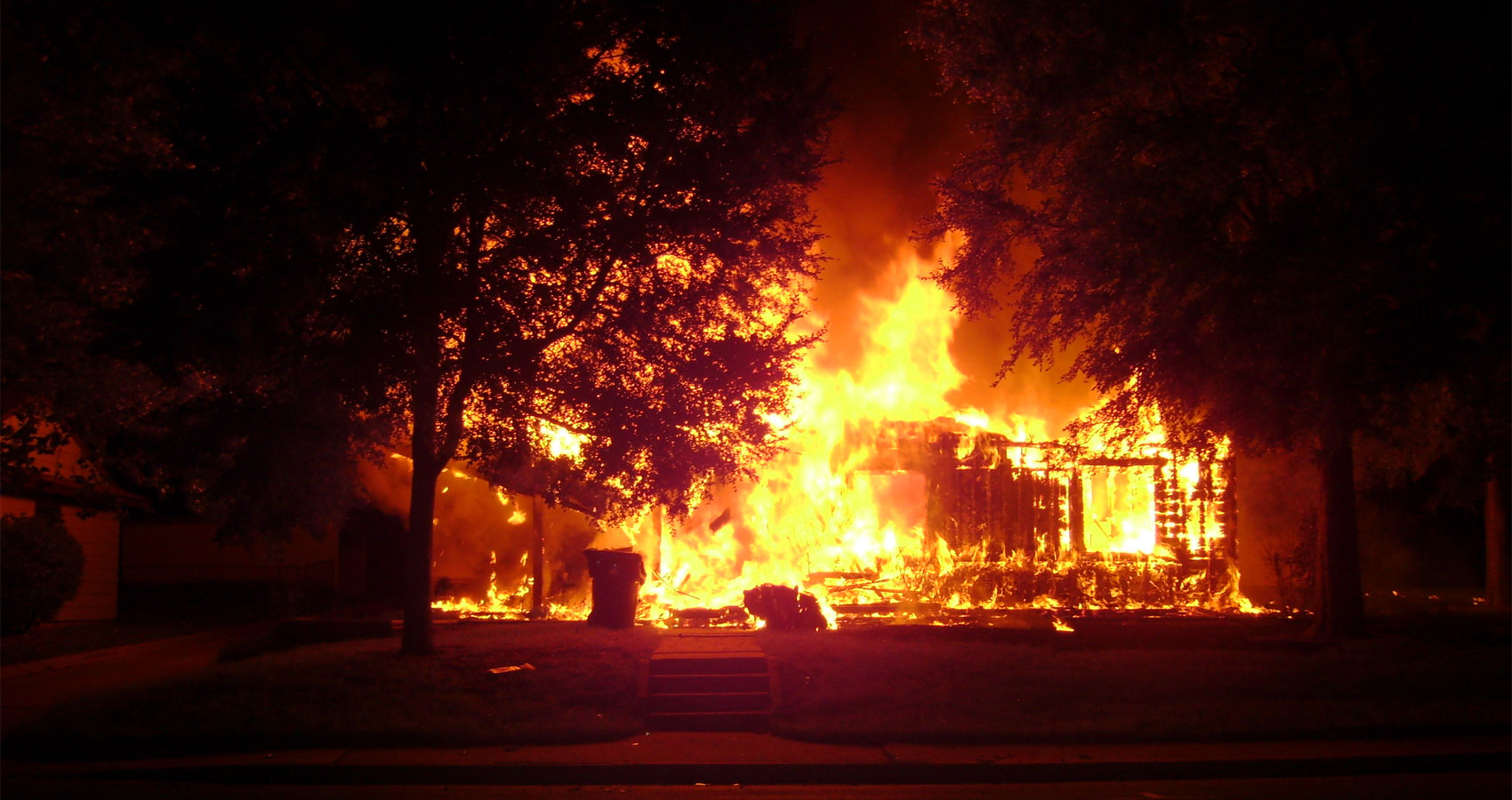 Here on Fillmore Street stands this flat-roofed home that was ugly to me as a child, but I gradually grew to appreciate the old design. Its large overhanging eaves and stucco façade were unusual, and It had quite a bit of eye-popping curb appeal, but unfortunately, it has been deteriorating since the mid-1980’s. It’s too bad because my grandfather once told me that he remembered this house when it was being built, a bit before the first World War and that its designer was none other than famed architect Frank Lloyd Wright.

I now stand facing that old house on this freezing night in January, but I’m feeling warmth in the glow of the fire that engulfs this landmark. My eyes are welling up a little, for this was just an extension of the neighborhoods of this city being swallowed by neglect, the dereliction of the many other buildings and properties over the last 40 years has been so hard to watch, I’m sick of this slow death!

There was much promise felt back in the day, when employment was plentiful here and the future was rocketing like the Apollo spacecraft, and seemingly nothing could stop it. I was 13 when my father opened his fab shop in 1962, and it relied heavily on contract work from the local steel industry. Life was good back then for our family and many alike, but progress stalled somewhere along the way. Something went very wrong as if lightning struck and left us in a blackout. Some folks will blame it on the foreign competition at the steel mills and the ensuing loss of jobs. Some will even blame it on race, white flight or blacks rioting back then, but I don’t think that’s it.
I now think it’s as if founder Elbert Gary created his namesake city for the period, for a short window in time, and like the ghost towns of the California gold rush, no matter what blame you’d want to affix, its demise was imminent. No overhaul was ever going to fix the lull after the “gold” of this town had run out.

I feel my heart thud heavily and I so wanted to see a reverse in this tide of destruction, the destruction of everything…but to me, it’ll never happen. Not here, it’s over!
As for my life, I am now 61, and things aren’t going so well. I’m on disability with a bad back and am diabetic, but even worse for me, I lost my wife back in ’89 to an armed burglar who broke into our house, probably looking for drug money, who knows. She had the misfortune to get out of bed when she heard the floor creaking at four in the morning. She went downstairs and was shot dead on the spot, sprawled out on the kitchen floor. It should have been me with a bullet through my gut and bleeding everywhere, but I was too tired to get my lazy ass up to investigate her concern. God, how I regret that. It’s been almost 30 years now and they never got the son of a bitch, either.

I hear a fire engine in the distance coming, but they are too late. Flames are shooting through the roof and every window is lit up like a portal to hell. I look around and everyone watching has the same blank stare. This is entertaining at least, I have to say.
The orange glow glances off the packed ice on the street, and it’s eerily beautiful on the surrounding snow…to my warped mind, anyway.
I hear a young woman say, “Damn, that’s a shame!”.  And another woman responds, “Yep, but, I ain’t surprised.”.
I put my cold hands in my coat pockets. I dig through the contents in one, feeling the losing lottery ticket from yesterday, a couple of pennies, and the rabbit foot keychain that belonged to my wife. In the other pocket is a disposable lighter.

Earlier tonight, I grilled a couple of hamburgers and ate one down, chasing it with a few gulps of whiskey. My eyes were wearily fixed on the empty chair across the table. I then looked at the emptied whiskey bottle for a long time. I took the bottle to the garage and filled it up with gas from the red plastic container that I had used for the snow blower when it still worked. I found the pile of shop rags that I made from my dress shirts and forced a couple of strips down into the neck of the whiskey bottle. I paused for a minute to take out the pack of smokes from my t-shirt pocket and lit one, breathing it deep into my lungs. I felt like a zombie when I walked down to the end of the block. Not even being careful to see who was around. I lit the Molotov cocktail with the disposable lighter and threw it through one of the already broken casement windows of this historic home. It was an accurate throw, I was surprised that I didn’t miss.

I thought about Frank Lloyd Wright and his creativity. His unique Prairie design was a far cry from what passes for creativity in me. His buildings keep his fame relevant, and now, I guess I’ll be a part of his legacy too. I’ll be connected to some greatness, even if by being the destruction of it…but, one thing is for sure, this slow death just has to end.
I pulled up the fleece lined hood of my coat and walked back into the flickering shadows, ever-growing in this old neighborhood.