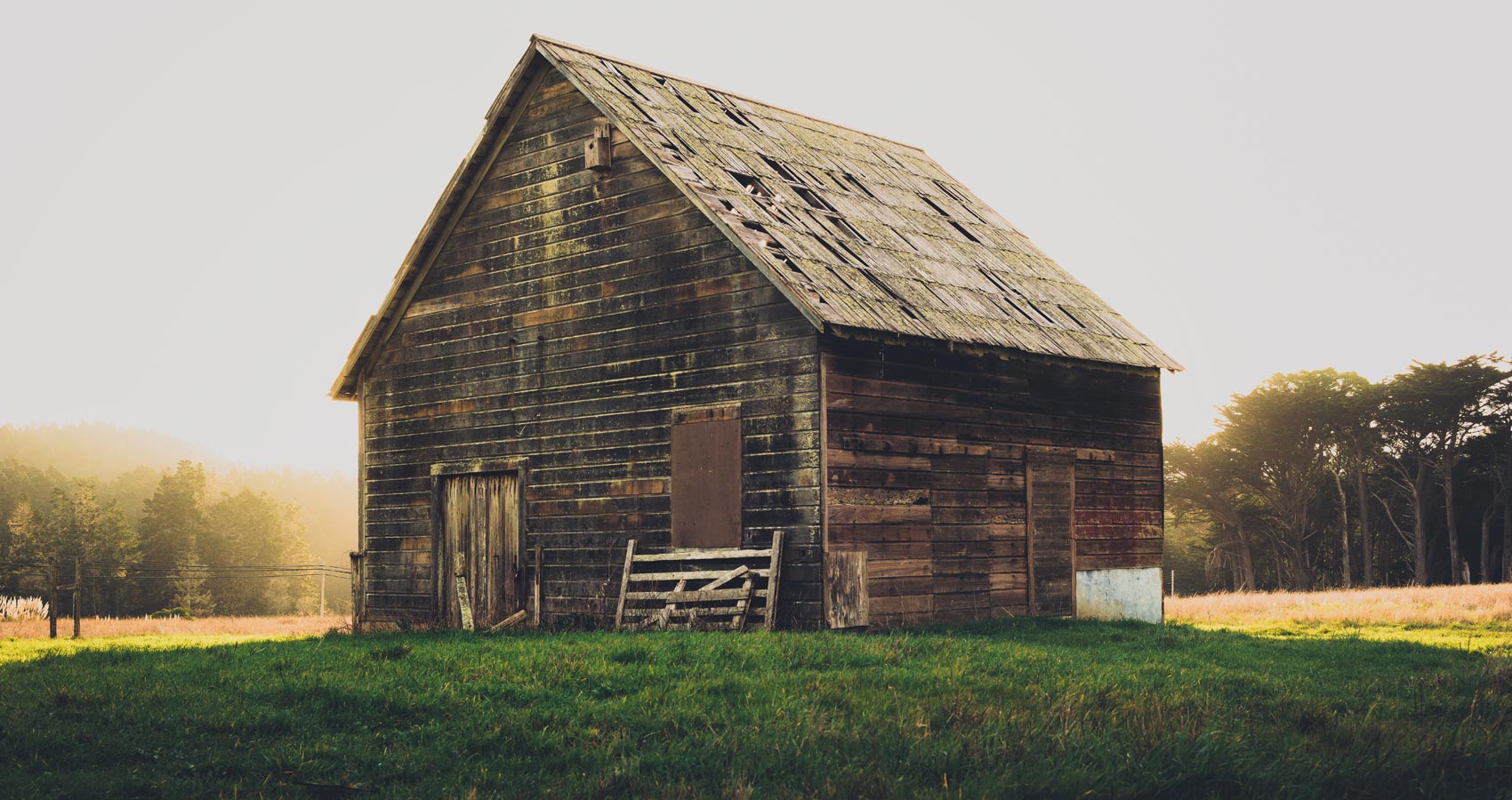 I accompanied my mother to reside at my grandfather’s secluded house in the country, where she tended to the snappy old dog in his decrepitude. A miserable sod he was, but Mother said, “Grandfather wasn’t always so cantankerous.” Perhaps it boded true because Mother tended to him with loving devotion.
“Disposition,” she said. “Has a lot to do with what we keep and what we let go.”
“Grandfather surrounds himself with a lot of things,” I said.
“It’s not about possessions, dear.”
The bizarre nature of the thought confounded me until other more phantastic happenings usurped it. This story is of that strange season in my life.
Mother was far too busy caring for grandfather to have any concern for my whereabouts or welfare. Having seen eight summers, I was old enough to help with some cooking and cleaning but was otherwise free to roam like a curious kitten. I wished grandfather had a tame cat, but only feral felines inhabited his decaying farm. I couldn’t get close to them, try as I might.
Uncle William, who lived with Grandfather, said, “While you’re out roaming, May, stay away from the barn.” He spoke slowly with thick words that tripped and tumbled off his tongue. “It’s falling down and not safe.”
It surprised me that Uncle roused to offer advice. His only contribution to the household was chopping wood and stoking the stove. Uncle William usually remained in the shadows at the back of the kitchen, silently sitting or reclining on a cot under which many brown bottles collected.
One day I tried to peek at the bottles that he called dead soldiers. Uncle touched my shoulder, shook his head, smiled, and winked. His eyes were a deep amber honey and transmitted a depth of sadness that made me ache. A lump came to my throat to see tears dampen his curling lashes, and I curtsied.
Whatever possessed me?
When I asked about Uncle’s collection of bottles, Mother cautioned, “Uncle is suffering from good and bad days. Leave him be and keep quiet when you’re inside. Now out you go.” She lifted her apron and made shooing motions with the ruffled bluebell patterned skirt.
I escaped the silent vault of the house as often as possible. It was lonely with no companion. But sometimes I heard whispers in the wind. The murmurs jingled like a child’s voice.
Chiming laughter and nursery rhyme came to me on currents of air, muffled by the apple orchard’s boughs and leaves. Straining to catch the sound, I could almost make out the rhyme’s words.
My search for the source of the music bore no fruit. Did my desire for a friend supply me with an imaginary playmate? I had heard of children having such. However, I was far too old for that and not addled. No, the wind whispered words. My body shivered all over as I heeded the dulcet harmony. The blond hair on my arms stood to attention.
I heard it, not clear as a bell, nor every syllable. Perhaps I provided some of my own words, but there was definitely a song in the sweet apple-blossomed breeze.
What’s that? Hush May, hush, hearken.
As I stood still listening, the song wisped by like a flock of swallows. The voice sweet as an angel choir sang the quatrain.

Ring a Ring O’ Roses.
A pocket full of posies.
Husha! Husha!
We all fall down.

The next morning, I took a piece of toast for breakfast and followed the narrow winding path to the orchard.
Walking past the barn, I heard a cry. Not of a child, more likely a cat, but certainly it was no gentle mew. This was the howl of an animal in distress.
Opening the door to the cowshed, odours of old hay and dry manure greeted me, and from above in the mow, I heard the cat wailing. I climbed the rung ladder to the upper level, breathing heavily with each movement, holding tightly with my hands as the round rungs slipped on my smooth bottomed shoes. Uncle’s admonishment about the barn’s safety forgotten in my desire to comfort the cat, and there it was.
A small orange tabby cried, trapped between the boards in the haymow. What a racket. Part of the tiny animal’s head was through the space between two panels while the rest remained vice-like in the slats. The only solution was to shove the remainder of the creature’s body through to the manger and manure below. Besides, cats land on their feet.
I took a step closer and pushed the animal gently. My weight loosened the boards, and I tumbled down through the opening gap, along with the cat. Planks from the mow crashed beside us as they broke and splintered in a cloud of hay dust and twisted loosened bales. Thankfully, the piled straw mixed with manure made a soft if not so pleasant landing.
I opened my eyes to the gentle touch of the kitten licking my face and the song ‘Ring a Ring O’ Roses’ rising in the air with the dust motes. I could see the child clearly now as sunshine beamed through the shards of the broken window. She wore a dress in the same pattern as my mother’s apron, though not as faded. Her blonde hair hung in ringlets around a heart-shaped face. She and I were of a size. Would this girl be my salvation?
My head ached, and I couldn’t move my legs trapped under the wood, but I could talk.
“Who are you?” I asked.
“Maria.”
“Go to the house for help, Maria.” I wanted to know all about her but needed rescuing first. I didn’t mean to be sharp, but my legs hurt.
She ignored my plea, smiled sweetly, and sang some more, causing me to believe she was daft. How had she gotten into my bedroom last night? My eyelids drooped heavily, so I closed them to rest, while the kitten nestled in my arms.
I awoke to Uncle removing barn-boards from my legs. There was a tingling in my calves and thighs, and I wiggled my feet back and forth.
“Did she come and get you?” I asked.
“Your mother became worried when you missed lunch and asked me to look for you.” He lifted another board from my legs gently. “Who’d you think would get me?”
“Maria.”
Uncle’s face, red from the exertion, went white. All the colour drained out of him. He pulled the last timber off, and after moving my limbs and finding nothing amiss, lifted me into his arms. Resting my head on his chest, the smell of something strong, like liniment, assailed me.
“Who is Maria?” I asked him, holding tight to the kitten, who cuddled in close.
Instead of returning to the house directly, he tramped way out past the apple orchard, to where there were tombstones in a family grave plot. I didn’t know how I missed the cemetery in my adventures, but hedges and shrubs well hid it.
He knelt carefully with the cat and me, still in his arms, beside a stone angel. A placard covered in moss but still legible read Maria McCracken, daughter of William and Lucy McCracken 1911-1919. The lichen felt cold and damp on my outstretched finger.
Maria’s bluebell apparition never shocked me, but my cheeks flamed, realizing I once had a cousin who died when my age. Stroking the velvet-soft kitten comforted me. It purred.
Uncle William gently caressed the marble angel’s face as if it were alive. “My daughter Maria and my wife, Lucy, succumbed to the Spanish flu. Lucy was so afraid for me, over there in the trenches.” His head hung, and his voice trembled. “In the end, I brought a ring for Lucy, a last name for Maria and the flu that sealed their fate home with me from the war.”
I couldn’t see Maria anywhere but heard ‘Husha!’ float by on a zephyr, and I knew he’d heard it too, at least he lifted his head.
I wondered if I’d ever see her again, now I knew the truth.
Tears ran down Uncle’s cheeks, and with the hand that wasn’t cradling my furry orange bundle, I wiped them off. He smiled at me, his face no longer an expressionless mask, and said, “You’ve got yourself a little purring pal there.” I rubbed Tyger’s face with my fingers and returned Uncle’s smile. Tyger because his roar would protect me at night.
Tyger, Tyger, save me in the night and bring me to the morning light.
With one arm, Uncle William held me so tightly to his chest that I could hear his heart thumping, like a big bass drum. The other arm straightened, and his hand pressed the ground firmly, as he rose from his kneeling position. Uncle bowed his head to the angel, turned, and strode home in long, purposeful strides, with Tyger and me cradled close.

Mary Daurio, a retired nurse, mother and grandmother, is studying creative writing at Brock U while working on short stories, poetry and two novels. One a coming of age, the other a track mystery, attempting a Dick Francis style. She enjoys time with family, playing the flute, walking her dog, riding her horse and, of course, writing— Shoveling snow and dishes not so much. Her work has appeared online and in print in Grey Borders Magazine, Friday Flash Fiction, Cafelit, Medium, Pure Slush, Agape Review, Vocal, Ghost Orchid Press, Spillwords Press, The Fictional Café, Harrowsmith Magazine, and Adelaide’s magazine.