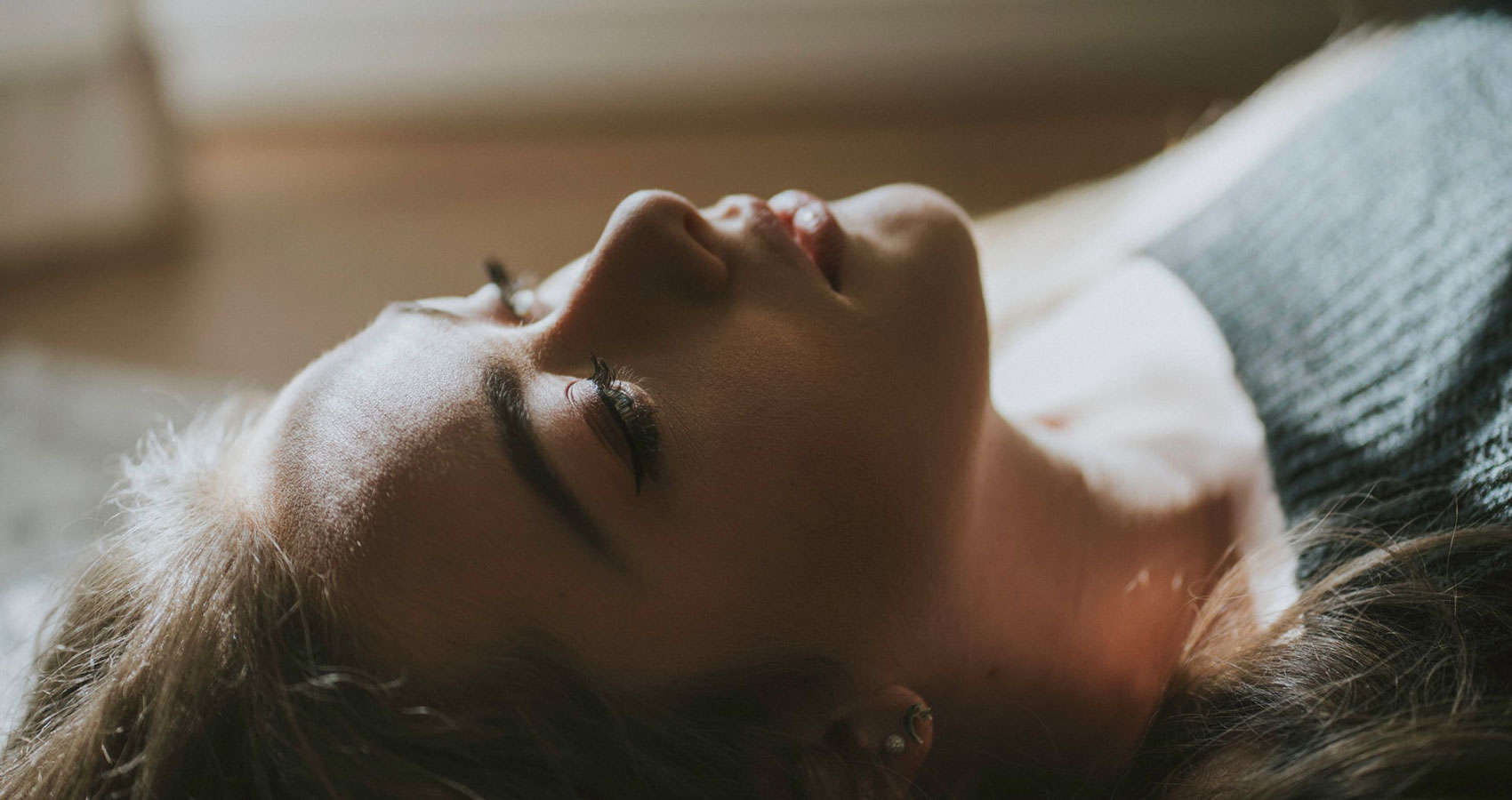 She hovered between worlds; a soft voice called to her: – “Ma’am”
Not quite ready to acknowledge it, she stayed in the place where the pain wasn’t as real.
The voice calls again: – “Ma’am, your mother told me to come and get you”. She sat straight up in bed and sees her Dad’s nurse. Sounds begin to register, it’s her brother’s weeping coming up the stairs. “Ma’am, he’s gone” – the voice says. He’s gone? It’s over? The rush of relief and the agony of pain hit her simultaneously, it is so intense she almost fell to the ground, but she must get to her brother and her mother.
She barely remembers her feet touching the stairs. A scene being replayed from hours before when she heard her Dad screaming out in pain, calling for her. She sees her brother laid across her beloved Dad’s body. Their mother, laying next to him, is stroking his hair.
She couldn’t look at her Dad. Having done so would have acknowledged that his absence was very real. She sat on the floor and put her hands on her brother’s legs and looked at her mother. She felt not just her own pain, but theirs as well. It was 4:20 am on Friday, April 5th, 2013 and this day and every moment of it would be seared into her brain for the rest of her days. The nightmares and the flashbacks would take years to fade away. Eventually, she would wander. Chasing whatever would ease the ache. The whole time, writing passages about the grief she so desperately sought to escape…………

My eyes opened, rolling over, I heard the plastic mattress groan beneath me. Fluorescent lighting coming through the door that was cracked open. There is a moment of consciousness before I open my eyes, and every morning for the last 3 years, that moment of consciousness contained the image of my dying Dad. Three years of this brought me to where I was now, a five day stay on a crisis unit. The grief had worn me so thin, there was nothing left, save some cuts near my elbow ditch, and a night spent on suicide watch.
I knew it was do-or-die. Nothing was going to get better unless I did something drastic. And drastic looked like sleeping on a rubber mattress, with a stranger in a bed across from me. And putting on those ugly, no-slip hospital socks, that everyone seems to love, but I associate with something shameful. As scared as I was to be in this place, I also knew deep down, it was the right thing. Not even just for my sake, but for my family’s sake as well. I had no idea if I would get better. There were so many times I thought I was, only to crash big, but apparently, sleeping on a rubber mattress and wearing those hideous socks, along with intensive group therapy and private sessions for 5 days, became my new beginning.
The emerging of a Phoenix was well on its way.

Heather Bauer is 46 years old and has two kids, Nathan (23) Abby (21) and gets to be Nonna to Lyle James and Amelia Rey. She has a wicked sense of humor and loves yoga. She mixes spirituality with a healthy dose of Buddhism and Witchcraft. She currently is majoring in English at Community College of Denver and is transferring to Naropa University to finish her bachelor's in creative writing and literature.