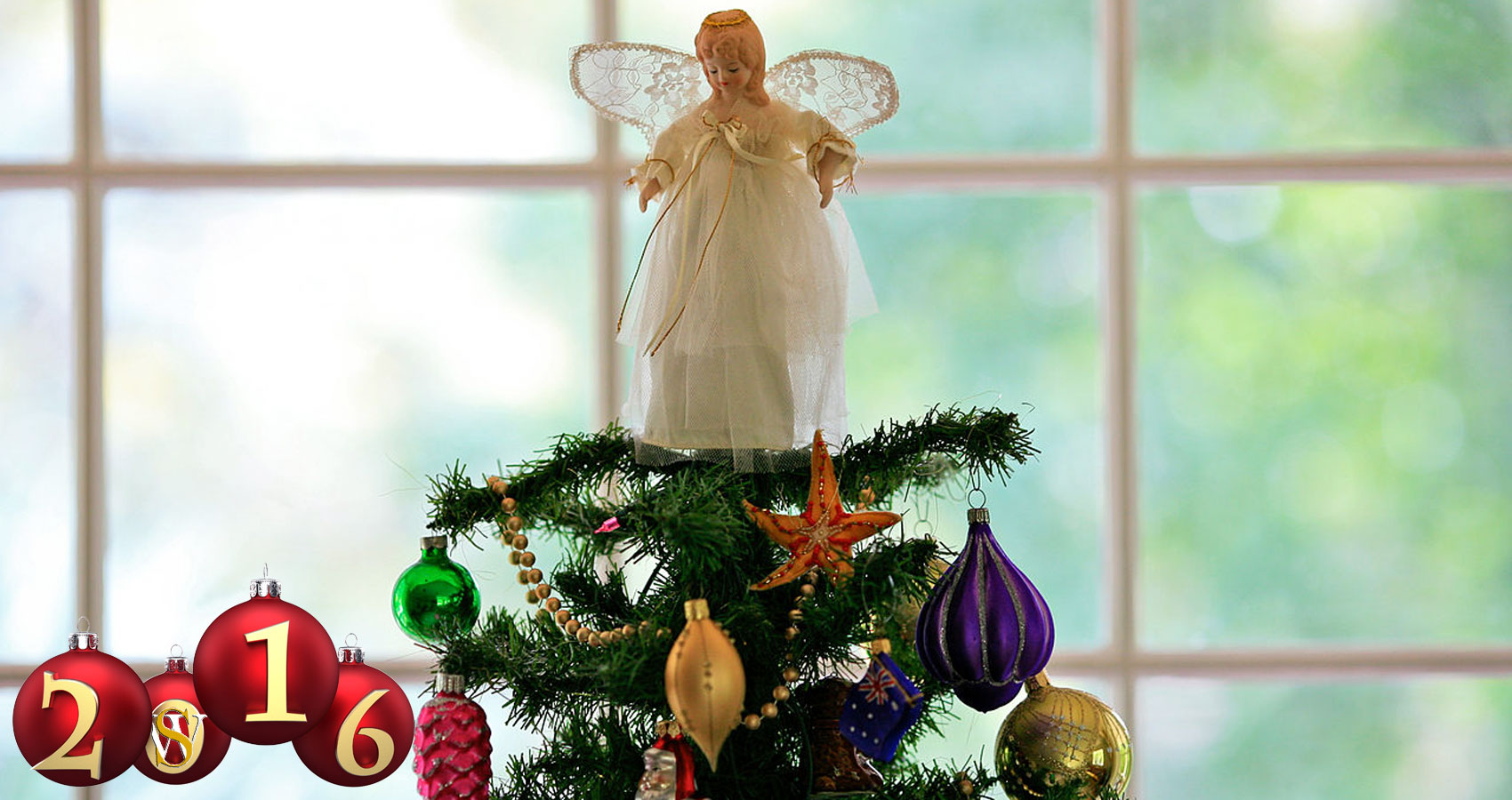 Trapped in a crinkled cardboard prison,
on top of a dust veneered tallboy,
she slumbers and counts
twelve months of ticks,
twelve months of tocks
hemmed in by wire footed robins
caressed by blue-silvered glitter garlands
poked in the behind by the Snowman’s ill placed pipe
she waits for Christmas cheer.
Awoken by twelve chimes from Fred’s retirement clock
the one he got for too many years on the docks.
Forlorn fairy Mary teeters on the spike of a Douglas fir,
Midnight. On the Feast of Stephen!
an hour to themselves,
free from the tampering of mischievous elves.
There’s only Mary, Snowman Sid and Chrissy Bell left
from that 1955 De-Luxe Xmas tree set
bought from Woolies by Fred’s Auntie Bett.
Sid Snow pulled up Chrissy to a place near the top
away from the moggy that caused her to drop.
Belle tried to cling to a John Lewis cracker
as the moth eaten cat gulped down her clacker.
While Sid put on a new ringer for Belle
Mary’s kinked wand still worked for a spell,
she squeezed a frown and cast a plea
persuaded the lanterns to -‘Light up for me!’
The posh Next glitter balls swanked past in a line
‘We’re too good for this tree! Can you cope with our shine?’
Mary Fairy asked one to stop and be a mirror –
It was time to see if she still had lost all her shimmer.
Her fag-smoked golden locks were parched into Shredded Wheat
there was a glitzy shoe missing from one of her feet,
once coiffured curls no longer looped,
but drooped like mildewed dandelions.
Cherry cheek flush seeped away into ivory pallor
her Indigo eyes drained, for ink, by graffiti goblins.
Magic dust sapped, she outstretched her arms
and flapped
Mary could no longer float with a wisp
her rice paper wings had grown thin and too crisp.
Lolloping limp limbs
time frozen then thawed
and two of her manicured fingers were gnawed.
Twelve hours on and the house was full.
Turning, twisting, tinsel snakes
spiralled up, then down carrying Sid Snow with the news –
he frowned….Grandma Mabel is not here..
just last year’s photo…
the one with a paper crown in her hair.
Black Lab Moll hearth sits,
whines,
sighs and pines as
Fred corkscrews a bottle from the finest vine, then toasts
his lost life’s love over the steaming roast.
A silent prayer rises,
the pooches floppy ears prick up,
toddling baby Mabel drops her tippee cup,
pointing, cooing at Grandma’s place
while the guests sip the bubbling grape.
For a fleeting, festive, moment of grace
the room is lit by Gran’s Summerland face.
Fairy Mary, Sid and Chrissy Bell
join the family’s rolling tears
and fears,
wondering…
if they…..
will be here next year.