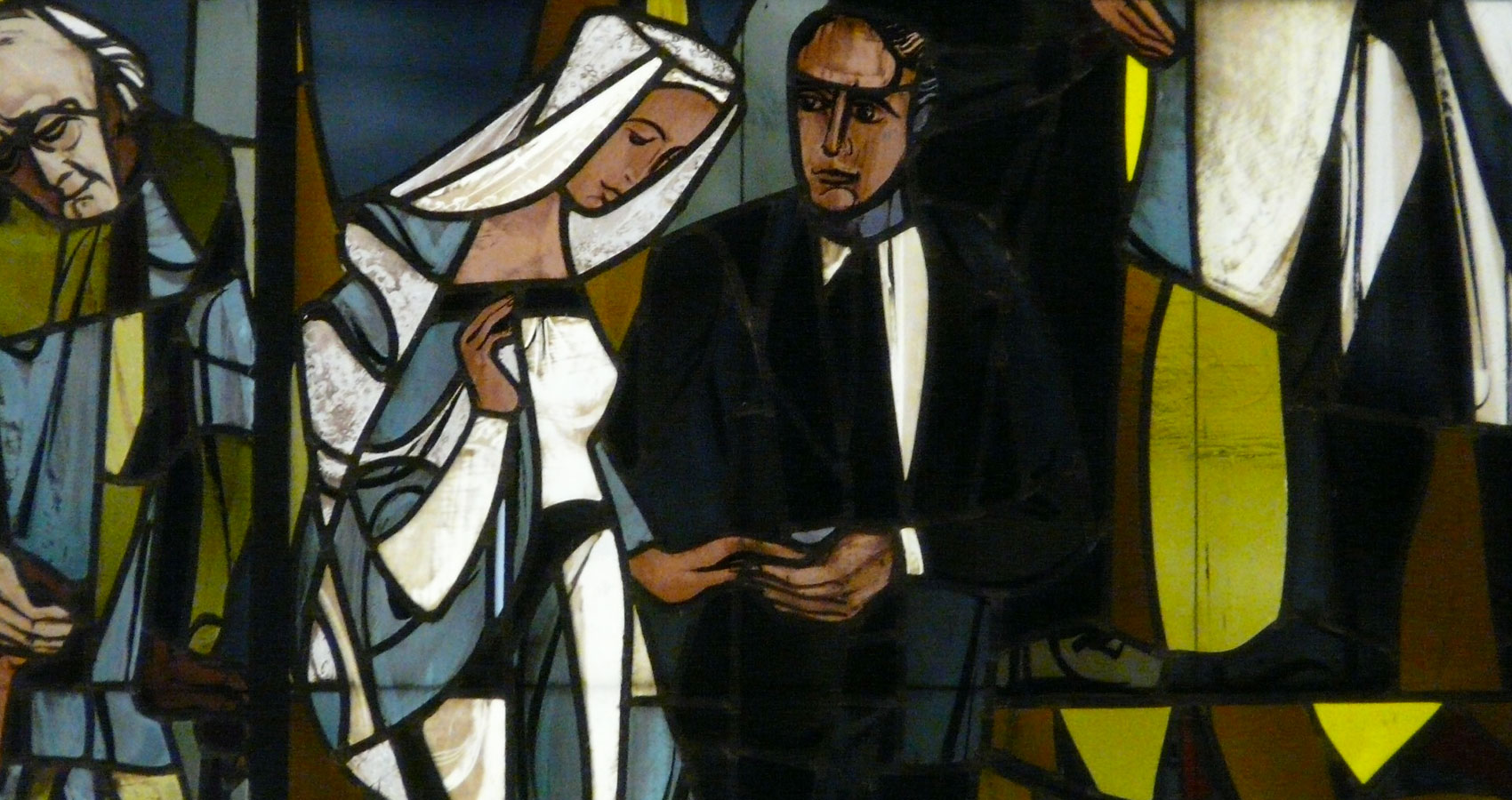 Sister Christina— originally from Guatemala— was loved and cherished by everyone who met her. At twenty, she was the youngest nun in the convent but her age wasn’t a deterrent. Her youthful appearance, rock-solid faith and the genuine warmth she radiated made people of all ages flock to her.

She had always known that being a nun was her calling. As soon as she was able, she joined the order and the convent was now her home.

Sister Christina had awoken in a cheerful mood. Pleasant thoughts of the charity carnival and raffle— several nights before— had filled her dreams. It had been a success and raised over four thousand dollars for the orphanage the Sisters of Charity supported. The thought made her smile, as did seeing the children and other parishioners.

She was enjoying the sense of gratitude the memories gave her — and about to start her morning prayers— when she got word that Sister Agnes wanted to see her in her office. After cheerfully thanking her fellow nun for delivering the message, she hurriedly left— Sister Agnes didn’t like to be kept waiting.

She was just about to knock— on the open door— when Sister Agnes looked up and said without preamble, “We’ve been called to St. Michael’s. The Bishop and Father O’Brien have a matter of serious consequence to discuss with you. We’re due there in two hours.”

Confused, Sister Christina stammered in reply, “I, I don’t…”

“Silence!” Sister Agnes snapped at her. “You’re to return to your room until I call for you.”

After an agonizing hour and a half—for Sister Christina, they left for St. Michael’s in complete silence. When they arrived, they saw Father O’Brien— obviously displeased— waiting for them on the front steps.

Like always— at this time of day— the light coming in through the stained glass windows reflected a rainbow on the highly polished floor leading to the altar. Normally, it brought a smile to Father O’Brien’s face. On this day, it didn’t even register.

When they reached the front, he directed both nuns– with a wave of his hand– to the first pew and then turned his back to the altar before addressing them. “What I have to say displeases me and the Bishop greatly and both of you will remain silent until I am finished,” he said with his anger rising noticeably.

After pausing a few moments— to reign it in somewhat— he continued with, “The Bishop’s been called away on other church business but he’s instructed me to take care of this matter and to deliver the following message.” Pausing again— but this time to add emphasis— he sternly added, “As of this moment, both of you are relieved of your current duties.”

“Father, what….?” both nuns said simultaneously and with complete confusion.

“Silence!” Father O’Brien interjected. “This will all make sense momentarily.”

“First,” he said as calmly as he could. “Sister Christina, the Bishop and I are not even remotely upset with you. Please be patient, this is going to take a few minutes.”

“Sister Agnes,” he said with his anger rising once again. “You, on the other hand, have greatly displeased the Bishop– and me in particular.”

“Silence!” he barked at her. “I had a long talk with the Bishop about Miguel Torres this morning. You completely blindsided me with this and I don’t appreciate it.”

Cutting her off, Father O’Brien said, “Sister Christina, the Bishop and I know the truth. You don’t have anything to worry about.”

“I, I…,” Sister Agnes stammered and then added indignantly. “I saw how Miguel Torres and Sister Christina were interacting at the carnival. It wasn’t appropriate behavior for any young girl— yet alone a nun— so I took it straight to the Bishop.”

“Sister Agnes, apparently you and your senses have had a parting of the ways,” he said with reproach. “And you’ve shown a clear lack of faith for everyone involved.”

After another pause— and with obvious disgust— he then added, “And worst of all you’ve shown a complete lack of faith in Miguel. What makes matters worse, it’s obvious that you don’t know him or his history. And for a nun, that’s inexcusable. Had you bothered to ask, you would have discovered that Miguel is struggling with his own faith. Both of his parents– and his only sister– were murdered a little over a year ago.”

After waiting a moment to catch his breath, he then added, “There are two reasons why he talks to Sister Christina. She’s been the only one who has brought him any solace and she bears a striking resemblance to his sister Maria.”

Pausing again— to let it all sink in, he then asked, “Now, what do you have to say for yourself?”

“I already have,” Sister Christina replied with a warm, reassuring smile.

“Father O’Brien,” Sister Agnes said while turning to address the priest once again. “Can you forgive me as well?”

“In truth,” he responded. “It’s going to take me a bit longer but I’ll get there.”

“Now,” he continued. “Before I forget, here are your new duties. Starting tomorrow morning, both of you will report here to me. Sister Christina, your primary duty will be to attend to the needs of Miguel. If you find yourself unoccupied, you will interact with the other parishioners as you see fit. Is that understood?”

“Then you are dismissed. Please leave us.”

After she was gone, Sister Agnes meekly asked, “And me, Father?”

“Sister Agnes, you will quietly accept any duty I assign you,” he responded. “For starters, you are going to wash and wax the floor leading to the altar. While you’re on your knees, take the time to reflect and contemplate. You may be a nun but you can never forget your humanity.”

Much More Than Rain Man

If I Had A Field

Poem In Your Pocket

Poem In Your Pocket written by: Anne G @TheInkTruth   Poem in your pocket whose words light the way perhaps...