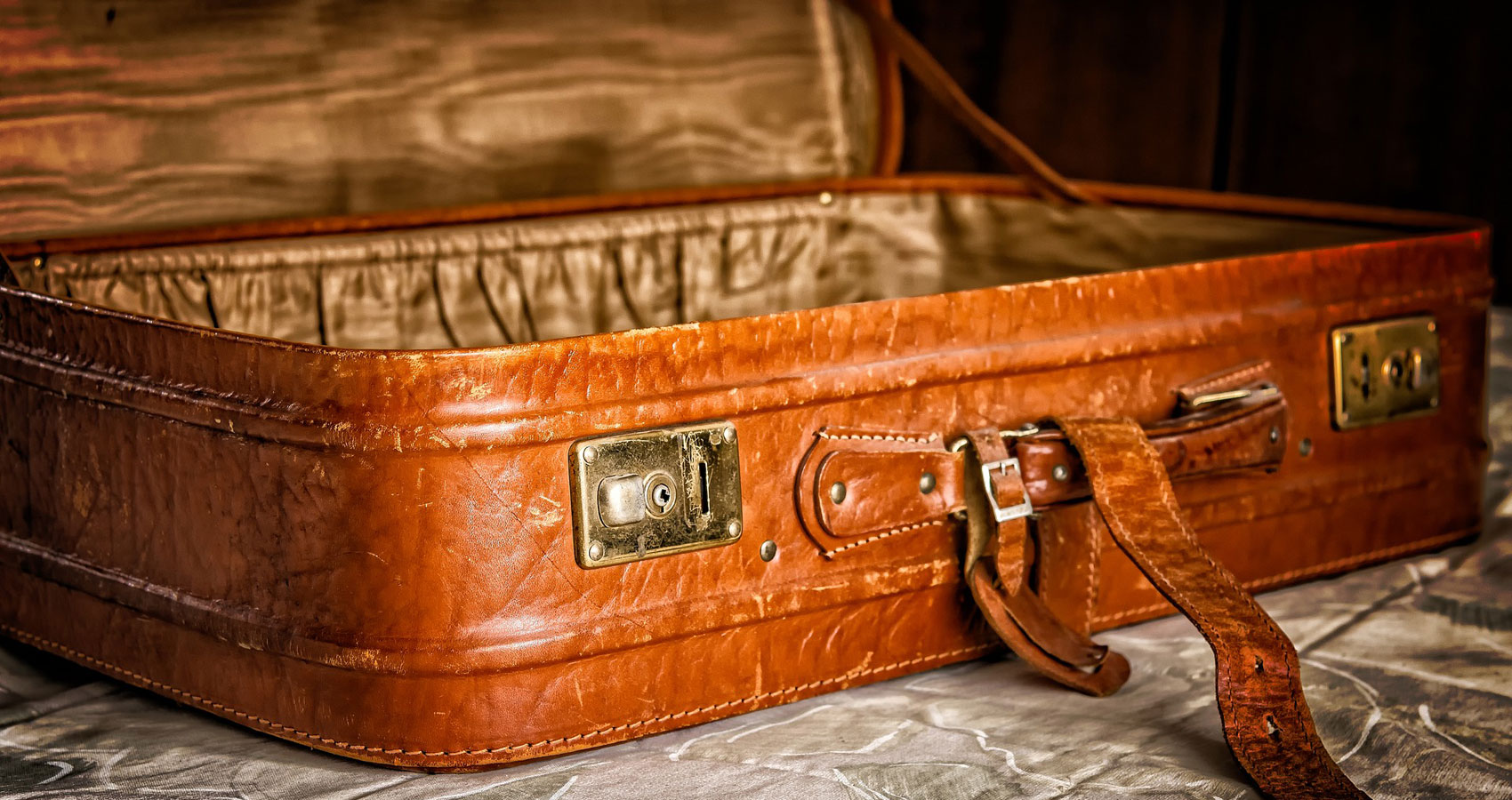 “Mrs. Jones,” the young lady in white robe smiled at her client who sat across her dark, semicircular desk. “Have you tried yet what we spoke of last week?”

“Yes, Ralph and I talked a few days ago,” the woman, whose age crept in the soft wrinkles of her face but did not touch one bit of her spirit, beamed in anticipation. “We are going out tonight.”

With a heavy nostalgia, Isabel talked of the past as Dr. Taylor listened, much to her own frustration. Undoubtedly, there was relief in voicing flusters – even hope – which could alleviate tension in a failing marriage. One thing Dr. Taylor despised though, it often didn’t matter to the patient whether it was a false hope. And sometimes there was nothing else to do: to watch them suffer uselessly until they realized they were on a path not meant for them. Dr. Taylor neither had the right to make decisions on Isabel’s behalf nor to terminate a project she still deemed worthy of her pains. Helping her go further down the line, where she wanted, was the only way to convince Isabel she couldn’t triumph over a war she had already lost. She had to see for herself.

Isabel was reminiscing about a summer she had spent in France with Ralph a few months before the birth of their twin daughters; at the time, he still made grand romantic gestures. She was speaking of their sail on the Seine River and the champagne they had shared on the boat… when Dr. Taylor told her their time was up. After they had agreed on their next appointment, Isabel went home.

Rosa was seated on the living room’s sofa and reading a book until she heard her mother’s keys jingle behind the front door. She scuttled toward it to open it for her.

“I don’t know how you do it every day,” she chuckled nervously upon Isabel’s thanks. “Sasha will be here at eight sharp.”

Rosa went to work, leaving Isabel alone with her husband’s ailing mother. The door closed. A shiver ran down her spine, as though rack and ruin had just fallen. She sighed; her home had become as if frequented by ghosts. The awful silence lodging in the residence was ringing in her ears. It was worse than the dreaded sound of a flat line on a heart monitor. Since her girls moved out, her days had all turned humdrum, never differing by the slightest of happenings. They were dry now, drier than the opaque layer of dust which had gathered in the Jones’ attic that she dared not enter. Her heart raced at the mere thought of the routine ahead of her. Isabel promised herself today was the last she spent in such tedium and restlessness.

That sole flicker of faith was to linger in her depths throughout the whole day. She began by smoothing the creases in the fabric of the sofa where Rosa had sat and by adjusting the cushions upon it as a means to build her momentum. Plodding inside the kitchen, Isabel groaned at the sight of the heap of dishes that habitually towered over the sink. She washed them one by one in a mindless movement of her hands. The running water’s dull noise was starting to wreck her nerves. With a furious flick of her wrist, she turned it off. The remaining tableware stood stubbornly in her face as Isabel stared at it. But it outstared her. She looked away, huffing in defeat. Her veins were pounding beneath her hot skin; there was something about doing the dishes that maddened her. She could not put up with the endless hours she spent daily at the sink. Too many to count had already depleted what was left of her mortal coil.

What next? The thirst to know itched within her. On that particular sting, a finger could not be pointed. That tingle could not be relieved as simply as by scratching the site with one’s nail. Isabel looked forward to the dinner she would have with Ralph tonight. Then, she hoped, with a bit of luck, her life would begin to lift. It was all she could do to weather such a storm of nerves: to hope.

The grandfather clock in the hall chimed twelve. Isabel jumped out of her thoughts. Although the clock was not in sight for her to read, she knew what time it was and what it was time for. She dragged her feet to the bathroom, where the blister pack of Rilutek usually sat inside the cabinet. Two tablet pills were popped out and given to Susan, who could not leave her bed. She tucked her chin while swallowing them with the water Isabel had brought her. Susan looked vacantly into the glass between her hands, not smiling once, and Isabel noticed the light that had dimmed in her eyes. Ralph’s mother was known to suffer not in misery, but in pride, never taking lightly a single day she lived. Today, it didn’t show.

Isabel stared at her in disbelief. Susan was aware of her health, what was good for it and what wasn’t; she always made choices accordingly. Something was wrong with her today.

The desolate woman placed the glass of water upon her bedside table. She rolled to the side in the sheets, turning her back on Isabel who could understand why Susan had gotten upset. What was the point of such discipline when it kept death not even a meager inch away? When it rendered her life no less than a plain death? Susan wanted to rejoice in the smallest of pleasures, not merely exist as a lone phantom doomed to roam aimlessly over the netherworld. Isabel knew a similar feeling. She was twiddling with her thumbs in her lap when an idea struck her. She hurried to the kitchen where she made the desired coffee and carried it to Susan in a small cup. The strong smell of roasted beans lifted her spirits.

“Would you give me your opinion on something?” Isabel asked her and brought to her bedroom a number of dresses she hadn’t touched in decades.

Susan laughed. They had still been neatly hung in her wardrobe since the last time each was ironed.

“I like sharp,” she said quietly, gesturing at a belted short dress trimmed in black lace at its long sleeves and at its bottom. “Put this on.”

The two women spent a delightful afternoon as they shared their preferences not only in style but also in seduction, all resulting from a haunting youth; both seemed to have kept their bloom. They were advanced in years, yet nothing in the world – neither ennui nor illness – appeared capable of stamping away their femininity. All which was needed for it to resurface was good company.

The dusk settled. Isabel was ready. Her silver waves sat above her exposed shoulders in a neatly combed bob. A golden gemstone was lodged in the fold of her neck as chunky jewelry adorned her wrists and fingers. Her perfect night was only moments away from beginning. When the front door belled at last, she opened it for Ralph with a hand upon her hip, showing him the splendor he had failed to notice for a long time. He gaped at her in silence.

“You should change,” smiled Isabel in a confidence she had missed. “Sasha will be here soon to look after Susan while we’re out.”

“I’m sorry, doll,” he snickered, planting upon her cheek a smooch as meaningless as his apology. “I have forgotten about tonight and the guys have invited me for a beer. I can’t say no to that.”

Ralph strolled past her, oblivious to the effort his wife had put into that particular night. Ridicule washed her over. The color drained from her face. She was outright dumbfounded, shaken to her very depths. Slowly, she shut the door, and turned toward her husband who was heading for a quick shower. As Isabel began to grasp the situation, she texted Sasha to inform her tonight’s plans had been canceled. Her daughter replied with questions, none she had the energy to answer.

Finally, Ralph was out drinking the night away with his friends, and Susan, soundly asleep. Isabel was seated up in her own bed, tugging on the warm blanket in agony each time she sobbed. The piercing silence, colder than death itself, was smothering her. From the drawer beside her, she pulled a stack of old photographs to look at, as her heavy black eyeliner, drenched in tears, smeared her face. She could not recognize in the pictures the man at the side of a young Isabel. Ralph was now a shadow of who he had been, nothing like the thoughtful gentleman she had married.

It was only at that moment, after decades, that Isabel realized the better days she had known were just that: memories. They could be remembered, yet never relived no matter how painfully she begged and cried. She gazed at her husband’s pillow, oozing with his scent, and repulsion invaded her within the split of a second. She didn’t want to sleep next to him. She didn’t want to love him. She didn’t want to sacrifice any more for him. What for? What for, when it all left her as lifeless as a black-and-white photo in the trembling, shrunken hands of an old lady?

Isabel longed to feel connected to a gregarious heart. She craved to tell jokes her partner would laugh at and to giggle at his during breakfast; after dinner, she ached to share pillow talks that held the promise of a friendly future. She was sick of all the premade sentences on either bills or housework. She yearned for eyes capable of overlooking her years to admire her womanly virtues. It didn’t matter she was dying; worse, she was dying alone. Isabel had had enough of such purgatory.

In less than ten minutes, all her clothes and other personal possessions were huddled inside a single suitcase. Upon Ralph’s return, she zipped her valise up and gripped it by the handle in his face. He could not believe his eyes. They swelled, narrowing at the sting. He pled with her at her very feet to stay with him. He stressed that he could not live without her. He assured her he would be willing to help her save their marriage if only she offered him another chance. Yet Isabel, refusing to listen to him, continued to rage at the futility of it all.

“Your mother,” she said, unaffected by his empty vows. “She needs you now as much as I have.”

Andrée is a Lebanese writer of poetry, flash fiction and short stories.