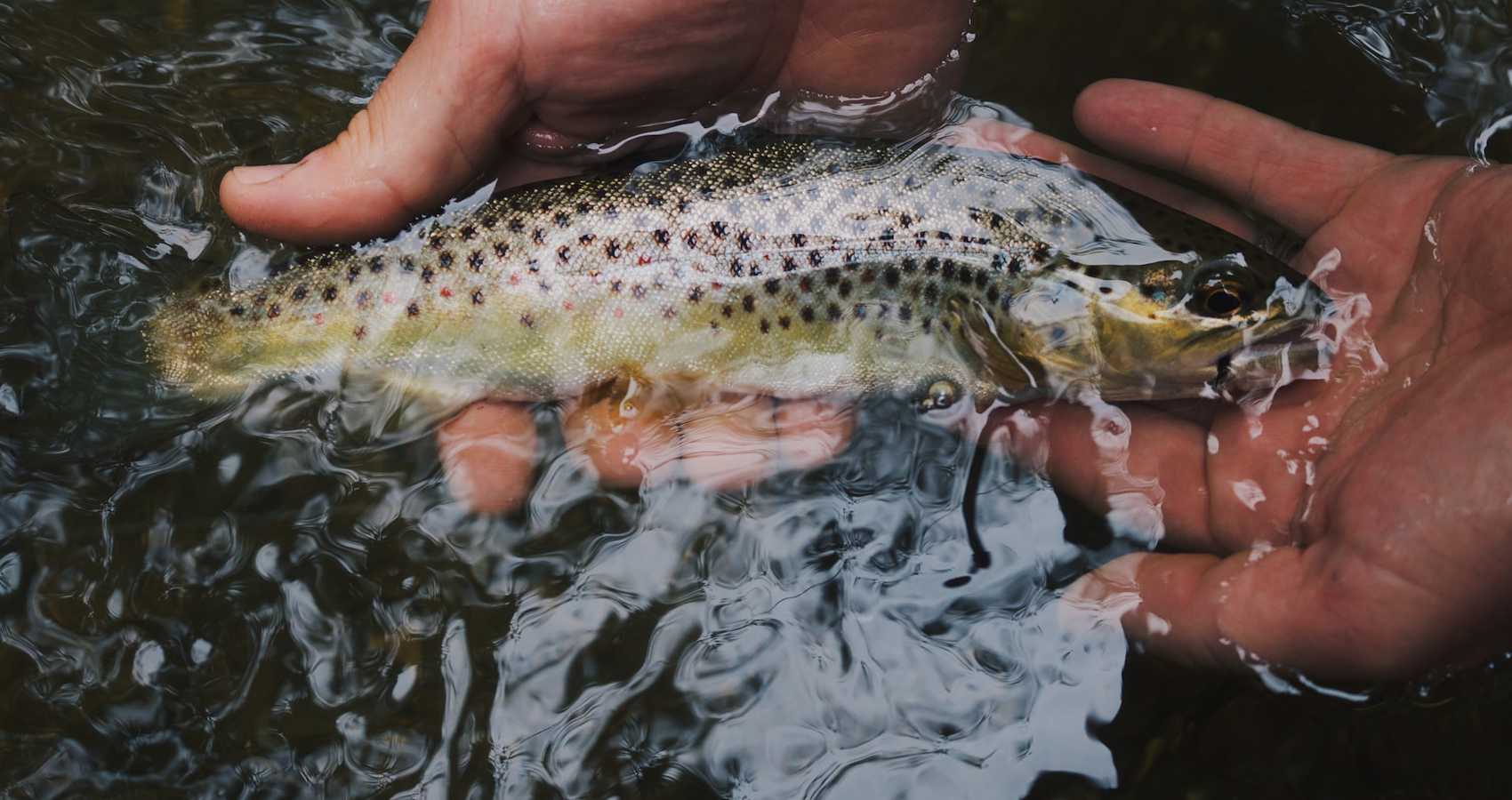 When I was young,
I used to catch fish
From the brook
Near my home

When the water in
The cup of our palm
Drains off,
The fishes start fretting
Then we return them
To the water in the brook.

After quite some time,
I swam into the palm
Of another country
Like a grown up fish.

Sometime earlier,
I got another fish
From the same stream
My father told me
It will tunnel through
The wall of the well,
And swim away
To somewhere else.

When my father was not watching,
I let that fish stay
In a bucket
And I lowered it
Into the well.

I looked into the well,
Many times,
To see the fish,
I repeatedly called it
By the name I gave
But, I was disappointed.

During the season of rain,
The raindrops,
Fell into the water in the well,
Weaving a net
Along my body.

I watched the rain
Falling into the well
Then I saw the fish,
Standing still
Lifting its face,
Over the water.

I could not remember
Its name

Like a lightning,
From its inner silence,
It moved its fin

Again, it grew still,
Raised its face
Over the water
Looking at me.

Rajesh Chithira is a Malayalam writer from Pathanamthitta, Kerala. Based in Dubai, he is widely known as an expatriate writer. His poetry collections include Unmathathakalude Crash landingukal, Tequila (Bilingual compilation), Ulipechu, and Rajavinte varavum kalpamrigavum. Jigsaw Puzzle is his collection of short stories. Adi & Athma, his recent book in children’s literature is in the third edition. His stories and poems have been translated into English and many Indian languages. They have been published in Kerala Kavitha and other periodicals. Rajesh Chithira has won many awards including Indian Ruminations Poetry Award, Bharat Murali Poetry Award, Galleria Gallant Award for expatriate writers, the first Ezhuthola award, and Expatriate Book Trust Award. Born eldest to Mr. V.N Ramachandran and Mrs. Santhamma, Rajesh Chithira is presently working with an oil and gas sector support service firm as QHSE Manager in Dubai.