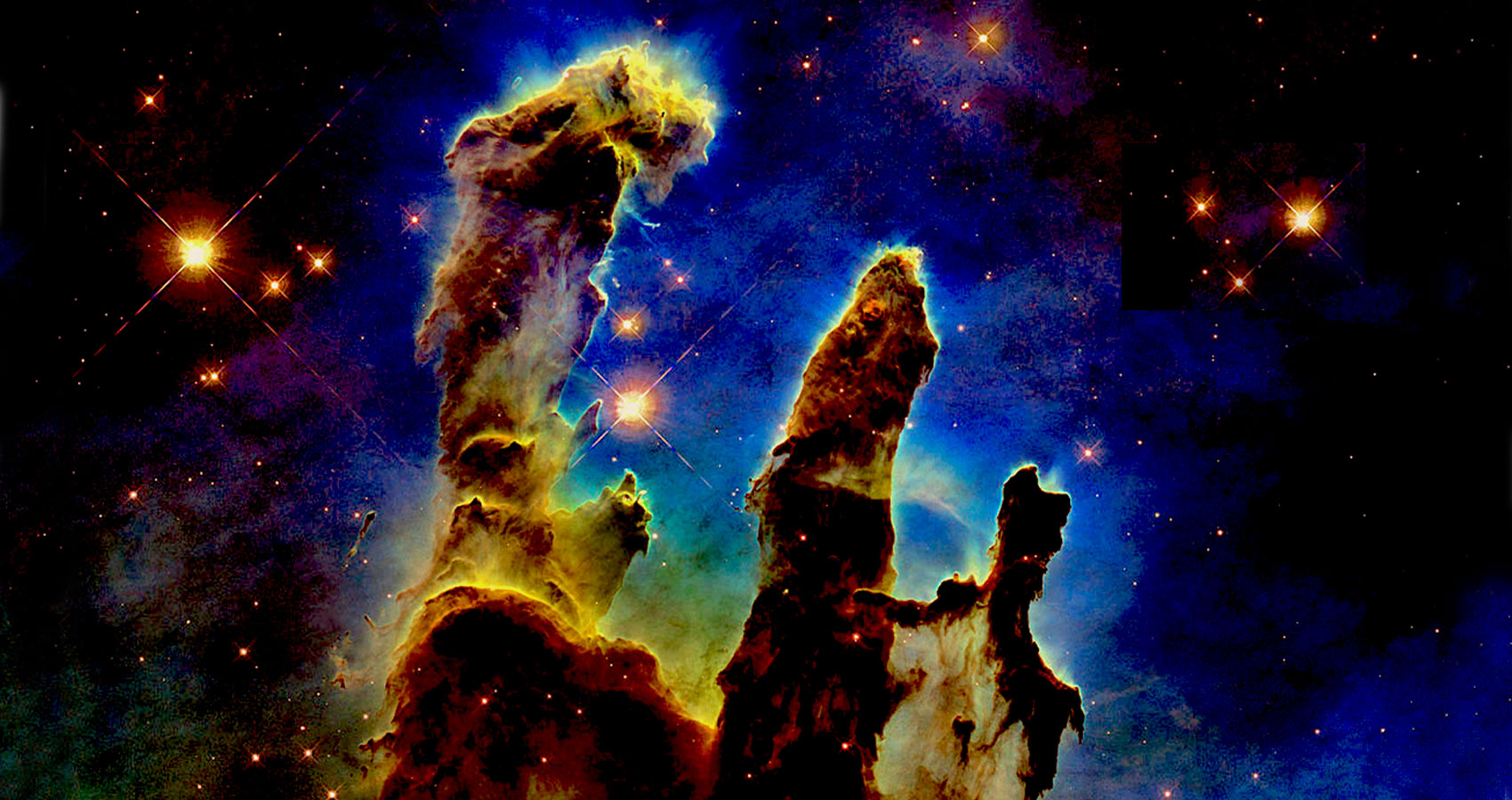 I asked for the superpower of “Folding” for my birthday.
It cuts out the middle man:
Gimme a calendar with tricky bits, I said.
I’d fold weeks, months, years, centuries together,
jump to any time, past or future.

The first would be hanging with
the first human band to walk out of Africa.
I’d wait in the shade of a date palm, by the Nile,
bounce rocks off crocodiles, watch the south trail.
I’d cook hot dogs and hamburgers,
and have beer chilling on ice.
History’s first tailgate.
I would show them an iPhone, photos, movies.
Order something from Amazon—
Wouldn’t that be a good trick!…
Maybe a slinky, some bows and arrows and knives.
A chemistry set. Aspirin. Cargo pants,
broad-brimmed hats and sunglasses.
Trail mix. Snickers.
It’s in our interest that they survive the trip.
I’d tell them to be kind to one another,
Let them think I was the Great Spirit, then disappear.

Then I would fold a map of earth upon itself
again and again, touch this place
with Nebraska,
with California, or Istanbul,
Melbourne–wherever you are.
Just touch two dots together
and be there— no jet-lag.

Or I would take my super-power-star-chart and fold
this place with one halfway across the
galaxy, or another galaxy, or Jupiter
or a planet with an atmosphere of pure joy.
I’d pause to take in the light show
of the Pillars of Creation,
7,000 light years away,
birthplace of stars,
then fold again,
take a left at the second star and go on
until morning, maybe to
Never-Never Land, find the Lost Boys,
buzz Captain Hook,
share a joint with
Tinker Bell and pray I
find my way back.