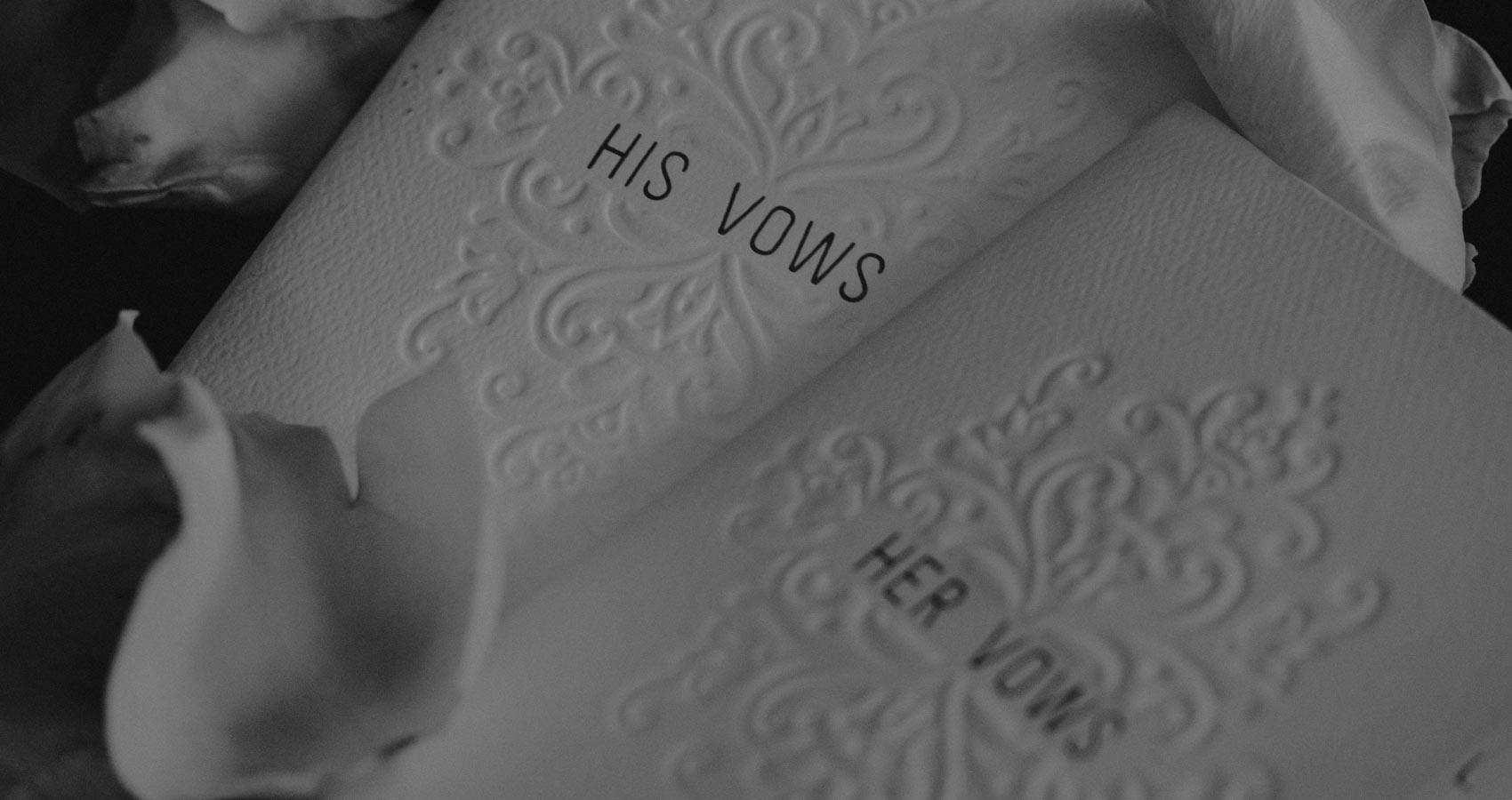 We had no vows for our hurried lunchtime commitment,
only there at the justice of peace to make our unborn son legal.

Had we an oath, we would have never said
for better or worse,

maybe for better or best
not realizing the presumptions of our shared youth.

Here we still are, the son, legal
and grown into his own vows.

While for us, the word worse seeps into the borders of our promises
and better or best sheds its skin,

but leaves an armor as we stand guard
on a precipice and look down
at our remaining journey of steep and rocky paths.