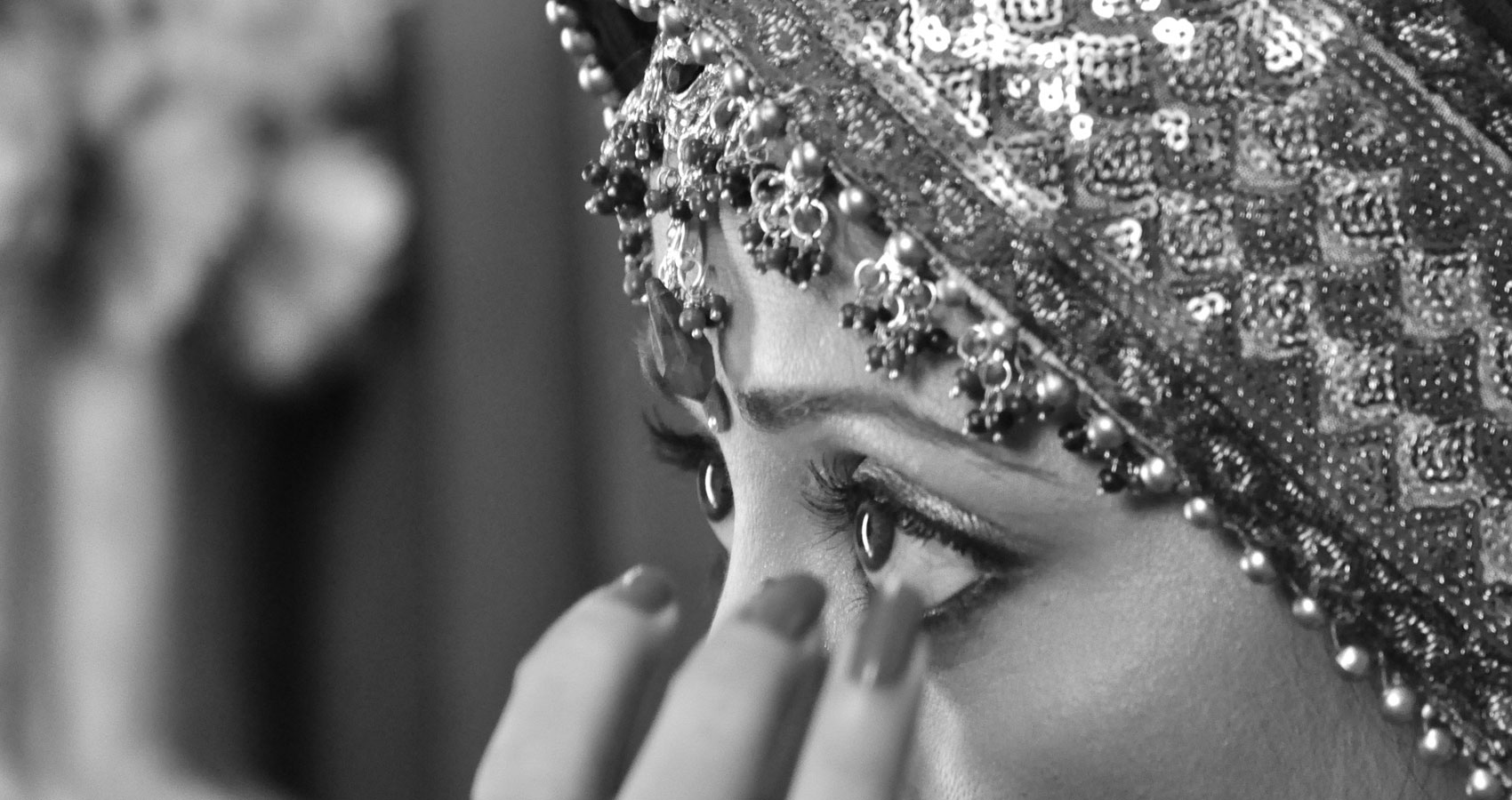 FOUR WOMEN ON AN AMAVASYA NIGHT

FOUR WOMEN ON AN AMAVASYA NIGHT

The Bishop declared her as a wife
She threw the flower towards her friend in hype
A friend who went around a square mounted fire
That fire which our mythical woman had to respire
She was also declared as a wife on his hands
Knock knock! The door called, “A lady in white trends”
One lady stood with a white gown as married
Eyes gazing towards her white saree when she serried
Which allowed her to be in a prison on an open house
Another lady came in, with a colour of an evil spouse
Millions of carbon molecules made her to be in black
For some this black is a boon of Ben Affleck
But for her it’s a silhouette of annoying curses
She came to see her friend, who emptied her verses
Four of them walked over the same road
Never even thought of being with four shroud
Today yet again in the midst of religious monarchy
With a Gown, red Saree, black Burkha, white saree
Silence stood with them, to introspect the hollowness
Thinking of a yesterday full of distress
Where “Tradition”, “Culture”, “Sanskriti”, as prison
Lucky night witnessed four of them all alone
Sound of Smirking all around buzzing like hoppers
In a solitude from the world, free from all the zippers
They wanted to chat rather than staying in silence
Laugh out loud rather than a tilt over the tense
Undress each other to cry over the thousand scars
Watch the moon on a Amavasya night as she blurs
Turn on the Ghazals of weekend which united them
Make love with each other, like a coral with a gem
Relive the Dal Lake over a Serpentine life
Instead of all the dream, the ‘But’ stood firm & alive
They made one mistake, one bourgeois mistake
A mistake which came after four cascades of retake
“We didn’t let go off the page where our “He” stood”
A shivering voice exhaled out her dark mood
That “He” which is a living phantom
Who made those scars by knitting a fathom
Adjoined us with them, to be devoid of the world
All we could do was to bear the scar, in a silent flood
We were blessed to enter a prison of past & present
The future stood like a human form quiescent
As today we may be a text full of roses & kisses
While tomorrow the pages would wait with new curses.

Kabir Deb was born in Haflong and completed his schooling from Kendriya Vidyalaya, Karimganj. After that completed his Graduation and Masters from Assam University, Assam. Poetry has been his passion and a hobby from childhood, and hence submitted his poetry in this magazine. He looks forward to change the society with the power of poetry. His work has been published in '​To be my Valentine​' edition of ​Hall of Poets, Reviews Magazine, Bhor Foundation, Different Truths Magazine. He has recently received The Social Journalism Award from the Different Truths Magazine.