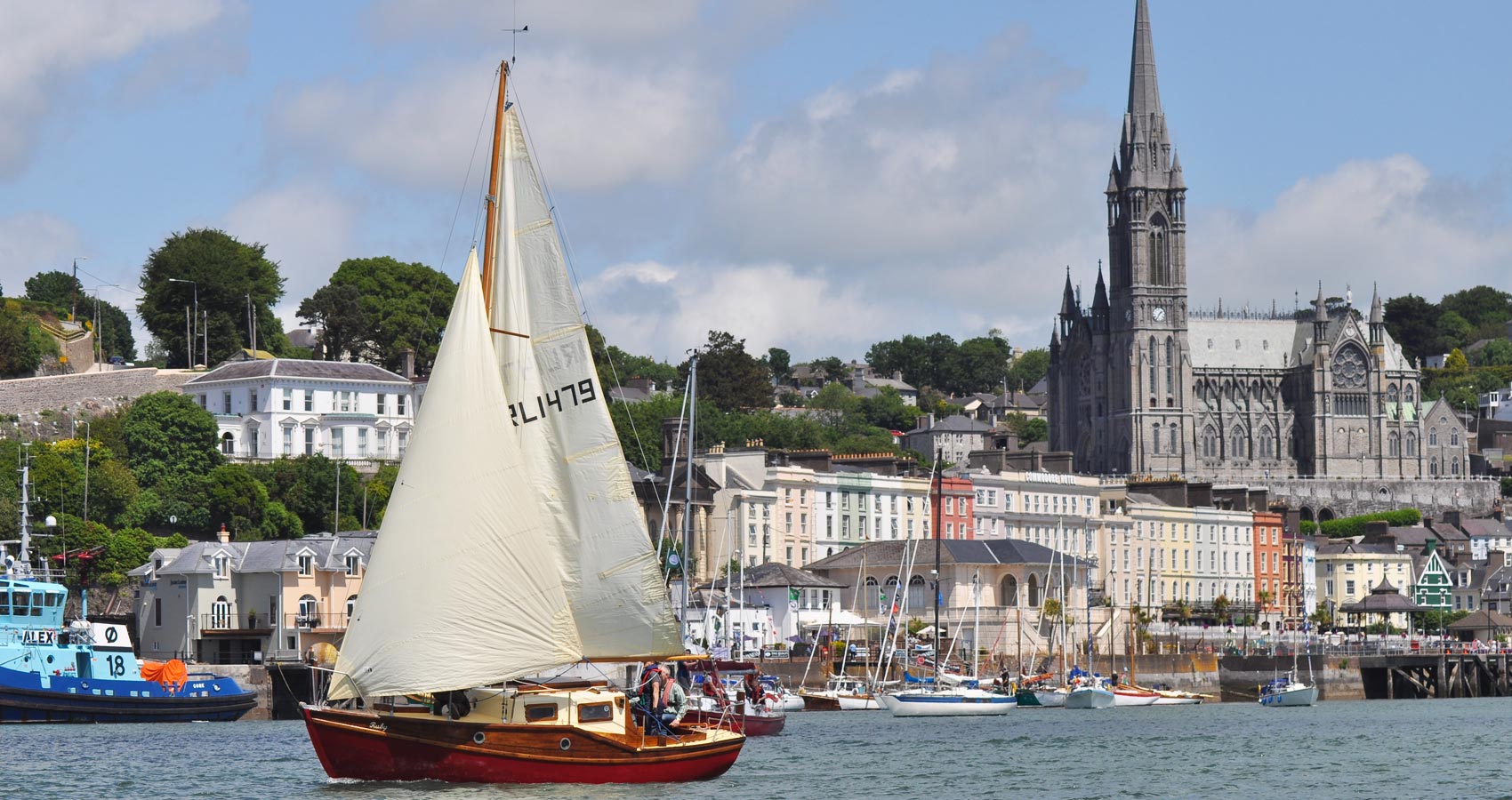 It was a bright, breezy summer’s morning when I disembarked from the cruise ship in the little Irish town. The dockside was teeming with people. Wanting to avoid the crowds, I had set my sights on visiting the small local museum.
‘No organised excursions for seasoned travellers,’ I said to my wife Jenny before leaving the ship, ‘My research is done!’ Jenny looked perfect as always, having taken to using copious amounts of hairspray on her fair hair to counteract the windy stopovers or walks on the deck. Her airline training still evident forty years later.
‘Why don’t you start without me honey, and I will follow you after I ring Bob Jnr.?’
Perhaps she was a little embarrassed to be seen with me, sporting the emerald green sweater with great pride, I thought.
I climbed the steep steps holding the handrail tightly, annoyed at my increasing age and lack of fitness. Things would change on the fitness front, now that I had semi- retired, I vowed. Bob Jnr. would soon be taking over the reigns of the business I had spent my life building up since qualifying as an Architect. Finally, my time would be my own. Quite breathless, I stood at the top of the steps to look out over Cork Harbour, surveying the second largest natural harbour in the world. I had to admit that it was some sight! For a moment I had regretted not doing this twenty years earlier. My family had departed from this town for New York in 1848 during the famine. Here I was, retracing their footsteps in 2015 and was feeling pretty emotional about the journey. It had taken me a lifetime to get here but it felt like coming home.

Yvonne Allen grew up in the seaside town of Cobh on the Great Island in Cork Harbour, Ireland. She is interested in maritime history and enjoys living in a Victorian town with a big history to tell. Cobh (Queenstown) was the last port of call of RMS Titanic. Her passion for history, culture and heritage all have their roots in Cobh. A feature of both Irish and island life over the generations is the need to leave. This is a topic Yvonne often returns to and is close to her heart as many of her Aunts and Grandparents left Ireland. Cobh was a major departure port throughout the centuries. She spent four years living in Tenerife, Canary Islands, Spain and adores visiting islands. Loves include, her family, friends, writing, visual arts, travel (especially to Italy) and flowers.
She is a member of the Cork Co. Council Writer's Collective. Yvonne is a graduate of University College Cork where she studied History of Art and Archaeology. She worked in the Heritage sector for many years, from Castles to Island Fortresses and has lived to tell the tale!