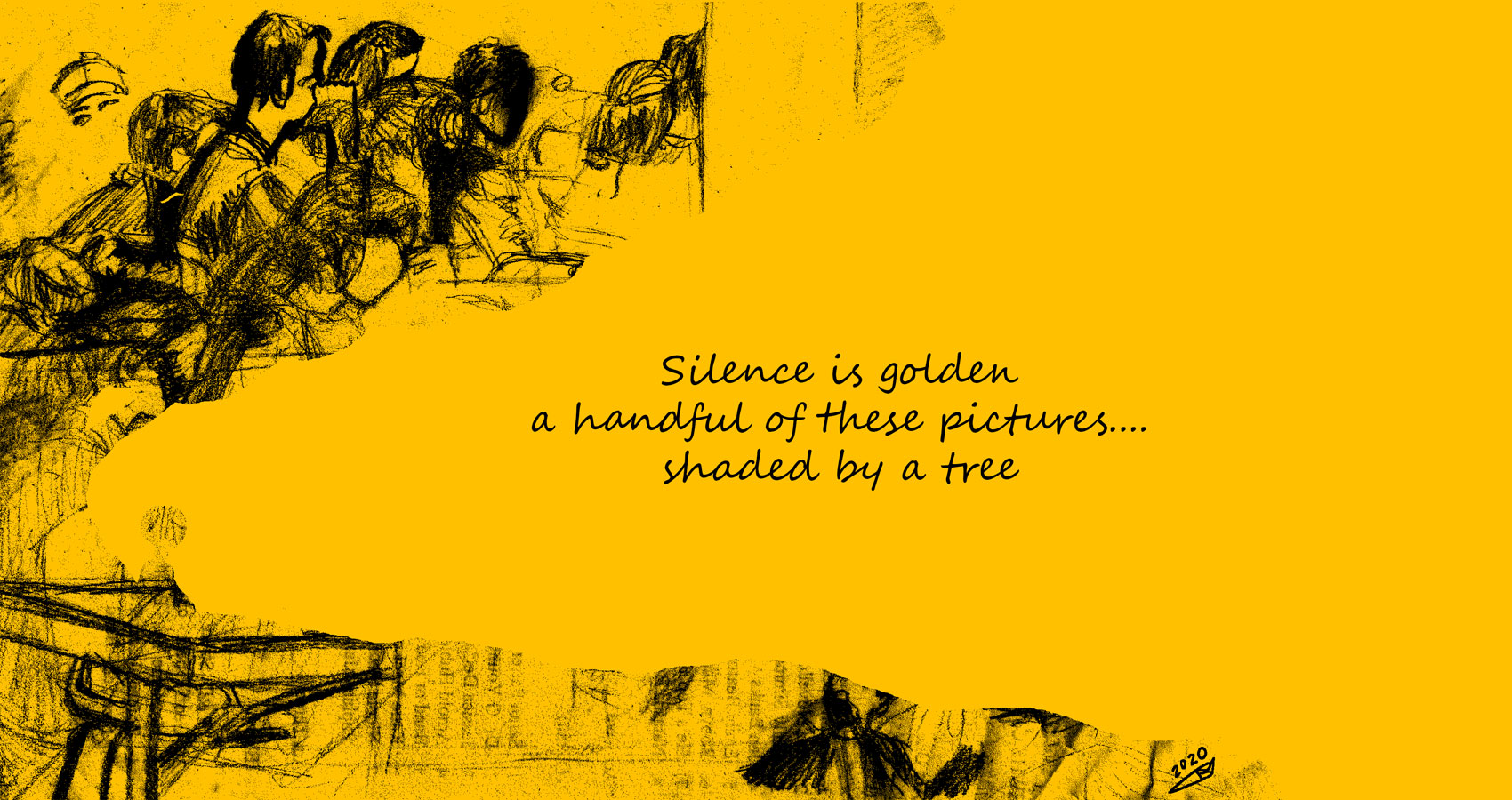 a handful of these pictures….

shaded by a tree

Illustration description – Golden yellow background. The shape of a tree and on a hill, with a person sitting under it, is visible, occupying the left of the image. It looks as if it were cut out of sketchy images of people and a setting, overlaid with faded print toward the bottom edge of the scene. The text of the haiku is visible on the righthand side in Segoe Script font.