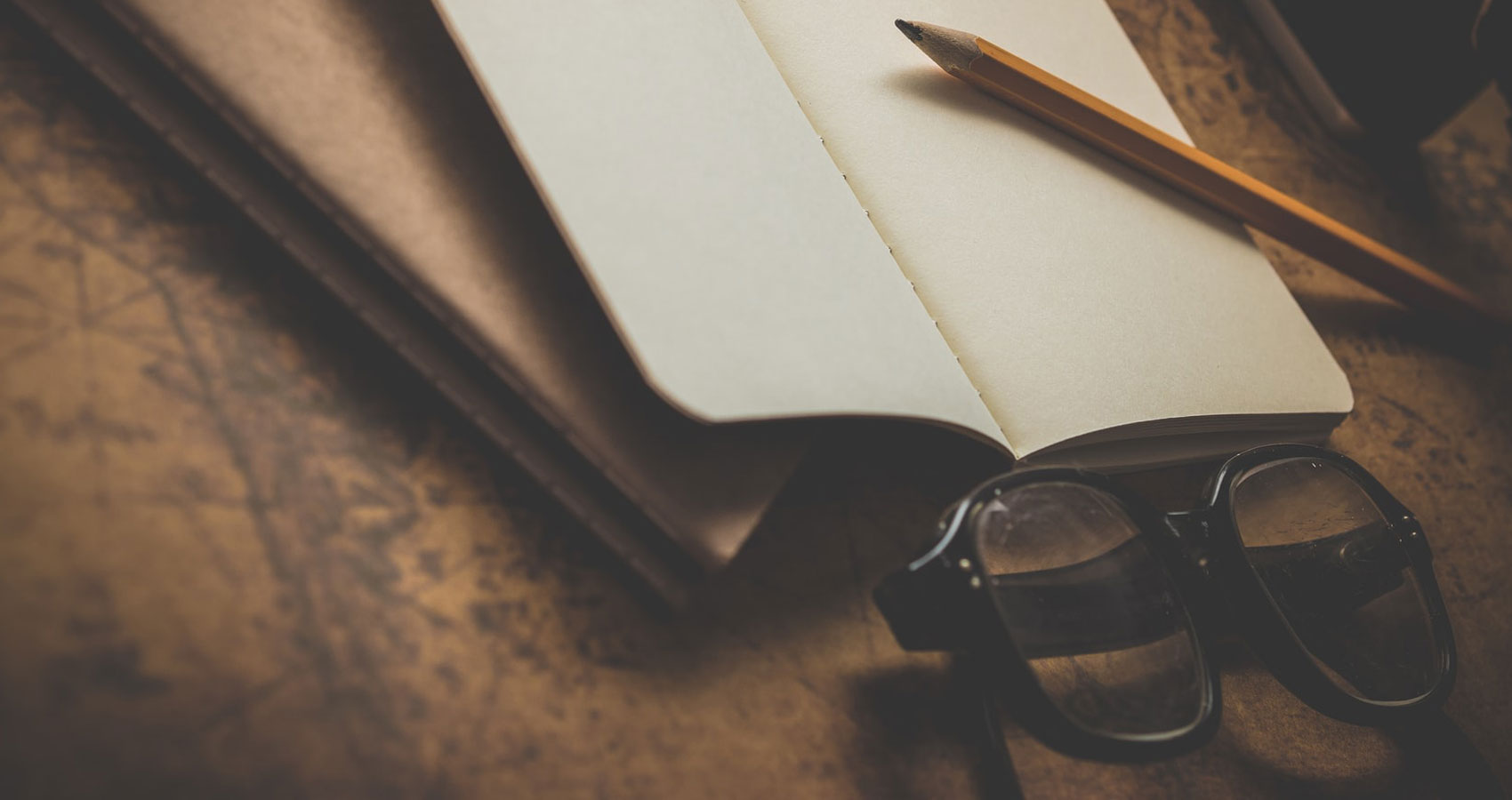 I. BEFORE HARRY WILSON’S CONGO DIARY

Could I ever forget my first week in Elisabethville? It was in 1938. I had arrived by way of Brussels in an Italian-made Savoia-Marchetti plane of Sabena airlines. The journey had lasted an exhausting four days. I can still hear the propellers throb in my temples.

Flying over the Sahara then and landing at those tiny outposts that string the African route! What a feat! Some of the settlements consisted of a corrugated iron barracks and a few scattered huts as if to justify the existence of an airstrip.

It was like being on another galaxy. I was filled with awe and fascination at once and pondered if having left Baltimore hadn’t been an act of madness.

II. ELISABETHVILLE in the late 1930’s

Elisabethville was a pleasant surprise. The town looked neat with its verandah-fronted homes and its tree-lined avenues. Flamboyants, jacarandas, and purple bougainvillea. What amazed me most, though, was the climate. July here is the dry season and the temperature is delightful. In the evenings you have to wear a woolen jersey. The sun rises quite early and the shrubs are covered with dew.

I found the Belgians somewhat more hospitable and relaxed than in their mother country. There seemed to be a strong sense of solidarity among whites here. They accepted me immediately in spite of the fact that I was a foreigner. I had already been invited out several times by people I had just met.

During a whole month I stayed at what is known here as a residential guest house. Though far from luxurious, my room was pleasant and well kept. There was no private bath tub or W.C. — you had to go to the annex for it — but I had a wash basin with hot and cold running water. I had been warned not to drink the water unlessl it was boiled and filtered first, if I didn’t want to catch dysentery or bilharzia.

A Congolese boy named Tshikapa was at my disposal literally from sun-up to sundown. He would knock at my door almost at the crack of dawn, and whether I liked it or not I had to get up.

The first Kiswahili words I learnt were ‘kungojiu kidogo’ (wait a bit) and ‘salamu’ (greetings), in that order, for Tshikapa would rush in, armed with Fly-Tox in the one hand — he held it at gunpoint — and a canister of floor-wax in the other.

As soon as the bed was done, I would head for the terraced dining-room…to protect my lungs from the potent stuff with which Tshikapa sprayed every inch of my living quarters, thinking perhaps that in this manner he would rid me of the unfavorable spirits that roam around every newly-come paleface.
Breakfast would then be served. It consisted of coffee and milk and a mound of thickly buttered tartines. The Belgians have a hearty appetite, indeed. I would stare at them in wonderment as they’d wolf down the entire plate of sandwiches. After having chewed a ‘tartine au fromage’ and drunk my mug of café au lait, I would usually go out for a long, invigorating walk, thus preparing myself for the pungent odor that awaited me in my room.
Whether natural or not, the smells and sounds in Africa have a physicality of their own. I felt this to be even truer as we approached the hot, rainy season. The dust particles clinging to your skin, the air filled with electricity, and clusters of dragonflies performing death dances around naked bulbs. Then, after the storm, the earth, like a sated monster, belches out its vegetal exhalations. Nature turns into a huge Turkish bath in which the bathers are the trees and the underbrush. It is their sweat that tickles your nostrils and moistens your flesh so you cannot but partake in the orgy of scents permeating the whole atmosphere. Every leaf, twig, petal becomes an ear unto itself, reverberating the echoes of a teeming and invisible world. The chirping of crickets, the croaking of toads reach you in a dramatic variety of staccatos, as if you were auditioning a private orchestra whose conductor too remained imaginary.

When flashes of lightning whip the ashen sky, renting the air, you are jolted to your very marrow, and the sight of a jacaranda crashing across the street is an agonizing one. You hear its demise in clear, distinct stages: the uprooting, the creaking lament inside the trunk, and the final swooshing thud.

I still have mixed feelings about the war years I spent in the Belgian Congo. Had I not heeded John Maxwell’s exhortations, I would most probably have been conscripted into the U.S. army, serving on the European front or maybe in the Pacific.

Dear, dear John. He’s resting in the American cemetery near Bayeux, Normandy, while I… No, he was right and I oughtn’t to lament over my present fate. Nevertheless, what a sheltered life we enjoyed in the Congo during those five obsessive years! The battle was raging thousands of kilometers from here. Every Belgian, every white person had a relative, a friend engaged in it. The subject would be on everybody’s tongue day after day. The defeats, the personal tragedies. But there was something unreal about it all. It was as if we were listening to the same horror tale each evening, told over and over again with sometimes a different slant. Letters from the mother country would be read out loud with a pinch of sorrow and nostalgia.
We were short of luxury goods and of those items which made life in the colony less dreary, but we had no right to complain.
There were times when I felt guilty that I couldn’t contribute directly to the war efforts. Especially when the South African and British troops from Rhodesia would pass through Elisabethville on their way to North Africa.
That I had accepted the partnership with Paul Denola — he owned the guesthouse where I had stayed initially — was a redeeming factor. All our rooms were reserved for military personnel. And as an American I could make myself useful, since not many Belgians knew sufficient English to settle the more urgent matters.
Seeing all those young soldiers and airmen leaving a comfortable life behind them to help the Allied Forces filled me with remorse. More than once the thought occurred to me that I should follow their example and enlist as a volunteer or even return to the States. But courage failed me, reckoning that I did go out of my way to act as an interpreter between the British officers and the local authorities and often stayed with them late at night when my presence was needed. They seemed to appreciate my services. Yet, I couldn’t refrain from considering myself a coward of sorts, even if I did contribute more than most whites who lived here. Such comparisons are poor justification for one’s weaknesses. Not that I condemned or judged the attitude of my peers. It was a struggle within myself.
Having left America in the first place may be part of this struggle.

SCROLL BELOW FOR NEXT PAGE ↓

A humanist with roots in Central, Southern Africa, and the Mediterranean, Albert Russo writes in both English and French. An award-winning author and photographer, he has published over 35 books of prose and poetry and 55 photobooks. His work has been translated into 15 languages and has been acclaimed by James Baldwin, Edmund White, Chinua Achebe, Joseph Kessel and Pierre Emmanuel (both of the Académie Française), among others. His main books are AFRICAN QUATUOR, THE CROWDED WORLD OF SOLITUDE, vol. 1 (stories and essays spanning 40 years), which received an Honorable Mention from the 2005 Writer’s Digest International Book Awards, THE CROWDED WORLD OF SOLITUDE, vol. 2 (his poems spanning 40 years). His definitive biography, UNDER THE SHIRTTAILS OF ALBERT RUSSO was penned by the Norwegian African-American writer, poet and artist Adam Donaldson Powell. He was also a member of the 1996 jury for the Neustadt International Prize for Literature which often leads to the Nobel Prize. His photos have been exhibited in the Louvre Museum, at the Espace Pierre Cardin, both in Paris, in Times Square, New York, at the Museum of Photography in Lausanne, Switzerland, in Art Berlin, in Tokyo, in Moscow, etc. The former Mayor of the Big Apple, Mr. Bloomberg, has lauded his two photobooks on Paris and New York.