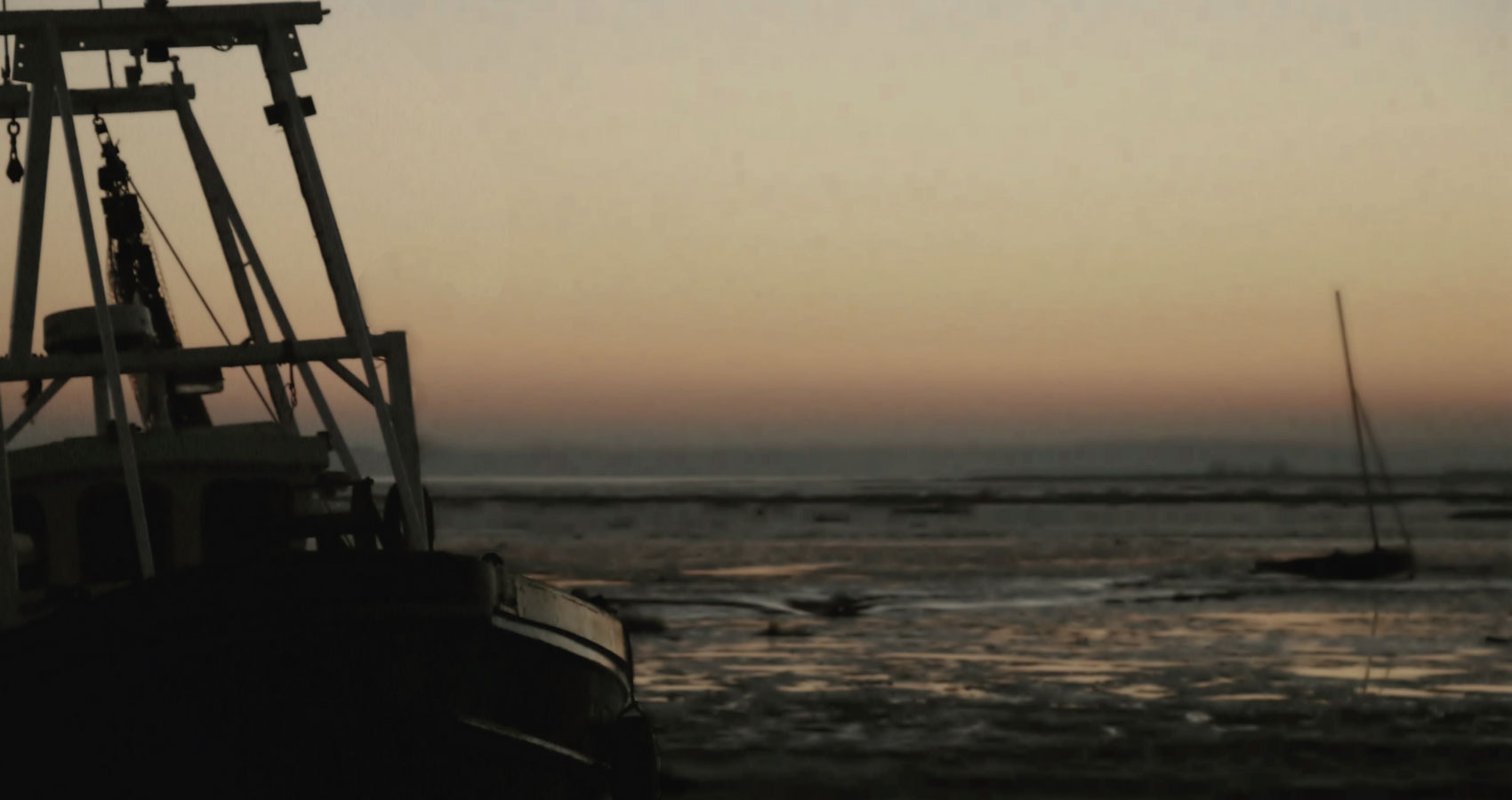 Some boats sink themselves slightly in order to
sleep—they awake with grog hangovers, leaning against

rocks, tillers askew as sea is softened by golden dawn.
The boom swung tipsily; the drowsy sail was hoisted,

it groaned auxiliary! Poking its prow through the
greybeards, the cutter then gathered pace,

parting plungers and apologetic waves as it cast off,
taking leave of the harbour in a cloud of spindrift.

state, remembering arduous journeys on seas of glass.
No one dares speak of the conifer bark that rains down in

flakes when it sleeps. The signal lamp, once brilliantly
bright, fraternising with the stars each night, is now

outshone by the eyes of abyssal creatures-see it
wrapped up in a pea jacket, perched on the yardarm.

past—when the laughter stops, and the deployment of
nets, perhaps they stop to think why, and sloppy work

and holystone and, sky…

Tragic wrecks of birds and ships alike, who is to say—to draw
the lines and make divisions of sea and bird and wood?

Birds in their collective strength move like waves, how they
could carry ships! This one is anchored fast, riding it

out as if a storm. But this collective strength, these
birds with villainous intent nip at the weather-worn

fishing nets and lines and a few crabs are lifted. The
barnacles sleep, nightmare visions of keelhauling—who

knew they had such wounds to heal?—forgotten
underneath in the darkness, they are plucked from their

shells by beaks regardless.

submerged and sleep. The sun is sinking too it seems,
melting on the tongue of the sea. The broken-backed

and keep watch tonight, for the crows in their
murders covet nesting spots on board.

Splinters and vibrating minutes and the bitter end,
perturbed by the day of eddies and unseen internal

waves, nipped by the endless Kittiwake, consulting
compasses for direction and the correct hour—

but no response, just the obviousness of the moon,
even from fathoms down and not a whisper.

As in every dark night here there is no silence for the
utterance of water and rustling of stars. You can hear

Sargasso weed dreaming, after hundreds of years afloat
without taking root, dreaming of something better or

at last nothing at all. And in every creak of wood there
is a year of bad weather. And within the strength of

every bird is an empty stomach and a restlessness of
wings. In every decomposing fishing net there’s an

echo of vengeance, heard beneath the ringing of a bell
that pleases the harbour. And in every compass there is a

needle tirelessly at work, endlessly referring to the stars—

and in every skiff, freshly built or sea-worn and sore,
there is always a desire it will never speak of:

to dive for pearls
on the ocean floor.

James Gable is a 27-year-old singer-songwriter living in London. Originally from Reading, James acquired a degree in filmmaking and found himself working on various film projects before deciding to dedicate more time to music. It was during his time working in London bookshops that James often found himself most inspired. Though he has written and composed dozens of songs, poetry is something that only over the last year has he begun to explore.