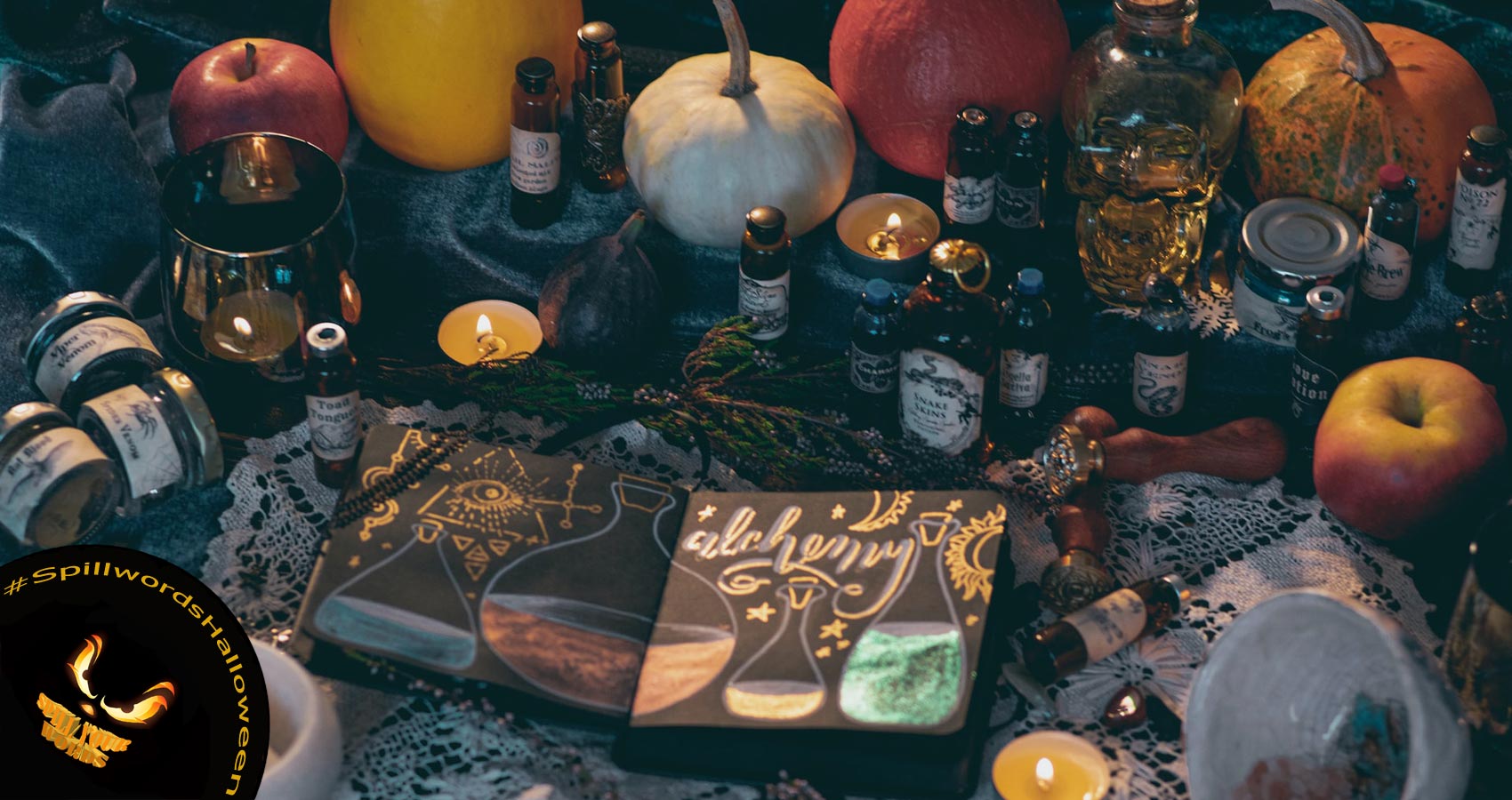 Charlotte Blackbird opened up the sun-proof curtains at exactly 5pm on the evening of Halloween. She gazed down the pumpkin covered block and felt the disgust creeping up her esophagus. How smug they are imitating our kind, she thought. Unadulterated mockery. Halloween wasn’t just a night. It was a culture and a way of life. A sacred life. Something that these puritans had turned into a Target holiday. It was about things so deep, they could never understand. It was a ragtag of misfits who belonged to each other. It was her mother teaching her to watch the moon and harvest the energy of the Earth. It was her father using bark and berries for tinctures to treat any ailment. Magic, mischief, intuition, and enchantment. It was a gaggle of creatures who were distinct and beautifully different from the rest. An appreciation for all things weird and wonderful. An omnipresent place for those still here and those that no longer walk this world. Now it was commercialized polyester fest. An evening every year that people feared, humiliated and isolated them. Why must they be afraid only of our differences? One more day and life would start to regain some sense of normalcy. Then they’d be over the monsters and on to the turkey. She imagined this is how Native Americans must feel when the nudniks parade around in plastic feathers. She slid the curtains closed in an aggravated fashion and walked to the kitchen. Her long red hair striking against her crushed black velvet dress. She knew John would be waking soon. God he was gorgeous. She promptly thought about all the ways she would indeed make him howl tonight. She put on the kettle to boil and began to crush her herbs into the mortar. The fragrance of star anise, cinnamon, cloves and dried rose petals filled the kitchen air. All the while she lovingly whispered words of desire and tenderness into the infusion. Her blind cat, Jet, gently pressed his body back and forth across her feet. When the kettle began to sing, she tied the mixture up in cheesecloth and began to brew them some morning tea. A splash of cream and she would be headed down to meet her lover once more. Descending the stairs, Jet was glued to the sound of her steps. She quietly slid into the room and found his lovely, hair contoured body exactly where she had left him. She slowly crawled on top of him, noting the trail of marks she had used on her territory. Wolves rarely slept and she knew, pridefully, that she had exhausted him. She leaned over and started to kiss and bite his neck. She hadn’t been this fueled with lust in at least 200 years. The last being some Romanian prick. His ego being by far his largest attribute. Alexandru? Andrei? Close enough. Right when John was starting to rouse, she heard commotion at the door, the bell peppered his soft moans. The ringing became more frequent and more annoying until she finally jumped up to see who in the hell had the audacity to cause her pre coitus interruptus. When she yanked the door open, two snot-nosed little boys in reptilian fare looked up at her with glee. Obviously they had managed to jump the mouse traps she had scattered in front of the gate. In excruciating and enthusiastic unison, they exclaimed “Trick or Treat”! Growing impatient and increasingly irritated by this artificial celebration, she grabbed her bucket and plopped two giant handfuls of black licorice into their bags and gave them a shit-eating grin. They looked at each other, took their disappointment and slithered on. She could only hope that it would earn her an unfavorable status on the trick-or-treat route. Satisfied, she slammed the door and turned to walk downstairs. Exhilarated by the thought of coming back to John, she started to softly sing the words, “I put a spell on you”. Her hand, sensually caressed the banister. “Because you’re mine”, she whispered. She turned the knob to her bedroom and saw him lying on the bed, biting his lip and rubbing the spot on the satin sheets where he wanted her body to be. Refusing to take her eyes off of him, she swiftly dropped her dress into a smoldering pile on the ground, slammed the door with gusto and left Halloween and the purring cat far behind her.

Ms. Fish is a writer, an omniologist and a creativity enthusiast. She loves cats, books, coffee, sunshine and art. She writes mostly nonfiction and poetry but occasionally dabbles in other genres. She firmly believes that kindness and creativity can save the world. She also really enjoys talking about herself in the third person because she’s socially awkward. She resides in Wilmington, NC with her son, husband and two cats.