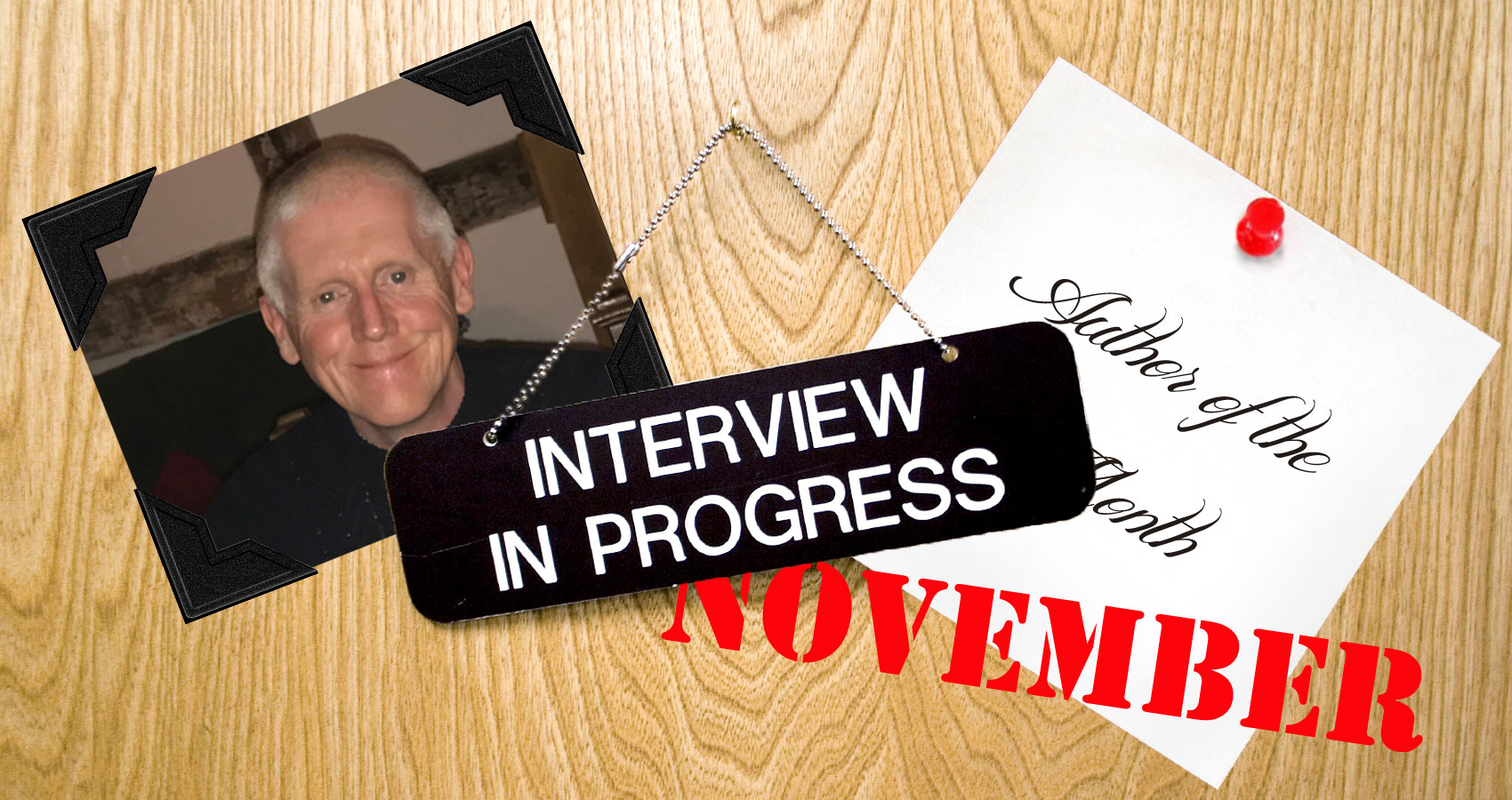 We offer our first and exclusive Q&A Interview with Richard Wall, a writer whose literary works have been featured on our Spillwords pages as well as being Author of the Month of November 2017.

It means a great deal to me. The quality of stories and poetry on Spillwords is among the highest I’ve seen anywhere. I was flabbergasted to see my own work on there, and being selected as Author of the Month of such an impressive site is a huge achievement. Do I get a badge?

They have all been a great influence. My first published short story, Evel Knievel and the Fat Elvis Diner is a stream of consciousness triggered by a partially downloaded email. The memories and thoughts voiced by the protagonist are based on my own experiences of growing up in a small market town in rural England in the 1970s. A few years ago, my wife colluded with our American friends to organise a surprise trip to Mississippi to follow the Blues Trail (a series of historic markers throughout Mississippi, commemorating the history of blues music in the region). A chance (and bizarre) encounter with a gentleman in a bar in Clarksdale, led to me write what was to become ‘Fat Man Blues’, my debut novel.

I was born in the early 1960s, and so my cultural influences included watching American films and TV shows on our old black and white television. This grew into a borderline obsession with the USA, its landscape, cars, books and music. When I’m writing, my imagination leads me into bleak places, uncovering the dark secrets that exist beneath the masks of normality and respectability that everyone wears in their day to day lives. The common maxim for writers is to “write about what you know.” That’s what I know. Maybe I need professional help 🙂

I’ve always been interested in writing, but never really applied myself to it until I joined my local writing group, Malvern Writers’ Circle, back in 2004. Here I met a friendly group of like-minded people offering encouragement and constructive critique, which has been invaluable. Through these meetings I began writing poetry (some of which was published) which I performed at a local poetry festival. After this came short stories, which led to my first novel, Fat Man Blues.

My process, such as it is, usually begins with an idea that might be triggered by a simple phrase, or thought. My novel Fat Man Blues came about when my friend said “That scene in the bar would make a great opening to a story.” So, I wrote the scene, with no idea where it was going. Three years later I had a novel. I have a full-time day job as a Technical Writer, so any creative writing has to be fitted into spare time, and family commitments. I discovered early on that I’m not good at planning a story beforehand, I prefer to let it unfold as I’m writing, and let the characters lead the way.

I enjoy the moments “in the zone” when all I’m thinking about is the movie that’s taking place right in front of my eyes and watching the words appear on the screen as I try to describe what’s happening. I think the most fulfilling thing for any writer is to hear a reader say that they loved your work, and then ask when the next story is due out.

I’ve never been one for writing long passages of scenic descriptions. Much of my work is driven by dialogue, and I tend to let the characters describe what’s going on, hopefully giving the reader just enough information to let them create the imagery in their own mind. I liken it to listening to a play on the radio.

I’ve been a voracious reader all my life, and will read a cereal packet if there’s nothing else around. I prefer US-based crime thrillers by writers such as James Lee Burke, or Andrew Vachss. Lately I’ve been reading a lot of black poetry by Langston Hughes and black urban fiction as written by my good friend Ran Walker.

That’s a difficult question! Having walked the planet for over fifty summers I’ve encountered many people who have been equally inspirational to me for diverse reasons. Whilst researching the history of blues music for my novel Fat Man Blues, I read the stories of the early blues singers like Muddy Waters and Howling Wolf who fled the horrors of the Jim Crow South to pursue their dreams in Chicago. When Muddy Waters was first interviewed in 1940, he was a very young man, working on a farm in rural Mississippi and playing simple country-blues in his spare time. The story goes that when he first heard a recording of himself playing, it gave him the self-belief to pursue it, so he escaped to Chicago and the rest is history.

The words ‘Thank You’ are not big enough to express my gratitude. I hope to post more of my writing onto Spillwords, and if it’s accepted, I hope that people will continue to enjoy it.

“He didn’t take himself too seriously.”

I would like to thank my friends and family and everyone else who has bought my books, or just said nice things. I couldn’t have done any of this without the support of my wife, Barbara.