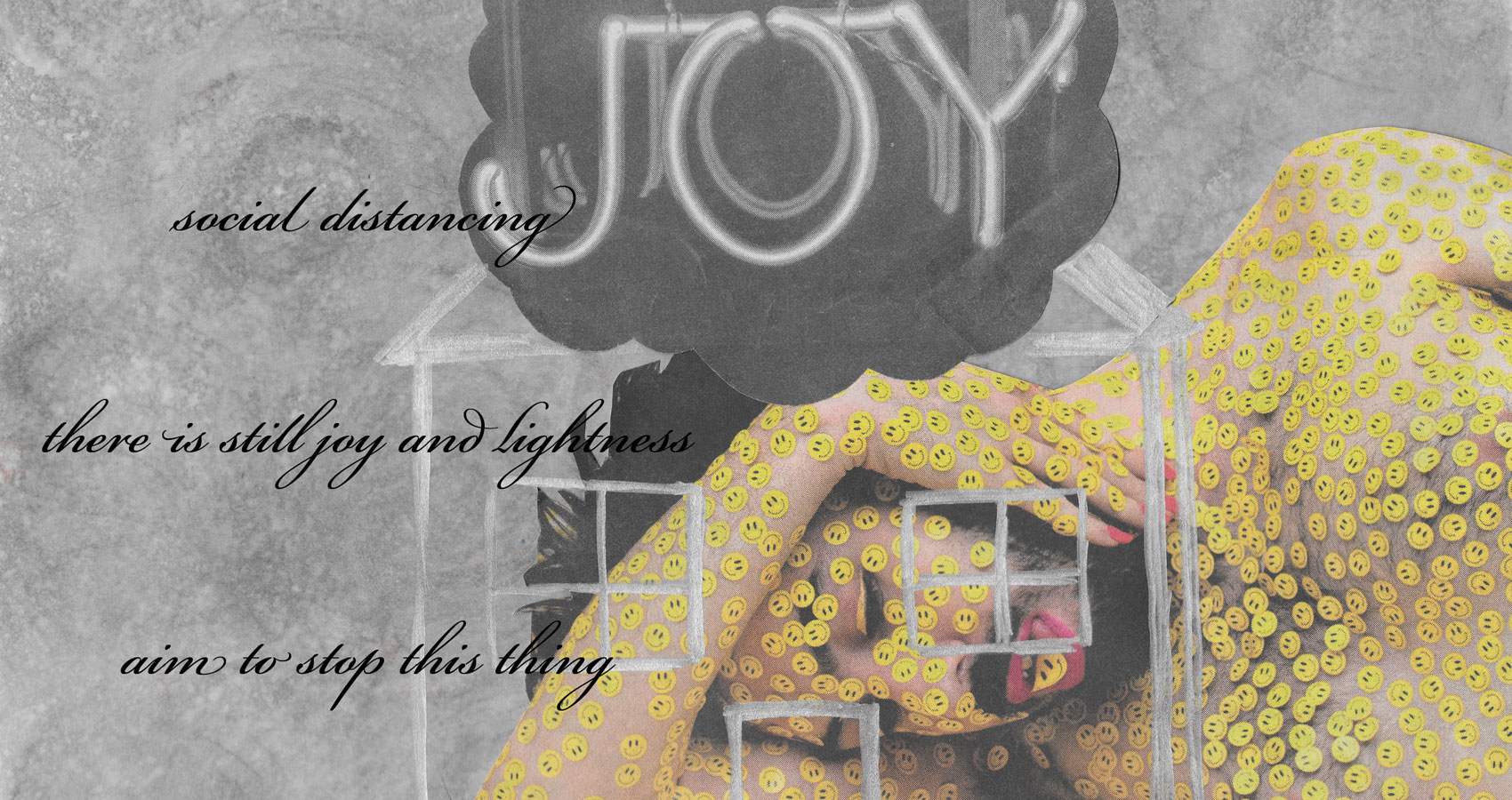 there is still joy and lightness

aim to stop this thing

Illustration description: A newspaper cutout of the upper body of a figure covered in yellow smiley faces lies across the ground of the picture. (The figure is artist Seamus Gallagher, as they appear in their photographic piece “All Smiles” on the Aug 1-7 2019 Cover of The Coast). The ground is suggested only, as the background is nothing but a mass of cloudy, billowing, swirling grey. The figure is resting on their left arm, which is bent at the elbow so arm and hand are flopped over the head. Fingernails are painted red, matching presumably lipsticked lips. Eyelids are painted yellow to match the omnipresent smiley faces. Hair is short, disheveled, and black (and, along with mustache and beard, appears to be one of the few parts not covered in smileys). Eyes are almost closed and mouth hangs open, just enough to see the smiley stuck to their tongue. Just above the figure’s head hangs the shape of a dark cloud (another newspaper clipping from The Coast), with what appears to be the black and white image of a neon sign that says “JOY”. (This is an image of a piece of art by artist Arjun Lal). Behind the cloud and in front of the figure is the silver outline of a house, enclosing the head and some of the upper body. The text of the haiku appears on the left-hand side of the image, about midway down, in black and the font Bickham Script Pro.