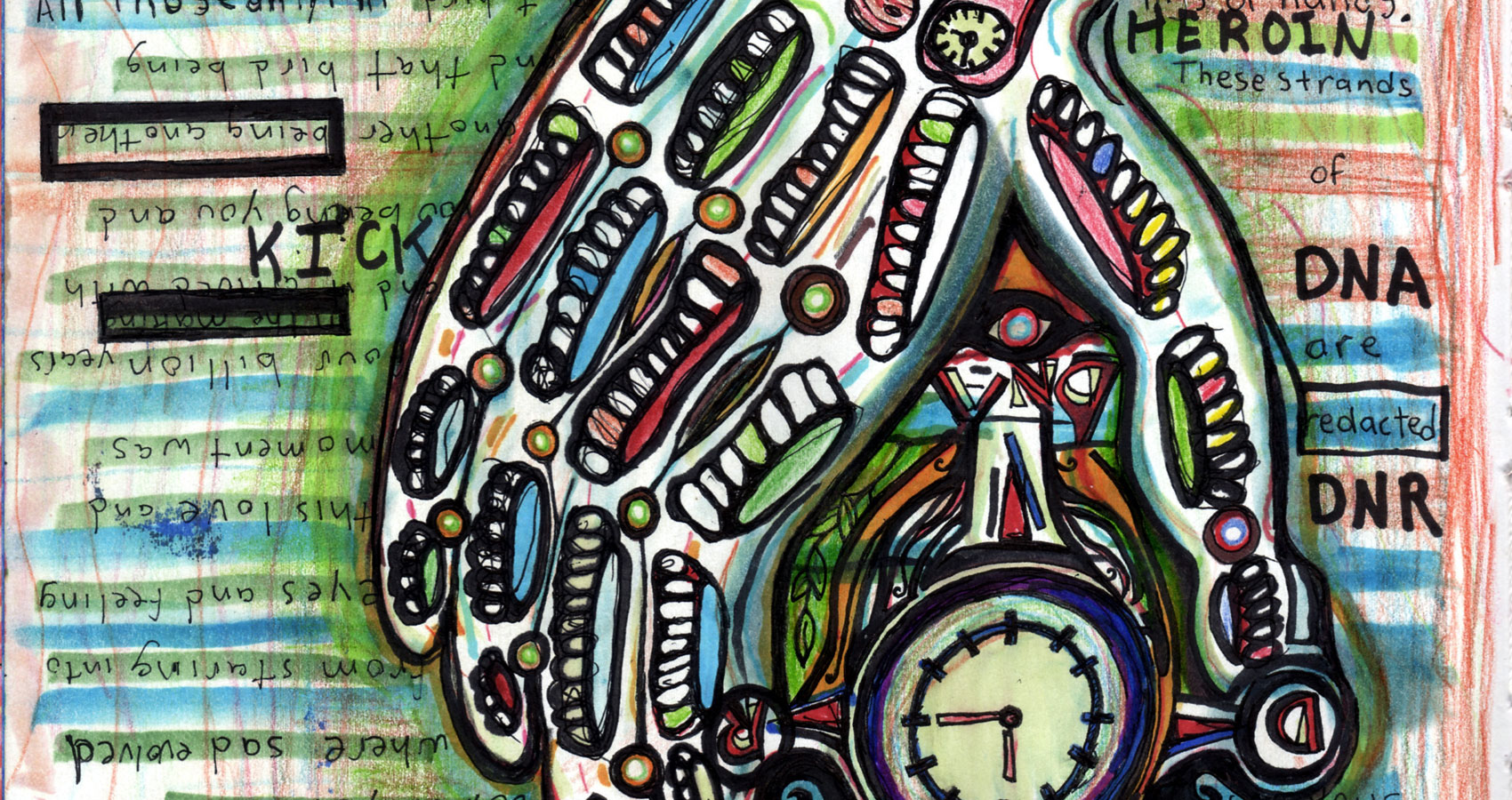 These bodies imbibing and eliminating are not the result of selective pressure to manifest destiny or self-actualize, to express our gender identity, or kick heroin. They tell me these things are challenges to society, that vague word, this ideology that crumbles like old cake when pressed for a finer texture. Society sates hunger to make a space and time to think of challenges against it, even makes the manifestation of a challenge possible. Society just echoes previous practice going back to the necessities of selective pressure. Society’s rules expand on nature with plenty of heroin to go around. Society clears me from the road. Society soothes me to forget we are worms, when we are dressing bow-tied and gowned in ego and identity and architecture. All of these things don’t make babies. Still, we populate billions. Homo sapiens sure like to dive in the hay.
Peasants make babies. Little worms curl around God-fearing fields to make babies. When I was a child, I rode the back of a wheeled, plastic, green inchworm with a yellow saddle. I raced it across my living room. I got it from the Kansas City junkyards we used to walk through looking for cans to recycle. The other day, in a pile of furniture on the sidewalk, I saw one. No chimp could imagine that it shared ancestors with a creature that would give rise to a boy riding a plastic worm, or a man full of nostalgia for it. Worms are just good eats for apes. After the grubworms and the monkey meat, male chimps in West Africa throw rocks at their sacred trees. Their ritual was evidenced in chop marks in the bark and an automatic camera. These primates pile the stones up in a gap where the roots split the trunk. Bonobo apes are matriarchal and smooth over conflicts with ritual sex. They make love, while their chimp cousins, our closer relations, make war. Somehow, there are many more chimps in the world than bonobos. Maybe throwing stones and war makes babies. In other parts of the world, people murder each other over fields set aside for growing opium. Heroin does not make babies.
In the cattails down South, I heard people hefting around murder stories like hot stones. Surrounded by fire hazards, ask why any murderer murdered, and it is like I asked if they showered this morning. Maybe it is just that thinking in that mode is as foreign to them as smuggling lizards into New Jersey. Or maybe it’s just too obvious. Sex makes babies. Sex is not family entertainment. I learned that down there with a slap in the face. Killing is for kids of all ages, though. Society is a squirt gun amusement park. It is a cat throwing around a live mouse caught under the sink. Society is a tree marked by a chimp that never tried heroin. Poor thing was shot with a tranquilizer gun, once. It died in slow motion. We are always dying in slow motion.
K…. K-k-kick heroin. Sometimes I say the first letter of good things. I say “G” for girl. Then I stutter: “G-g-girl.” In bed this morning, I was petting my tomcat, Livingstone, in a shaft of sunlight. I said, “C.” I stuttered: “C-c-cat.” This creature I once observed issue from his mother, he blinked slowly at me. A girl once told me that this is how they kiss you. K-k-kiss. I saw him in soft focus. Quietly, I just observed him as this detail of the little things in a life, like the iridescence on tiny snails with brittle shells. Every little gem of existence is so easily forgotten without a black box of context, like any grain of sand would be without the pearl that envelopes it in a clam’s belly — like that paperweight in Orwell. I think Livingstone is like that piece of orange coral in glass. I think he is what still catches sunlight and color in a holocaust. Did Anne Frank ever have a cat? I think she would have remembered a cat. Cats make babies. No cat ever had to kick heroin.

I live in Bronx, New York and work as a janitor. I have five cats and write private little books: autobiography, art, poetry and fiction. I make music and generally screw around in every creative corner.