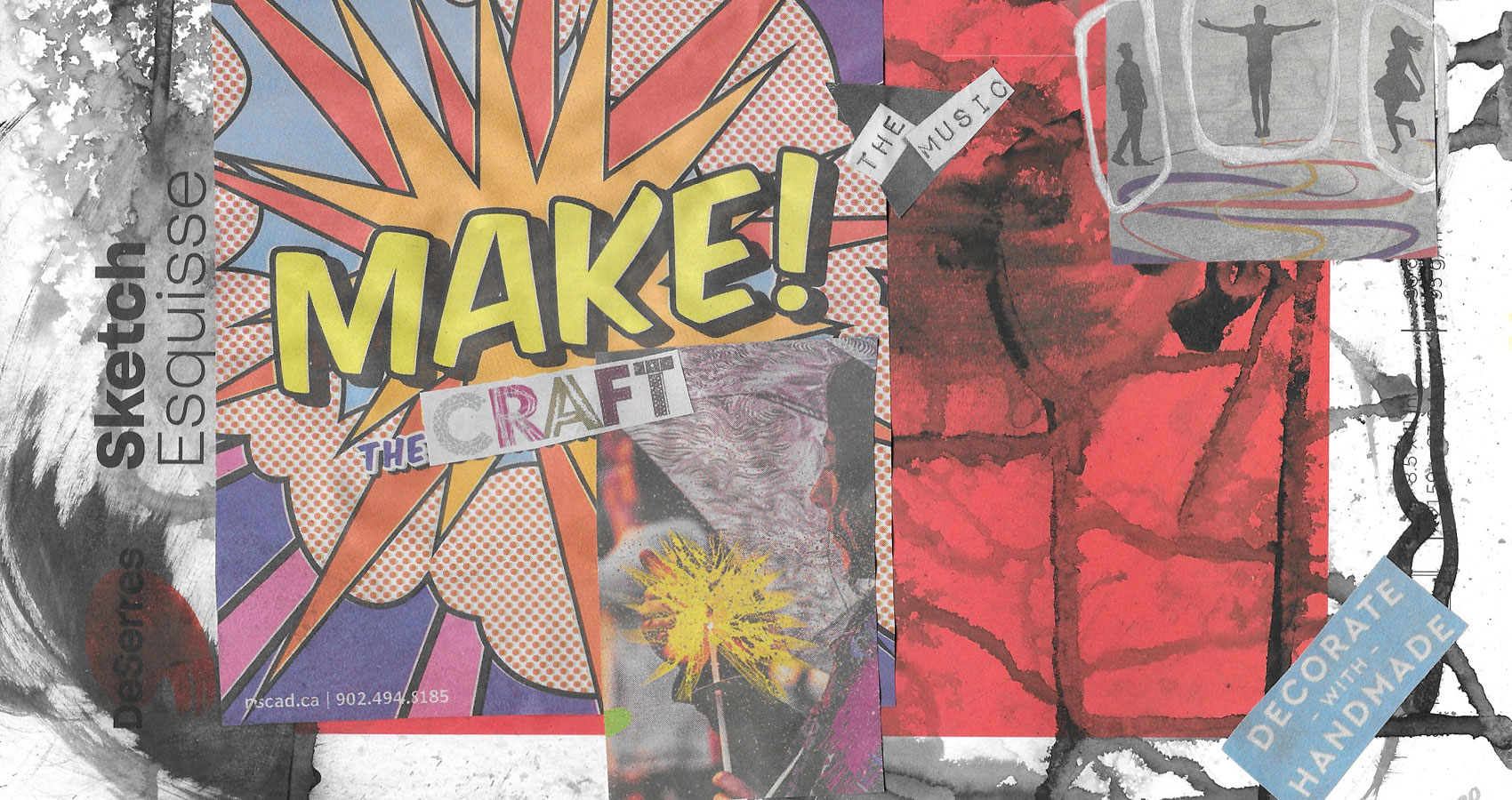 hope. And there is hope,

through each other’s creations

Illustration description: This image is a collage of newspaper clippings from The Coast’s 2018 “Hot Summer Guide” on the background of a sideways paper DeSerres sketchbook cover, splashed and strewn with black ink. The word “MAKE!” sands out on the left side of the image, in yellow letters and backed by a comic book style explosion (an advertisement for Summer courses at NSCAD).  Below that, the words “THE” and “CRAFT” are visible, “CRAFT” (clipped from an ad for Cape Breton Centre for Craft & Design ) having been pasted over other words in the advertisement. “CRAFT” also overlaps the image of someone holding a sparkler in front of them and sheltering behind an umbrella (clipped from an ad for Halifax Pride Week).  The words “The Music” are visible to the right of “MAKE!”, in black and white with a black triangle behind them (clipped from an ad for Symphony Nova Scotia, performing the music of Pink Floyd).  In the top right corner is pasted an image of three figures in silhouette (clipped from an ad for The Island Fringe Festival).  The two figures on the sides appear to be moving toward the figure in the middle, who stands with arms outstretched.  Wisps of red, violet, and gold snake over and under each other on the ground below.  Each figure is enclosed by a rectangle with rounded edges, drawn in silver Sharpie.  In the bottom right corner is pasted a clipping of the words “DECORATE – WITH – HANDMADE”, rotated at a 45 degree clockwise angle (clipped from an ad for Inkwell’s Handmade Boutique).