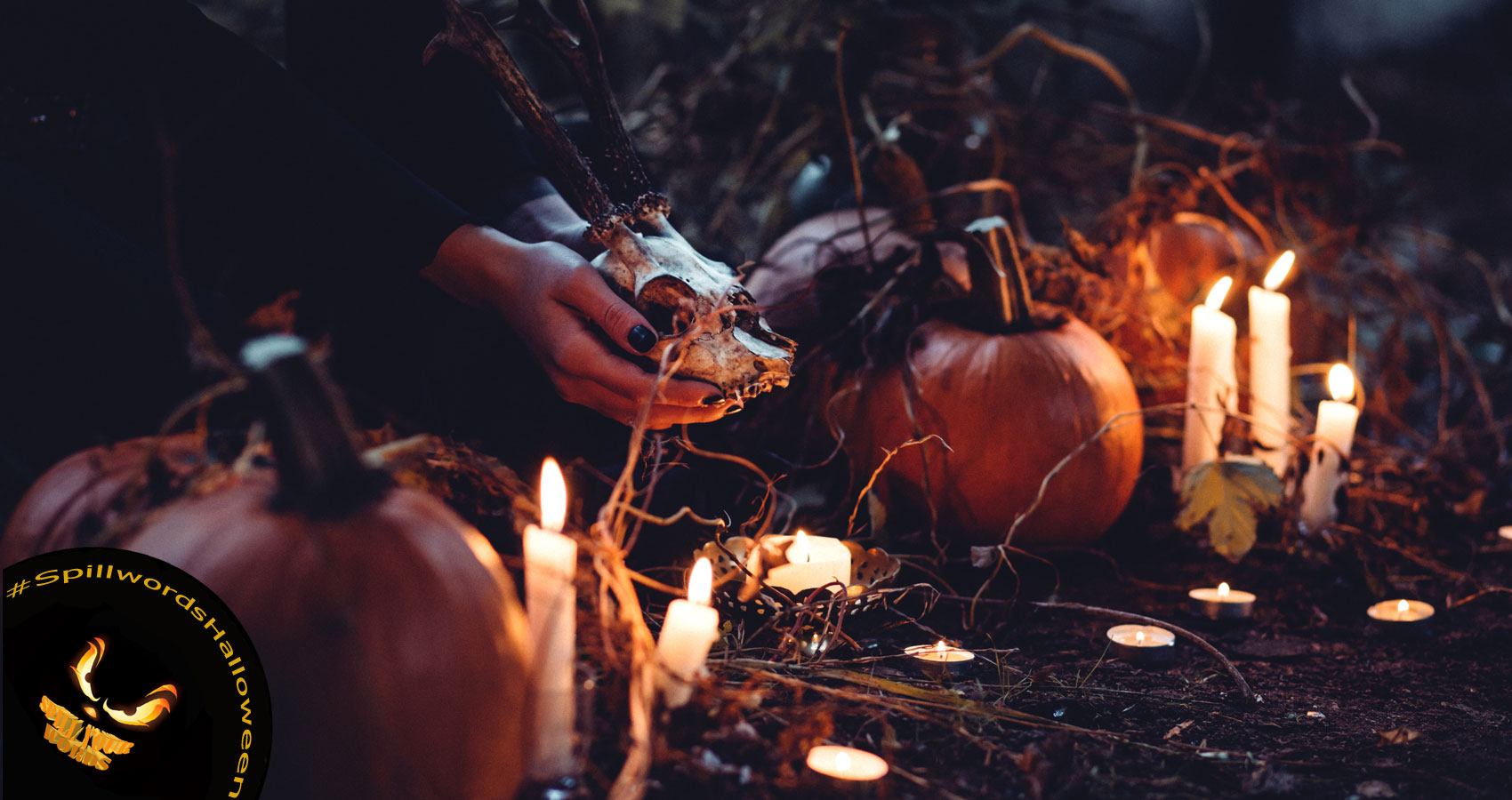 Melanie and The Undead

Melanie and The Undead

Melanie gathered the items she had at home that were required to perform the annual ritual to wake the dead. She bagged them up to take into the woods. It was all hallows eve tomorrow. The night where the dead came back to life for one haunting night. Melanie was the only witch remaining who knew how to wake the dead. She hiked deep into the woods, gathering more items as she journeyed, and set up the altar. She had promised ten people that she would bring them back to the living and that required a lot of planning. Ten people to make undead. They would hunt the living. They had unfinished business and Melanie would help them finish it, but ten undead brought back meant ten new deaths as well. Each would kill one human.

All Hallows eve midnight was fast approaching. Melanie was still short a few items. She needed fresh skulls of specific animals and she hated killing them, but it was required to bring back the dead. She hunted the woods the night before, captured what was required, and skinned the animals. She removed their skulls and ate the meat so as not to harm the animals without using all their parts. She really could not handle this part, it made her queasy, but there was no other way. It took her all night, but she had all ten skulls required. She lay them across the altar tonight. Each one held a candle in it and a bit of each human’s hair that the dead would be hunting. The hair would lead the way to their prey. The hair was tricky to get, but Melanie had been good at slipping through the living’s homes while they slept. No one ever detected her. She was light as a feather and barely touched the ground as she crept among their belongings and gathered their hair.

Each person she was rising from the dead had one deed to do. They had vengeance and only vengeance in their spirit. If they spilled human blood, they might remain to haunt for another day. If they did not spill the blood of the person they were after by sunup, then they would return to their graves for all eternity and never get another chance. Melanie had to be quick in explaining all the rules to the undead. Melanie heard rumors that they always wanted to run and hunt instantly. She had to make them understand they would only have so much time among the living to do their desperate deeds and be back in their grave. Blood of no blood, they were all on a time limit.

Melanie finished the altar shortly before midnight. It was a full moon and she had been practicing the incarnations in her mind for months. She dared not speak the words aloud for if she did it would wake the dead prematurely.

Melanie pulled on her long red velvet cape, pushed her long red locks into the hood, and headed deep into the woods. She concentrated on every step she took. She was intentional in everything she did. She required a little of the dead’s blood to raise them from their graves and she had sprinkled the skulls with their blood. Once they came to her undead, she would give them their human hair so they could hunt. She knew more people would die, but she promised to help these friends get vengeance and a promise is a promise, even to the undead.

One minute to midnight. Melanie stretched out her arms. She began to spin wildly. She started chanting. She got louder and louder with each verse of the chant. The trees began to sway, each threatening to bend and break in pieces, the earth trembled under her feet. The fires on the altar blazed up and then blackness! Melanie did not know if the spells worked or not. Then as if lightening was surrounding her, she saw the ten undead rising from the altar. Skulls in each of their hands. Their mouths trying to say something. Melanie was confused, but soon she understood, she would need to chant more until the undead could speak. She would need to summon all her magic into this holy place in the woods. She began to spin again, chant more, and one by one, the undead surrounded her. In unison, they said for her to stop. She froze not sure what would happen next. Each undead said their thanks of gratitude and took the hair from the altar and vanished into the night. Melanie did not have time to tell them about their limited time, but she got the sense they knew this was only a short-lived thing.

Melanie laid down in the woods and waited for each person’s return. She would need to guide each spirit back home to its grave. She reset the alter with herb pouches that would help ease the spirits of the undead home. She felt it was her job to help. Each one came back at different times, but all waited for all ten to return. Melanie tried to guide them home, but they would not cross over.

Melanie began to worry about the consequences of what she had done. She freed the dead to kill the living. She was just as bad as the undead were. She helped them murder. She began to shake at the realization that she used to be a good witch, but she was evil now. Melanie used to make herbs concoctions to guide people to love, healing, and help with anxiety and other ailments, but now she was feeling like the undead. She felt deflated. Once all ten undead returned, Melanie tried again to help them cross back. They refused. They told her that eleven were going back. She was confused, she only raised ten. A dark chill worked its way through her entire body. She realized that they meant her, but she was alive. They told her that once she began the ritual of bringing them back to the land of the living, she herself turned into an undead. They told her if she were lucky, someone someday would bring her back to deal with her unfinished business.

Melanie began to run out of the woods, but at every turn, the undead were upon her. She tried to use her magic to get her out of this dire situation, but her magic did not work. Perhaps the undead were blocking it, but soon Melanie realized that she was now one of them. She was now an undead. It hit Melanie like a piano falling on her head. A sadness fell upon Melanie. She knew she no longer would perform spells to help the living, or bring back the dead, or live among the town folks she considered her friends. She had stepped on the toes of those holding the spirits in the grave. She crossed a dark line into death. A line that should not have been crossed and she cursed herself for making herself undead.