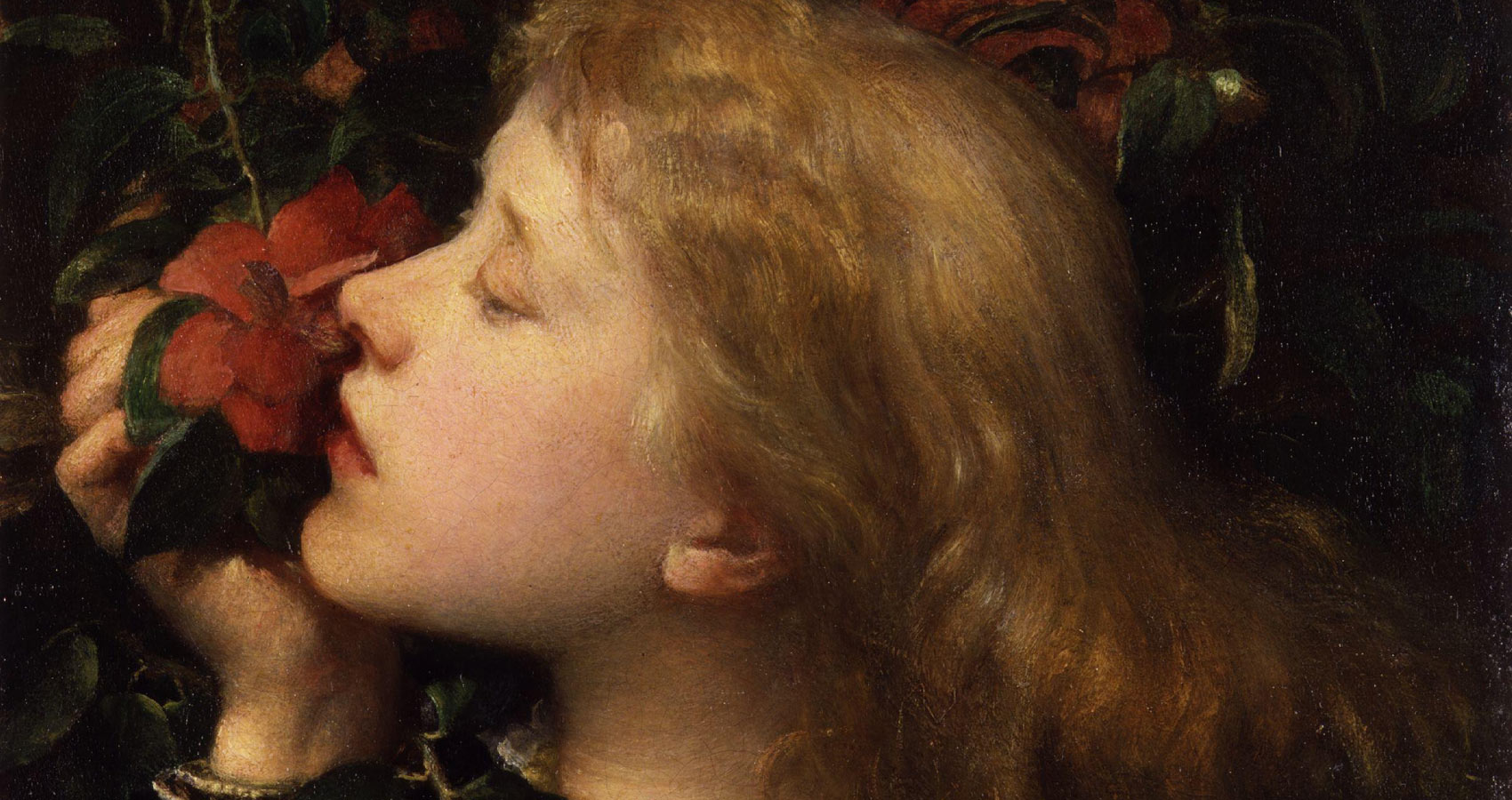 She loved him then, when still a lad
and she a lass, but Galahad
ne’er seemed to notice her bright eyes
(wide-set, and rather large in size)
which never took their gaze away
except, perchance, he peered her way
and then, head turned, although she yearned
to meet his glance, admire his lance,
and maybe, someday, to advance
and gently cough so he might doff
his helm and say, “A lovely day,”—
she’d feel so gay and then be off
without reply, though he might spy
her eyes both bat, then like a cat
(though with a blush) she’d quickly rush
and hide within the underbrush
beside the moat where she could float
and watch him, hidden and remote,
without revealing how appealing
was his form to every feeling
which would swell within her breast—
and through the night not give her rest—
until the two became as one,
their vows full-pledged, new life begun.

But first she’d need to interfere
with his romance of Guinevere
(of Lancelot we hear a lot,
but he was not Gwyn’s only plot).
No simple task: she’d need to ask
for Merlin’s aid, though sore afraid
he’d be amused—and she refused—
because her kind, by him, was used
for potions and for magic spells,
though not the ones for wedding bells
and bringing love to disparate hearts,
feats not beyond his mystic arts.
But how could she approach this man,
with knowledge of when time began,
a mage of such uncertain age
that eons were but just a page,
and she so short of life and stature,
fearing that he might dispatch her
rather than to act the cad
’twixt Guinevere and Galahad
(although he knew what lay ahead
when Arthur learns Lance shares her bed).
She needn’t speak in human tongue,
for Merlin is of those among
the very few who always knew
not just his voice, but others’, too.

And so she hid beneath his hat
(by creeping past his sleeping cat)
among the potions on his shelf,
and though she felt beside herself
near vessels filled with eye of newt,
and wart of toad, and mandrake root;
quite unprepared, she trusted fate
to make the best of plans formed late.
He soon arrived and reached within
his pointed hat and with a grin
pulled out a rat and owl and bat,
perched on his shoulders as he sat
(although the bat hung from the brim
a moment, right in front of him,
so he said, “Please remove yourself
and take your place beside the elf
upon the shelf where you belong—
you know my patience isn’t long.”)
She saw he was a friend of those
with fur or feathers for their clothes,
and pond’ring why his hand passed by
her face within her hiding place,
she realized she needn’t fear,
for Merlin had a friendly ear.

It seems he knew that she had come;
no mighty “Fee, Fi, Fo” or “Fum”
would scare her from his giant’s lair—
he knew her want, her why, and where.
But splitting fair queen from her beau
was futile—fates were sealed—and so
he said, “Instead, let’s place our focus
on your passion’s misled locus.
You believe a knightly kiss
would bring you new life as a miss
whom he would want to have and hold,
the one to whom his life is sold.
It’s just as likely he would turn
into a creature you would learn
to hold and have then give your life
to carry him through every strife.
But as for me, I’d be remiss
not warning you the purest kiss
might not abide through thick and thin,
for wooing doesn’t always win
forever-after happiness:
though sometimes more, it’s often less.
Far better that you stay a frog
and love your every pollywog.”