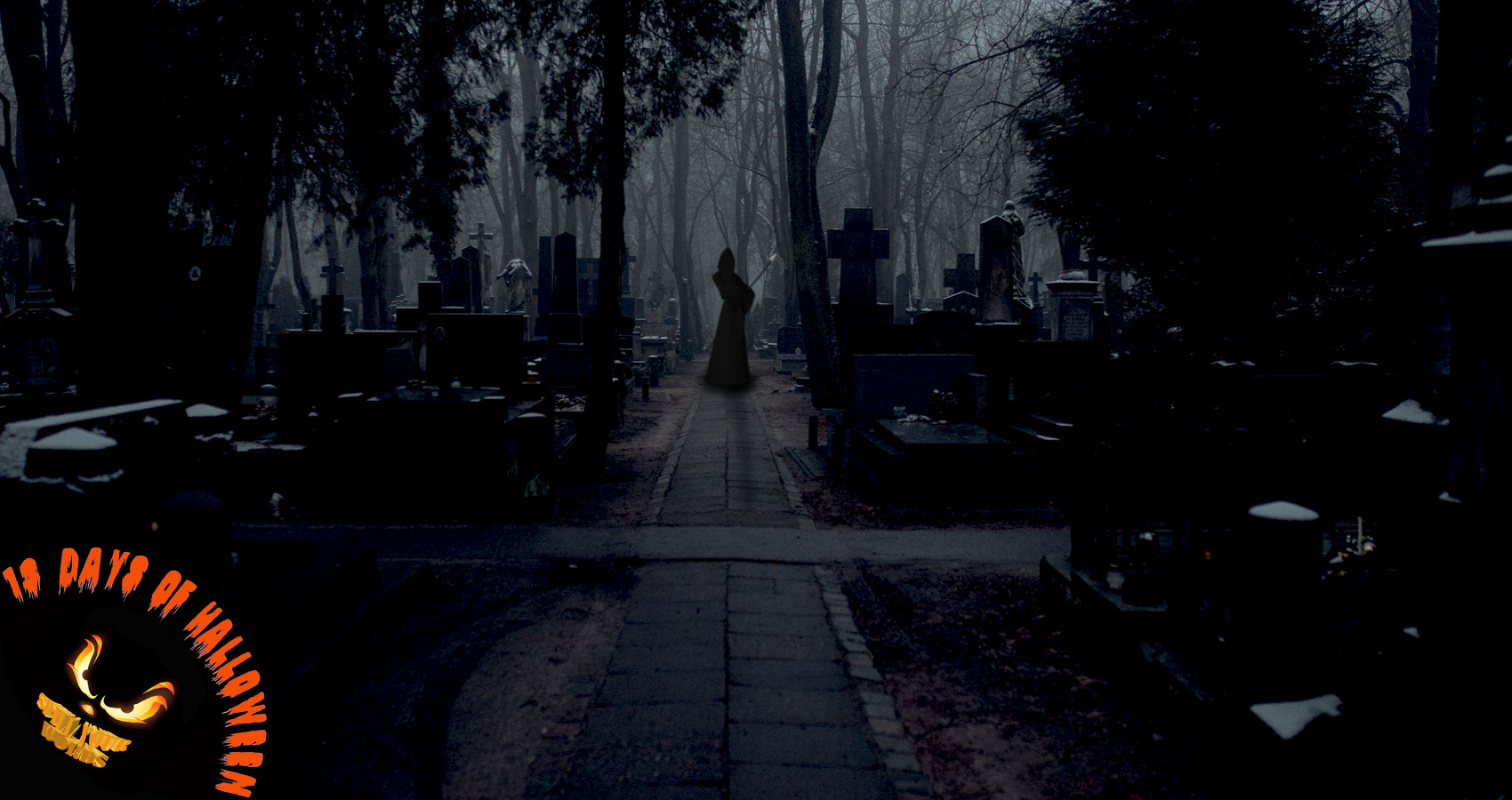 Without a palindrome or plan
I grabbed a nearby spray-paint can
and rustic lantern, much like Poe’s
from “Telltale Heart” of horror’s prose.

I found a rural graveyard site
and settled in to spend the night
to entertain the mournful herds
who’d visit there and read these words:

Who lied above
Now lies below.
At rest in Heaven?
Heavens, no!

She loved him fully,
To the brim.
Her husband shot
And buried him.

The bridge they crossed
Was strong enough—
Too bad it wasn’t
Long enough.

He was hung
As his twin brother
Who lived on
To kill another.

He insisted
He’s not dead
That isn’t what
The coroner said.

For her return
He held his breath.
She chose to wait
Until his death.

To Be or to Not,
That was the Question
Answered by
The Reaper’s Suggestion.

Next in line, a fresh-dug plot
without a stone to mark the spot
but there, arising from the earth,
I witnessed my own tombstone’s birth.

The words etched by an unseen hand,
inscribed as if at death’s command:

The stroke of twelve.
A moonless night.
This lonely prankster
Died of fright.

Chiseled next, a name and date:
the name was mine—it sealed my fate.

I felt a stabbing at my shoulder,
grabbing ever tighter, colder.
Boney fingers; pitch-black cloak.
I saw no face. He never spoke.

I landed hard within the hole
and felt him tear my heart and soul.
By morning’s light, the plot was filled—
on top, a lantern, dark and chilled.