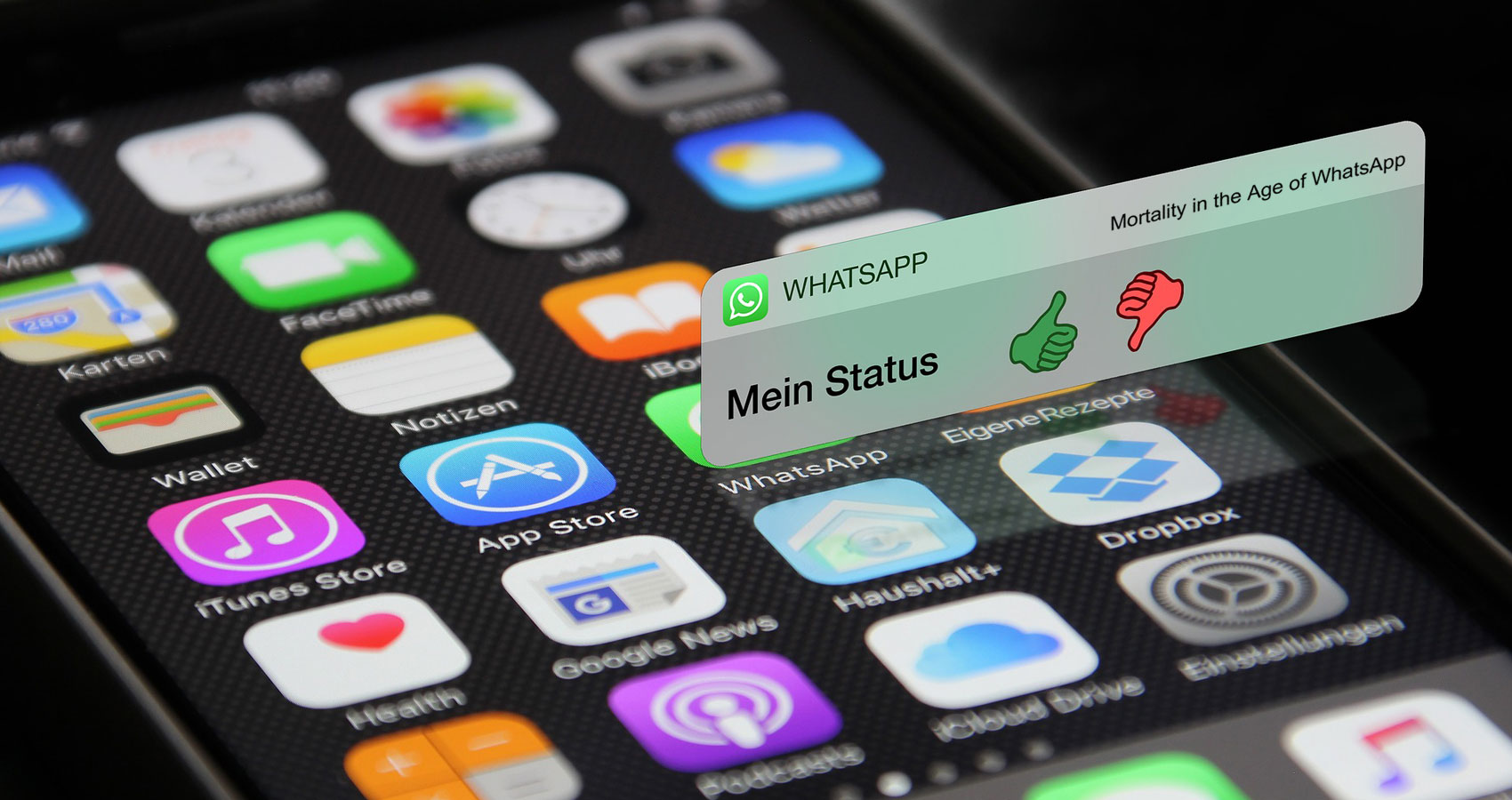 Mortality in the Age of WhatsApp

Mortality in the Age of WhatsApp

The two men stood near the rusted gate, warily watching the road full of vehicular traffic—and sound and smoke, as a result of such a daily chaos on an Indian street.
After five minutes, the first one got bored and asked his companion: When will it arrive? Any idea?
The second one was blunt—No idea. Have to wait here.
The first male got irritated by this reply and said in a commanding tone: Stop fiddling that damn phone!
The second male asked the tall one in the same cool way: Why should I? Checking the updates only. A netizen in a wired world has to be alert.
The tall one was quiet and then:
—Check the timing. An hour now…in this damn place full of pungent smoke from the dead bodies.
—Cremation grounds are like that only. And they are not some damn places. All must pass them for the Unknown via these gates only.
—Great wisdom! Hmm!
— Stating fact only.
—Oh! The WhatsApp Guru!
—Through that app, people connect— the dumbest know this. We are children of high-tech civilization, man!
The tall one said nothing—his eyes glowed like red embers.
Silence, eerie, prevailed on the ground.
Two bodies were burning slowly. The last stage!
The third one was being awaited—for last rites there. The Delhi sun was cruel. May is extreme there. Hot wind blew in from the road congested with the cars, buses, bikes and trucks.
Some more folks drifted in.
They all waited. Resigned.
Then, the general relief was felt.
Somebody exclaimed—Hey! The dead body! Finally! Come on! Let us join the family of mourners.
Soon, the body was brought in.
The second male stood still and continued checking/ deleting things under the harsh sun, immobile, indifferent.
Others were doing the same with hurried fingers in that cramped burning ghat, oblivious to the departed and those in grief in that busy capital of the country…