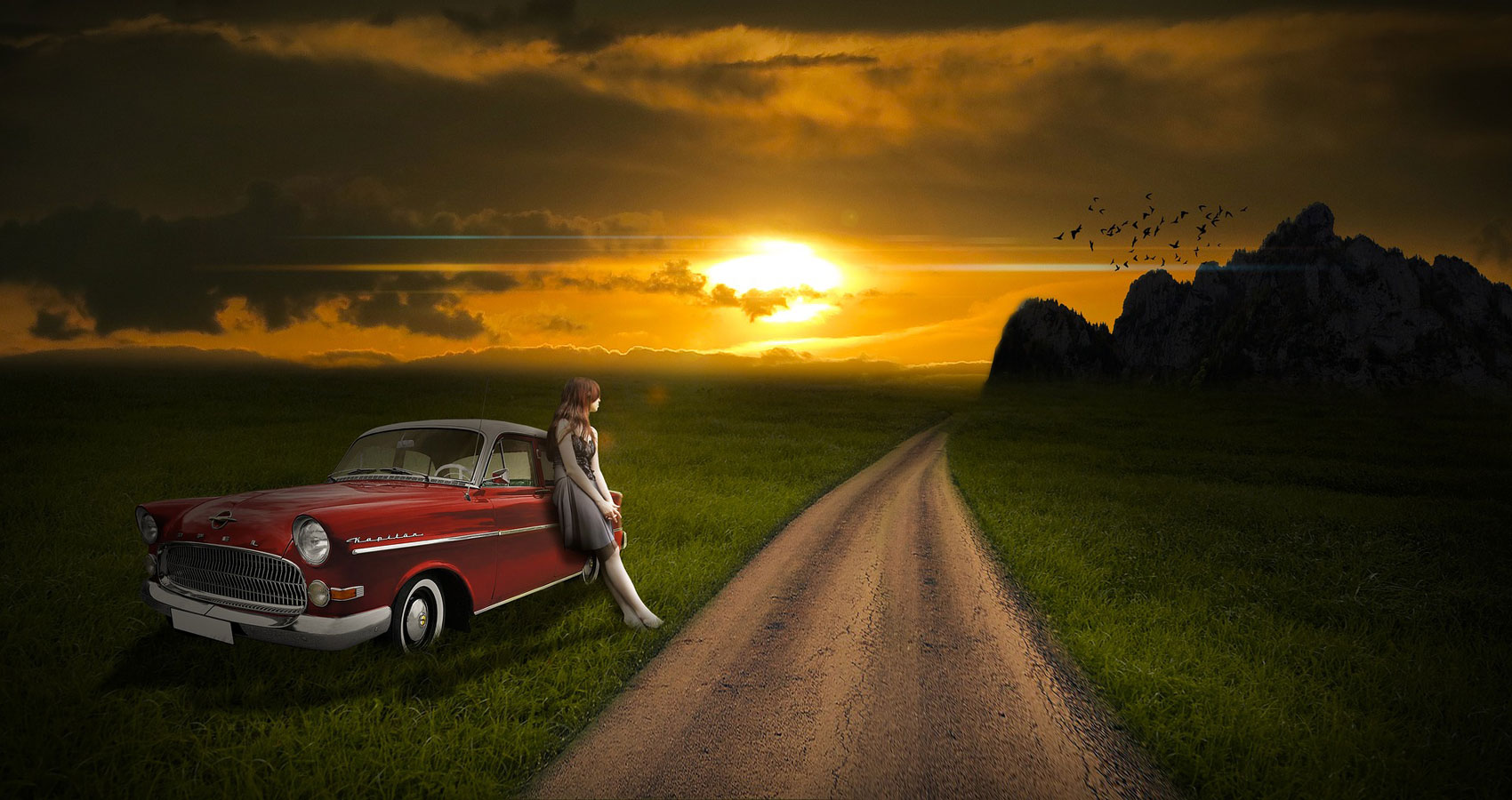 I left my daughter at the daycare center and said goodbye to her with a kiss. She escaped my embrace in a hurry and went to join the rest of the moppets. Her teacher gave me a fake “good morning” and closed the door behind her.
I went down the stairs in pensive silence. Outside, the first raindrops of autumn started to fall. The melody of their rhythmic game with the tin roof covered the sounds of the toddlers’ games. I took a look at my new sneakers. They would become a mess, but I did not care.
At the next corner, I turned left and started crossing the road. I managed to escape a driver that ignored the red light, and instead of an apology, he offered me a threat, by lifting his fist, for daring to confront his front bumper. I ignored him and kept walking.
I bought some raisin bread by the nearby bakery, and after chattering for a while with Anastasia, the baker, about the weather, the new manicure trend and the winner of “Survivor”, went back into the drizzle.
People around me were running in haste. A stylish young woman was covering her complicated dichromatic hairdo with a shiny magazine to protect its perfection from the raindrops. I gave a look of pity at the anorexic model that posed on the cover page with a lustful expression on her face. The lady gave a look of puzzlement mixed with contempt at my ripped jeans – how lumpen. After, she walked hastily in her high heels looking like a half-drunk doe.
I moved towards the Electricity Company’s office, going past garbage bins, double-parked cars, and smashed sidewalk stones and avoiding getting rammed by my rushing, looking especially busy and serious, fellow men. Almost without casualties I crossed the threshold and found myself at the end of an enormous queue. I looked at their faces. They all had the identical gloomy expression of resignation. I clutched the strap of my purse and I stepped inside. The smell of mold and bureaucracy attacked my nostrils and metal fingers squeezed my stomach. No one was making a real conversation. Transactions were made using the less possible words. Tired gazes, robotic actions, the rustling of paper. The ringing of the telephone somewhere next to me made me jump. The employee answered in a formal manner and then hung up.
An old lady waved her old-fashioned fan intensively. It was torn at the edge. An overweight man with trouser braces made sounds of disapproval and a young teenager, with a hint of a moustache in his upper lip, was typing on his cell phone with his thumbs giggling. I felt that there was no more air in the room and a buzz was covering my hearing. My heart started floundering like a dying fish and beads of sweat appeared on my forehead out of nowhere. An irresistible tendency to run away made me fall back and flee.
I ran a few blocks away and then stopped breathless and with my shirt soaked in sweat.
“Calm down,” I said to myself “there it went… it’s over” I took a deep breath the exact moment the beat-up city bus took off, releasing fumes of many decades on my face. A curse came to my mouth and I hacked it up with my teeth and swallowed it. “Whatever you wish for…” I reminded myself “returns to you…”
The rain grew heavier for a while and started hammering the sidewalks, the car hoods, and the awnings, with her thick raindrops, like she wanted to shake the human conscience and get it out of the burrow of shallow nothingness, but no one paid any attention to her. I raised my head to the sky and nodded in understanding.
Suddenly I got the urge to visit the mountain. Be alone for a while. Maybe even write. Mostly because I wanted to lose myself inside me. To get off of me some of the human dust. I gazed at the grey sky. The drizzle was getting lighter, soon the sun would appear, but… the ground would be moist. I went home and took the car. Next, to me I placed a blanket, a book, and the raisin bread. I felt complete and I was already tasting the peacefulness of the forest.
While I drove I met just a few people going up. Most of them were leaving their home so they could begin their day in the city. I felt sorry for them.
In a few minutes, I was already in my favorite spot. I parked near the road. I got off the car and took a deep breath, like a diver who has been under water for centuries and at last, he was allowed to reach the surface. The trees stood around me like towering guards, protecting me from curious eyes and unwanted visitors. I smiled at them and waved just as they were old friends. And in a way they were.
The sun was shining like frozen gold above my head and the scarce sun rays of the autumn went through the leaves and caressed softly the wet ground. I spread the blanket and lied down. The earth smelled of rebirth. I touched it tentatively and gathered in my palm pine needles and mud.
A soft breeze blew and just as it gave a signal, dozens of birds, hidden in the foliage begun to praise life and nature. Their song sent a chill up my spine and I felt that all of my anxiety, sadness, disappointment, resentment, and discontent were leaving me and were replaced by a weird sense of an empty completeness.
“Thank you, Mother,” I said and felt the life inside her buzzing and vibrating.