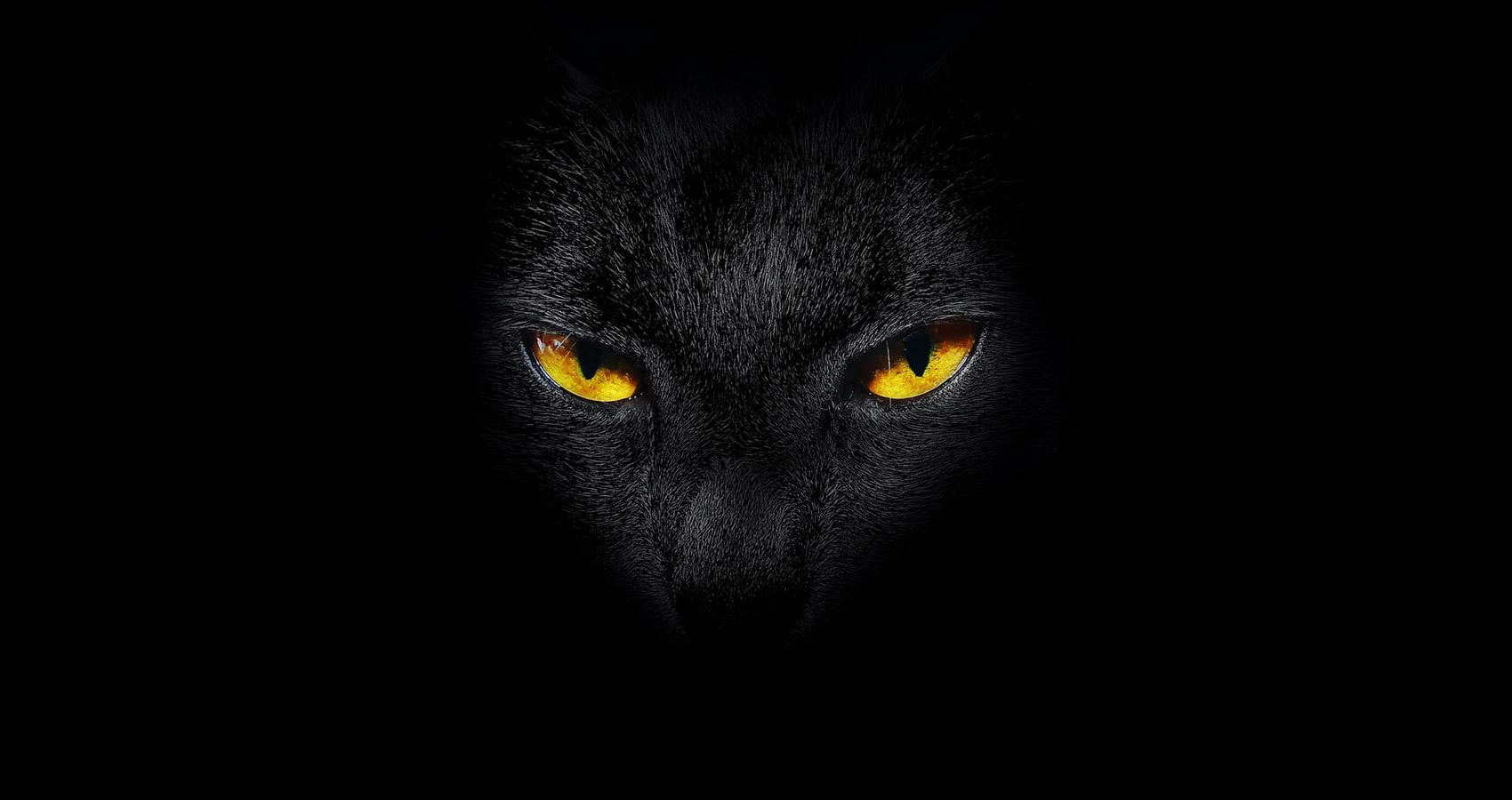 You ought to know Mr. Mistoffelees!
The Original Conjuring Cat—
(There can be no doubt about that).
Please listen to me and don’t scoff. All his
Inventions are off his own bat.
There’s no such Cat in the metropolis;
He holds all the patent monopolies
For performing suprising illusions
And creating eccentric confusions.
At prestidigitation
And at legerdemain
He’ll defy examination
And deceive you again.
The greatest magicians have something to learn
From Mr. Mistoffelees’ Conjuring Turn.
Presto!
Away we go!
And we all say: OH!
Well I never!
Was there ever
A Cat so clever
As Magical Mr. Mistoffelees!

He is quiet and small, he is black
From his ears to the tip of his tail;
He can creep through the tiniest crack,
He can walk on the narrowest rail.
He can pick any card from a pack,
He is equally cunning with dice;
He is always deceiving you into believing
That he’s only hunting for mice.
He can play any trick with a cork
Or a spoon and a bit of fish-paste;
If you look for a knife or a fork
And you think it is merely misplaced—
You have seen it one moment, and then it is gawn!
But you’ll find it next week lying out on the lawn.

And we all say: OH!
Well I never!
Was there ever
A Cat so clever
As Magical Mr. Mistoffelees!

His manner is vague and aloof,
You would think there was nobody shyer—
But his voice has been heard on the roof
When he was curled up by the fire.
And he’s sometimes been heard by the fire
When he was about on the roof—
(At least we all heard that somebody purred)
Which is incontestable proof
Of his singular magical powers:
And I have known the family to call
Him in from the garden for hours,
While he was asleep in the hall.
And not long ago this phenomenal Cat
Produced seven kittens right out of a hat!
And we all said: OH!
Well I never!
Did you ever
Know a Cat so clever
As Magical Mr. Mistoffelees!