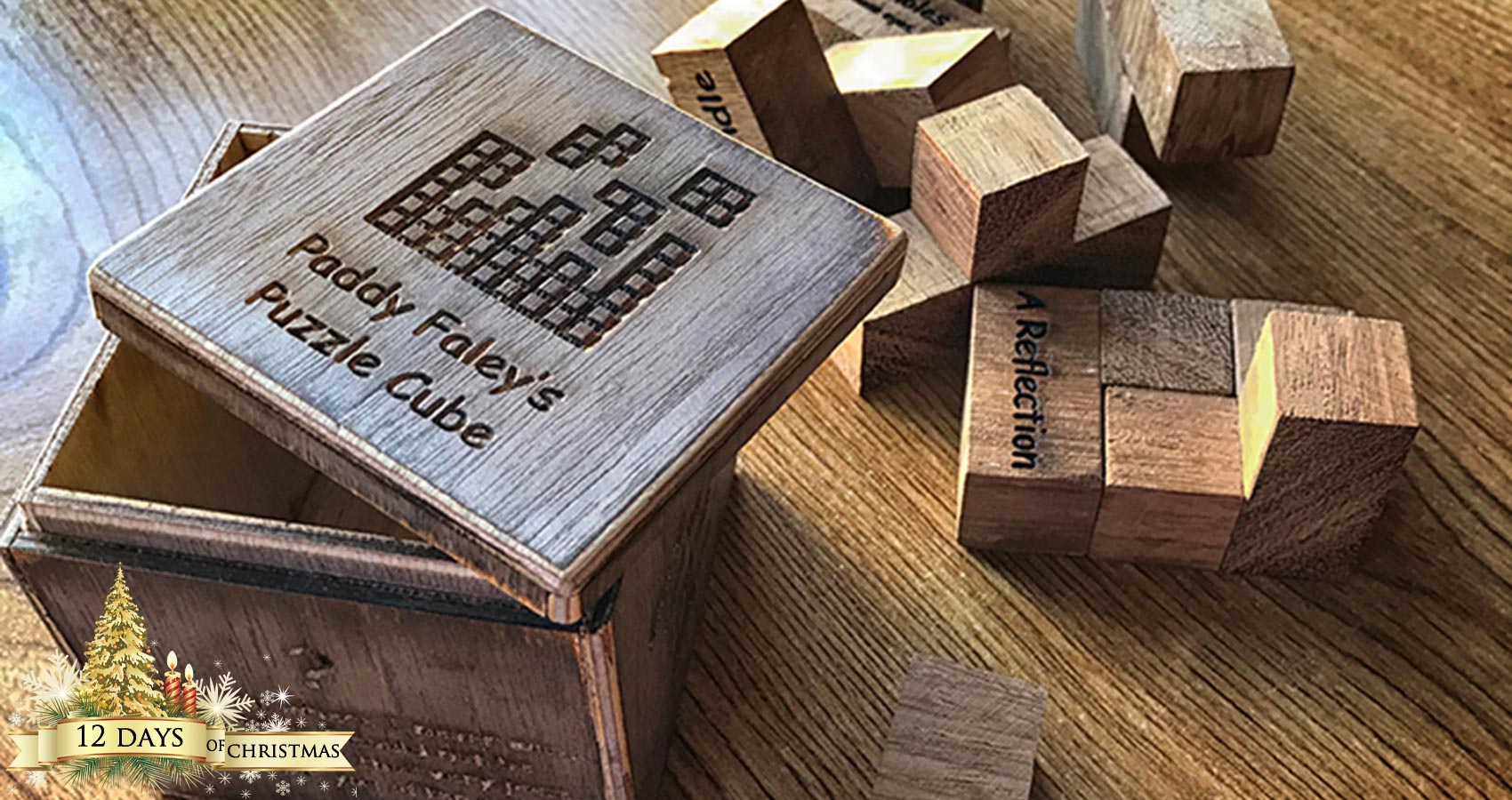 Everyone knows that at this time of year
Presents are given to those we hold dear
In our house each name goes into a hat
And you buy for one person, it’s simple as that

When you draw out that name though which no one must know
You hope to surprise them when out shopping you go
So it makes a big difference which name that you’ve got
Some are easy to buy for, while others are not

Last year I believe my son pulled the short straw
As he told me he panicked when he got ME in the draw
What would he get as a gift for his mother?
Why could he not have chosen his brother?

So that very minute he made up his mind
To start on a project that would take quite some time
It would include some of the riddles his Grandad used ask.
Hour after hour he worked on his task

Although boxed and wrapped nicely it didn’t look much
But he hoped I’d appreciate the personal touch
Each side was engraved with a riddle from Dad
While the shapes fitted within it, the answers they had

As each one took their present from under the tree
I couldn’t help wonder which one was for me
Soon all that remained was that tiny wee gift
It had to be mine, there was no one else left..

As I carefully opened my little surprise
The first glimpse I got, brought the tears to my eyes
Memories flooded back of happy times had
Trying to solve the same puzzle with the help of my dad

There was no need for thank you. In my face you could see
That this thoughtful present meant so much to me
As my son watched with pleasure he whispered “There’s more..
That puzzle was made from your father’s front door.”

I am so grateful to him for being so clever
As to think of a gift I will treasure forever
I’m sure Dad was smiling when that present was given
I’ve no doubt it was influenced by him up there in Heaven.

JULY 2020 AUTHOR OF THE MONTH at Spillwords.com
I am a retired teacher and photographer also. Having grown up a country girl I love spending time outdoors with my grandchildren, taking them to scenic places and sharing our beautiful natural surroundings with them. Nature and experiences shared with them inspire me to write.